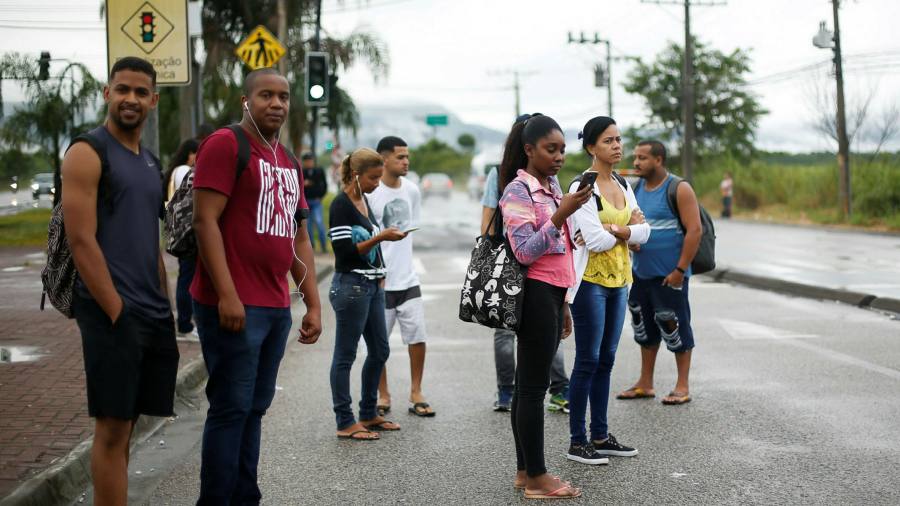 In accepting his 1982 Nobel Prize for literature, Gabriel García Márquez spoke of “the loneliness of Latin America”. He was alluding in that speech to the lack of opportunities for the region’s development in the context of the cold war.

Since the fall of the Berlin Wall, the economies of Latin America have revolved around commodity production for export. From Chilean copper to Brazilian crude and Argentine soyabeans, Asia generally (and China in particular) have shown insatiable demand for Latin commodities. The resulting growth has been cyclical and uneven: it has fuelled Icarian stories of vast wealth and corruption that are worthy rivals to García Márquez’s magical realism.

As the world moves toward a greener future, however, this extractive development model has a limited shelf life. It will be challenged by green initiatives in Europe and elsewhere. Latin America urgently needs find a more sustainable and inclusive growth model. One exists in the form of digital services.

The region represents a fantastic market prize. With a population of 700m it is roughly half the size of China and produces a considerably larger GDP than India. Yet its greatest asset is its relative youth: it finds itself in a demographic sweet spot, with a younger age profile than developed markets but with higher average incomes than south Asia.

Over-reliance on commodity exports worsened inequality, creating super-rich elites. Local capitalism has long been held back by cartels and monopolies, so the Latin middle class is relatively small and underserved.

Digital services can change this. Domestic markets are only part of the story. What begins with the provision of more efficient and competitive services can produce economies of scale to build global businesses, as has been the case in Asian technology. Latin America has both the market size and the margins to attract the needed investment.

It also has the talent. Because of its relative wealth — and despite its notorious financial instability — Argentina was an internet pioneer in the 1990s, aided by a modernising government. From groundbreaking fintech Patagon in 1999, it grew regional champions such as ecommerce leader Mercado Libre and the services exporter Globant. In the past decade, Brazil and Mexico have taken the lead, with the emergence of Nubank, the recently IPO-ed neobank, and auto marketplace Kavak.

Investors who once dismissed Latin pitch decks are now rushing in. The resulting gold rush will produce some big winners and spectacular failures, yet the individual stories matter less than the emergence of digital ecosystems.

Latin American exports of services trail not just Europe and the US, but also emerging Asia. The emergence of local players will change this. Tech talent in Latin America can be half the cost of eastern Europe’s or a quarter of Miami’s, let alone San Francisco. As the market for coding talent expands, so will market share in services exports. This will boost local markets, creating options where there were once monopolies.

At last competition is coming to the rusty cartels. They will oppose it even as they try to reverse-engineer innovation. Do not heed them. For far too long the region has been held back by those who talk about freedom only to entrench their own rents. That is why over half of adults in the region have never had a debit card and pay more for data roaming than almost anywhere else.

Locals will not be alone for long. The expansion of Singapore’s Shopee in Brazil and Amazon in Mexico show why we should welcome foreign investment in a neglected region. The combination of remote hiring and local development should boost wages and strengthen the middle class. This could be transformational, particularly for countries with recurrent balance of payments crises such as Argentina. The export of digital services has a future as bright as agriculture, but with far better productivity and climate implications. It may even be the saving grace of more traditional sectors such as real estate.

The region also needs scale. It must revitalise dormant regional integration projects, such as Mercosur and the Andean Community. In a world tending toward multipolar trading blocs, the case for Latin integration is stronger than ever. Eventually this could include a single currency. In that sense, the EU should not merely be a trade partner, but also an example of what is possible.

In his Nobel speech, García Márquez said that when confronted with tragedy, Latin America’s answer was life. It was a prescient demographic comment: today’s youthful technology sector can drive the move away from an extractive development model. The soyabeans of the future are digital services.