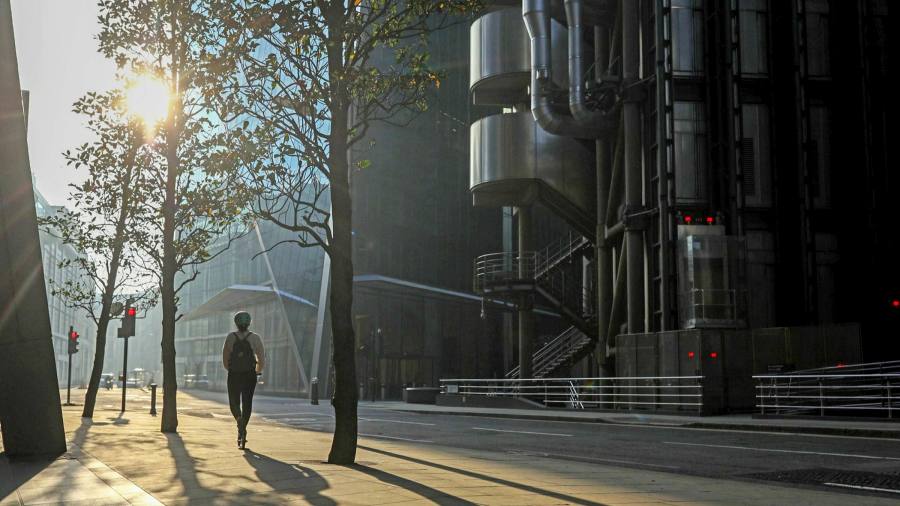 Sign up to myFT Daily Digest to be the first to know about Mental health news.

One of the key arguments made against lockdowns over the past 18 months has been the effect they would have on mental health, and the idea that the death toll from suicides could even rival deaths caused directly by Covid-19.

“You’re going to lose more people by putting a country into a massive recession or depression . . . You’re going to have suicides by the thousands,” Donald Trump, then US president, told Fox News in late March 2020 as he argued for easing restrictions. “150,000 Brits will die an ‘avoidable death’ during coronavirus pandemic through depression, domestic violence and suicides,” one Daily Mail headline claimed the following month.

Mental health does indeed appear to have been negatively affected by Covid in many ways, though trying to work out whether this is a result of lockdowns or the virus itself is tricky. The UK’s Office for National Statistics found that in June 2020, almost one in five adults experienced some kind of depression, double the rate reported before the pandemic; in late March 2020, at the start of the lockdowns, almost half of British adults reported high levels of anxiety. Deaths from alcohol misuse, meanwhile, hit their highest levels in two decades in 2020, up a fifth from the year before, while in the US, drug overdoses reached record highs.

So far, so grim. And yet the number of people dying from suicide actually appears to have fallen when England and Wales went into lockdown. Figures published by the ONS earlier this month show that between April and July 2020, 18 per cent fewer people took their own lives than in the same period in 2019, and 13 per cent lower than the five-year average, with the most significant falls coming from men and young people.

The ONS data is only complete up to July 2020 because of death registration delays, but observational data from England shows no increase in suicides in the seven months after the first national lockdown. And similar patterns can be seen elsewhere. A study of 21 countries and regions published in The Lancet found no increase in the early months of the pandemic, with rates falling in 12 of the places examined.

This might sound pretty counterintuitive. And yet there is a precedent for such a phenomenon, which could help explain what is going on: research has consistently shown that during periods of war, suicides fall. This is because at times of national crisis, social cohesion and altruism tend to increase, meaning that people often feel less isolated — a theory that first gained prominence in the 19th century when Émile Durkheim observed that suicides tended to be higher during peacetime.

“It’s this idea that everyone is suffering here, so I’m not alone, it isn’t just me,” says Nav Kapur, professor of psychiatry and population health at the University of Manchester, who is an expert in suicide prevention and one of the authors of the Lancet study.

Ben Kelly, a writer for Reaction, made two attempts on his own life last year — once before the virus really hit, in January 2020, and once at the end of the year, on New Year’s Eve. He tells me that although he struggled greatly during the lockdowns, turning to drugs and alcohol, seeing the number of deaths each day made him think more about the value of his own life.

“People getting ill and dying — it does make you think about your own mortality,” he says. “Last year was a bit of a year of extremes for me. I had some terrible times, but I did have some fun and did enjoy some aspects of (the lockdowns).”

It seems that not only have there been mixed experiences between people; there have also been mixed experiences within people. I personally felt anxious at the start of the pandemic — I remember struggling to sleep — but I also felt happier overall, as I reconnected with nature and old friends, drank less and forged stronger ties with my local community.

Last April, I suggested that lockdown wasn’t just a matter of avoiding as many deaths as possible; it was also about making sure we lived in a morally acceptable, decent society. In the soul-searching that will follow this pandemic, perhaps we can reflect on how to foster a sense of “all being in this together” without the need for a global crisis.