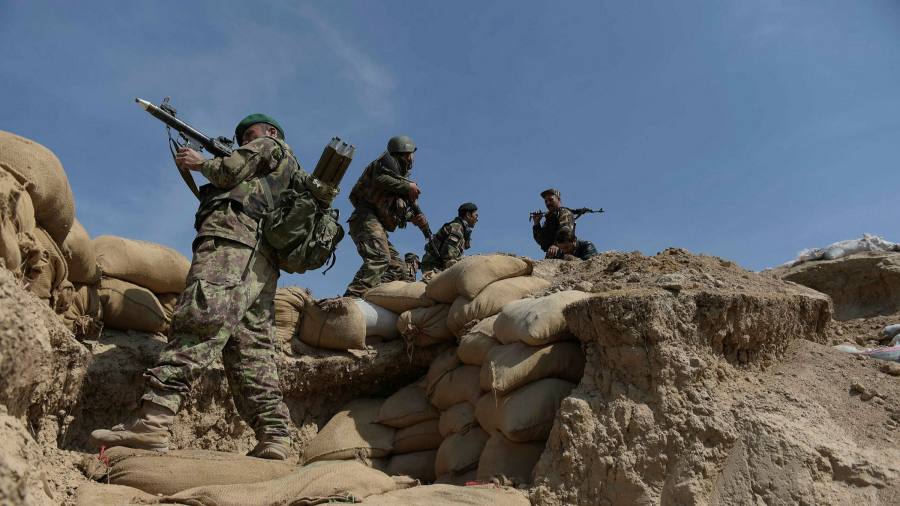 After the suicide bombing at Kabul airport that killed at least 13 US service members and more than 100 Afghan civilians, President Joe Biden stood by his rationale for withdrawing: “I have never been of the view that we should be sacrificing American lives to try to establish a democratic government in Afghanistan.”

Once the last US troops depart by Tuesday, the world’s attention will turn to other matters. Biden’s story may well harden into the first draft of history. He was right to withdraw, though he botched the execution, the story would go. But this is too simplistic.

These casualty figures undermine the most prominent reason Biden has given for the withdrawal. As he put it on August 16, the day after Kabul fell: “American troops cannot and should not be fighting in a war and dying in a war that Afghan forces are not willing to fight for themselves.” One can only imagine the indignation of the families of the 59,000 dead Afghan soldiers and police upon hearing those words.

True, the Afghan army ultimately collapsed. But this was not fundamentally a case of a lack of willingness to fight. Rather, the army had already been badly depleted by casualties. With the exception of its special forces, its morale plummeted when western logistical and military back-up was suddenly withdrawn, leaving forces spread widely, isolated and unable to move casualties out and supplies forward.

Washington is entitled to blame the leaders of the Afghan government for their part in the defeat. Many of them disgracefully fled the country with their soldiers still in the field. They were also involved in the rampant corruption that fuelled the insurgency.

But for Biden to pass the buck to ordinary Afghan soldiers is dishonourable. If anyone is to blame, it is not them. Rather, it is a tribute to their bravery that despite such poor leadership, they held out in their outposts, fighting with their backs to the wall — to protect families who could not escape.

Further, Biden’s story that US forces were in Afghanistan to “establish a democratic government” is inaccurate. Since at least 2014, the role of US forces there, who by 2020 numbered only 2,500, was simply to act as a backstop for the Afghan forces, not to nation build. With that relatively modest military commitment acting as a keystone, the Afghan army had been able to contain a well organised and well-funded Islamist insurgency.

The goal was that the military stalemate should lead to a peace deal. But why would the Taliban have ever agreed to that when the US was adamant that it would leave on August 31, come what may? We know now that Biden’s timing was driven not by conditions on the ground, but by the terms of President Trump’s February 2020 deal with the Taliban, which he modified and implemented. That resulted in an unnecessary cliff-edge type withdrawal, and the shambolic exit which has culminated in the chaos at Kabul airport.

Whatever the story of the war in Afghanistan in years to come, the least Biden could do is acknowledge the sacrifices of ordinary Afghan soldiers, rather than, shamefully, to blame them. But perhaps it is too incongruous in the same breath to say to them, terrified as they must be at the prospect of Taliban retribution: thank you for your service, but we can’t evacuate you.