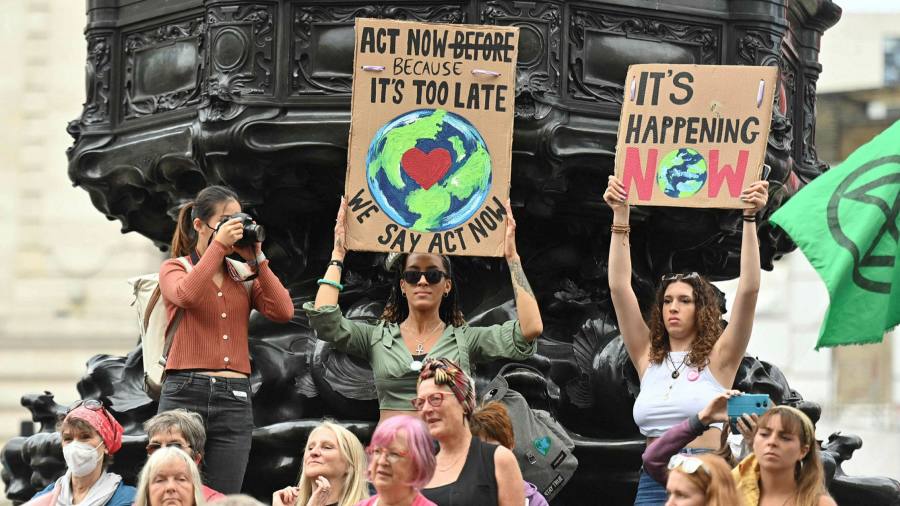 If any further proof was needed, this summer’s UN climate change report established beyond doubt that time is running out for humanity to contain catastrophic climate change. There are reasons for hope: accelerating progress in technology, growing business acceptance, and a clear prioritisation by policymakers mean that a pathway to net zero has a fighting chance to become a reality. But for societies confidently to take the next steps on this path, a deeper and broader political consensus behind them is needed.

As a new report from the Tony Blair Institute points out for the UK, the cuts achieved until now were relatively low-hanging fruit such as decarbonising energy, achievable through policy alone. The remaining cuts required to reach net zero will depend far more on behavioural change by individuals. Success relies not just on designing good policy, but on getting the politics right so as to build broad-based support for what needs to be done.

Despite climate change’s ubiquity in news reports, a large share of the population is not well informed about the task ahead. In the UK, for example, more than a quarter of survey respondents have not even heard of the concept of net zero. Those who have often say they do not know much about what it means or requires.

The political and educational task, in other words, is as urgent as the policy task — indeed more urgent since the latter’s success depends on the former.

That should not mean, however, trying to convince everyone they must change their lifestyles radically. That is unlikely to work: demands that essentially put the onus on individuals will alienate too many people in an environment of insufficient knowledge about what net zero means and distrust about the intentions of politicians.

An example of this was the Yellow Vests insurgency in France. Protesters rebelled against the government’s decarbonisation policies not as climate sceptics, but because they distrusted the administration and regarded the policies as unfair. Whether or not those views were justified, the conflict they sparked made effective climate policy that much harder.

Adopting a moralising tone and appealing for radical lifestyle change may be unnecessary, as well as pragmatically unwise. As the TBI report points out, the most significant actions individuals will have to take involve adopting electric vehicles and emissions-free home heating — in other words, decarbonising the way we live rather than giving it up. If this is achieved, net zero may be compatible with modest reductions in activities such as travel and meat eating.

Some particularly extreme forms of climate activism — such as the millenarian radicalism embodied by Extinction Rebellion — have raised awareness. But by doom-mongering, rather than providing practical guidance, their work risks alienating often well-intentioned individuals and could even be counterproductive to the cause of climate change mitigation.

Instead, the message politicians must communicate is twofold. First, emphasise the facts: climate change is an urgent threat, it requires all of us to act — but if we act together, the sacrifices are far from prohibitive. Second, acknowledge that people will need help to take the right choices — and ensure that it is forthcoming. A consensus around mass adoption of carbon-reducing technologies can be achieved if adoption is rewarded and costless for those at the bottom. The alternatives — insufficient action, or calls for asceticism — will lead to division and failure. Climate change is too important to be lost to culture wars.