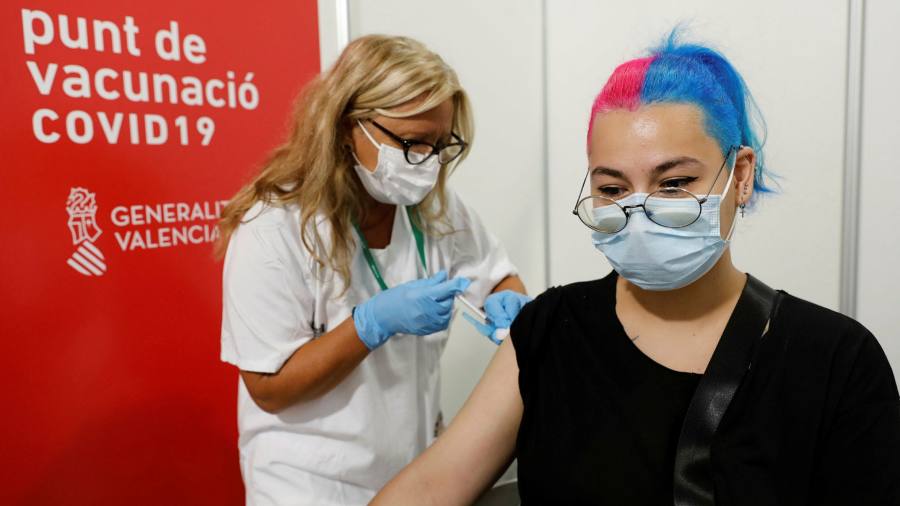 After a slow start, the EU campaign to vaccinate its population against Covid-19 has turned into a success. The bloc as a whole has overtaken the US in terms of first and second doses per 100 people. It should surpass the UK within a few weeks. Spain, Portugal and Denmark are already ahead. The EU met its target of administering one jab to 70 per cent of adults by July and should hit its next one of fully vaccinating 70 per cent in the coming seven weeks.

The racing start to inoculations in the US and UK at the beginning of the year made for an unflattering comparison with an EU reputed to be slow and bureaucratic. But the political and media backlash against Brussels in Germany was ferocious too.

The European Commission, which took over responsibility for vaccine procurement, made mistakes: it was slow to sign contracts and did not do enough to ensure manufacturing capacity was in place. It picked an unnecessary fight with Britain over vaccine supplies. Its export restrictions allowed the EU to be painted as protectionist, when it was far from it. Its biggest mistake was to count on AstraZeneca, which repeatedly missed its delivery targets. Overall, the EU acquired the vaccines it needed after several weeks of penury.

National governments also bore responsibility for the sluggish rollout. Some failed to see the benefits of mobilising all resources. French president Emmanuel Macron undermined confidence by questioning the effectiveness of the AstraZeneca vaccine. Some governments were too bureaucratic. Most got their act together by the time supplies became plentiful but then concerns over rare side effects brought more disruption.

If the bloc as a whole has caught up, some countries in eastern Europe remain woefully behind. Bulgaria has given one vaccine dose to only 20 per cent of its adult population, Romania 32 per cent. This performance should be unacceptable to rest of the EU.

Hesitancy is now the main constraint but less so in the EU. The vaccination rate in the US and UK is now half of the EU’s. Some EU countries were vaccinating several hundred thousand people a day before the August holiday lull. Spain has managed this through systematic targeting of specific age cohorts. Some have begun jabbing children over 12. Others have resorted to inducements, ending free Covid tests, introducing Covid pass requirements or even vaccine mandates for health and social care workers.

The requirement to show proof of vaccination or a negative Covid test to access restaurants and bars and cultural, sporting and entertainments venues in France led to a large uptick in vaccination appointments. Health minister Olivier Véran has said the Covid pass could enable France to vaccinate another 10m people. Italy is applying a pass with a little more flexibility than France and without the public backlash, but still hopes to fully jab 80 per cent of over 12s by the end of next month. And on Tuesday, Germany said proof of vaccination or a negative test would be required to access hospitality or cultural venues in local areas with high infections. There was no mention of a pass — a distinction without a difference.

A Covid pass may have the desired effect on the complacent but it could make the recalcitrant all the more so. Sustained and targeted information campaigns will be indispensable. The spread of the Delta variant means herd immunity may never be reached. Boosters may be needed. It is going to be a long haul. But Europeans can take comfort: having lost the sprint, they are well placed in the marathon.