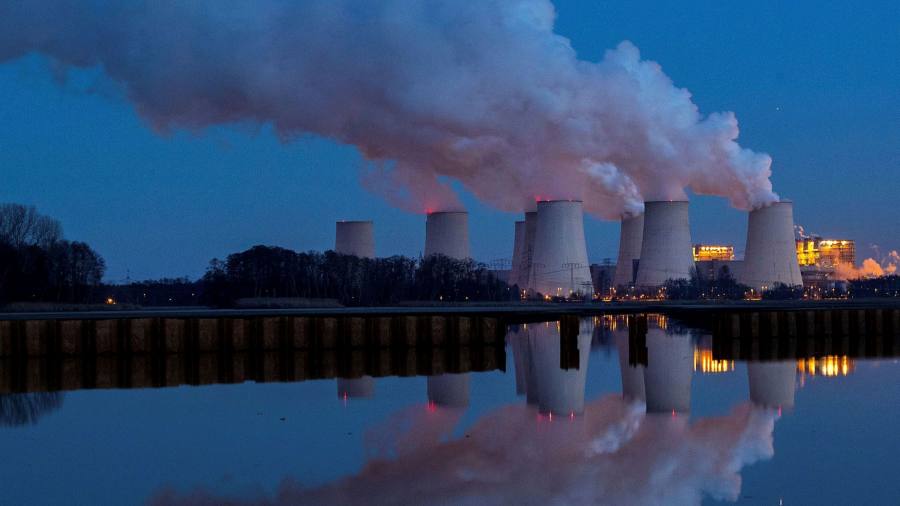 Sign up to myFT Daily Digest to be the first to know about EU energy news.

Even as European power companies report ever-greener long-term transformation plans, they are planning to burn more coal in the near term.

Economically, they have little choice if they are to follow European regulations on carbon price charges while also minimising electricity costs for their end consumers. And in any case, they are likely to be short of gas this winter.

The issue for the generating companies, their regulators and the rate-paying public comes down to the comparative cost of generating power from gas.

The intent of Europe’s regulations and its emissions market has been to raise the total cost of coal-fired power to the point where economics compel the fuel’s replacement with renewables, nuclear, or (somewhat cleaner) gas. But the emissions market has arguably not been doing its job lately.

Under the EU Emissions Trading System, polluters have to buy permits to emit carbon above agreed levels. Companies that emit less than agreed levels can sell permits to pollute, thus providing an incentive to cut emissions. In theory, this should make coal more expensive and gas cheaper.

However, after taking into account the price of emissions allowances, the cost of generating power with gas in Germany in the last week of August was about €104 per megawatt hour, while the cost of generating power with coal was about €97 per megawatt hour. Results may vary, depending on the heat efficiency of a coal or gas generator, but those price levels reflect the current market.

There is no question that the power companies’ managements are unhappy with getting coal for Christmas but it is cheaper to use.

Part of the reason for this is that the prices of carbon emission allowances have not risen as sharply as those for coal or gas. This could be due to the imperfect operations of the European carbon credit scheme.

But I would also suspect that energy trading desks would be chary of owning a lot of carbon emissions credits because of the potential for Russia to increase gas supplies more than expected, leading to a price crash.

At the moment though, “natural” gas, the transition fuel to a fully renewable energy, circular economy future, is in short supply. This is thanks in part to Gazprom, the Russian gas giant and instrument of state energy policy.

As one big investor in Russia put it to me: “They needed to show Europe what would happen if Nordstream 2 (the controversial gas pipeline from Russia to Germany) was not fully approved and completed.” So the investor says Gazprom has been filling storage in Russia, in effect making it more expensive to do likewise in the EU.

Gazprom has long been a convenient villain for those looking to attribute blame for rising gas prices. It has always vigorously defended its actions in the gas market in the past and can be expected to continue to do so. Low levels of gas stored by Gazprom this year in Europe could be because of technical issues, or mere coincidence.

However, it has done well out of the European gas supply squeeze, with the rouble share price increasing from 210 in January to 315 this past week. Even in dollars, Gazprom is above the five-year share price high and has a forward dividend yield in the low double digits. But then other Russian energy company shares have high yields and low prices.

In any event, according to futures market prices for the next several months, the price of gas at TTF, the Dutch delivery hub that is effectively the base rate for European gas prices, should peak in December or January, just as Nordstream 2 is planned to come fully on line.

Even then, though, gas prices will be substantially higher than they were in 2019 and two or three times what is expected in the US. Demand is likely to continue to stay strong.

Renewables-intensive European companies may have to use coal power now, but they, their investors, and their lenders want new cleaner plants.

Take Uniper, the German power generation giant, for example. It put out an investor presentation last month with a proud headline “Decarbonisation efforts in Europe — Coal exit ahead of plan”. Like other European generators, Uniper is closing (or mothballing) coal facilities and spending on “hydrogen infrastructure development”.

If such moves push gas prices higher, though, there has to be a populist political risk to European greening. As ratepayers’ bills are opened this winter, we will see if demagogues seize an opportunity.