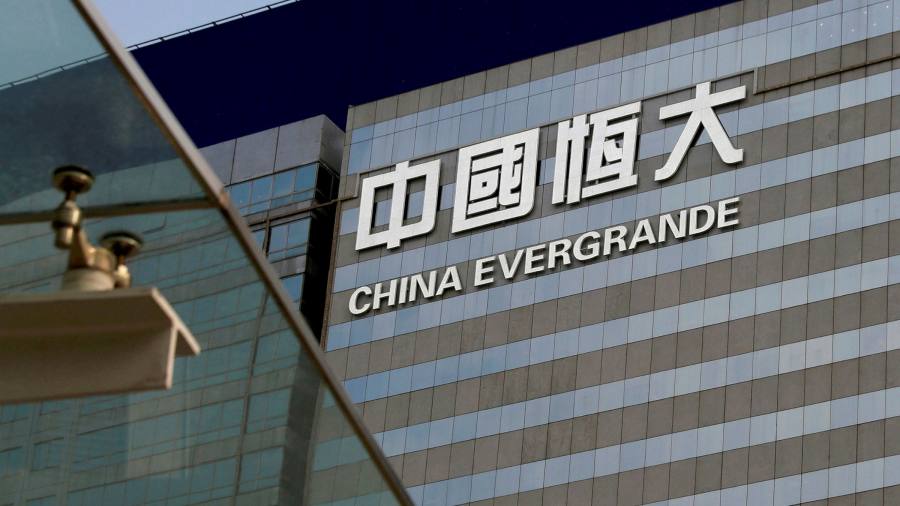 Sign up to myFT Daily Digest to be the first to know about Evergrande Real Estate Group Ltd news.

China’s most indebted group has admitted — for the first time — that it may default on some of its borrowings. Local developer Evergrande once seemed to have no lack of fallback options in the event of a liquidity crisis. Recent events have undermined those assumptions.

Evergrande is struggling to service its $89bn debt pile. Shares are down 73 per cent this year and its dollar bond maturing in 2025 is down to about 25 cents on the dollar.

During normal times a cash crunch would not have been so serious. Local banks and other non-bank financial institutions, such as trust companies, could be counted on for a quick fix. It could sell off property and subsidiaries. Its debt pile may have been seen as too big to fail, making a government bailout likely.

Yet its troubles have come at the worst possible time. New property sector regulations restrict banks from giving out new loans to indebted developers. Trust companies, which have accounted for about 40 per cent of borrowings, are getting jittery. Evergrande has $1.7bn worth of trust loans coming due in the current quarter.

A slowing housing market has made it harder to dispose of property. Evergrande’s contracted sales fell by more than a quarter in August. Discounts have failed to boost demand.

Of its listed assets, its Hong Kong-listed electric vehicle unit, with a market value of $10bn, may once have been a fallback. Yet lossmaking Evergrande New Energy Vehicle Group has yet to sell its first car. Finding a buyer could prove more challenging than selling property.

Government support is also looking increasingly unlikely. Some may point to the bailout of Huarong, the distressed debt investor, as grounds for hope. But Huarong was state-owned and a key part of China’s financial system. Evergrande is neither.

Beijing’s crackdown on the property sector is just getting started. Historically, regulators have made an example of selected companies to signal their intent. That may turn out to be Evergrande’s fate.