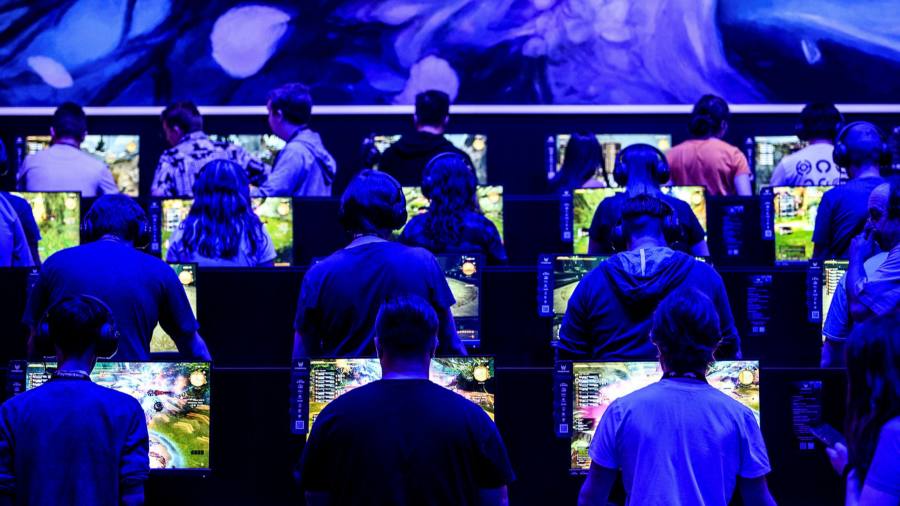 Sign up to myFT Daily Digest to be the first to know about Gaming news.

Accusations by Chinese state media this week that gaming companies are selling “spiritual opium” were calculated to cause a stir: this is a country where historical accounts of widespread addiction, and the humiliation of the 19th-century Opium Wars with Britain, still provide a useful lens through which to view its 20th century rise. Yet the social problems with computer games that it referred to are by no means limited to China. Indeed, the World Health Organisation in 2018 added gaming to its list of addictive behaviours.

Computer games have often been the subject of moral panics. In 1981 a British MP attempted to introduce a bill to ban Space Invaders. Teachers had warned that the coin-operated arcade game was making children “crazed, with eyes glazed, oblivious to everything around them, as they play the machines”. Later, opponents warned of the dangers of violent video games — supposedly corrupting and desensitising a generation of children, though they turned out in fact to be much less likely to turn to violent crime than previous ones.

That such games are a new form of entertainment has contributed to the sensationalism. In 1916 the British home secretary blamed “cinematograph films” for a rise in juvenile delinquency, while an 18th-century Rhode Island preacher once wrote of his concern that romances and novels were poisoning the minds of the young. Those in charge of regulating games, or at least reporting on them, had only rarely grown up playing games themselves. Unfamiliarity helps breed fear. That is changing, and as governments wake up to the commercial opportunities, a more tolerant attitude is spreading.

Video games have clear benefits. Beyond being a source of joy and entertainment, many now come with much more compelling storylines and imagined worlds than the creators of Space Invaders would ever have believed. This year, especially, as the pandemic forced millions into lockdowns, online games have provided an outlet for socialising without meeting in person or suffering through a stilted video conference. More than half of Americans played video games during the first phase of the pandemic.

The industry does, however, have a case to answer on addiction. The proliferation of supposedly free-to-play mobile games that rely on a small number of what are nicknamed “whales” — players who pay excessive amounts for bonuses — has created a new business model. Designers increasingly think about “persuasive design” to keep players engaged, such as rewards arriving frequently enough to leave people wanting more, but not enough to satisfy them. Often these are the same tricks that social media companies use to keep users coming back. Many mobile games explicitly advertise themselves as “addictive”.

Cynical techniques, too, are used to extract as much money as possible. Loot boxes that allow players to pay for a chance to gain rewards constitute gambling by any standard. Many parents complain how little they can control the in-app purchases made by their children on seemingly innocent games, and how difficult it is to get the money back. For adults, who have their own money and understand the risks, indulging in an expensive vice is their choice. For children it is a different matter.

Tencent, the gaming company seen as the main target of Chinese state media criticism, has introduced restrictions on the amount of time children under 12 can play the games in an attempt to head off stricter regulation. Under-12s, too, will be banned from making in-app purchases. However concerning China’s broader control mechanisms, these are sensible steps. Gaming companies in the west may want to consider them too.