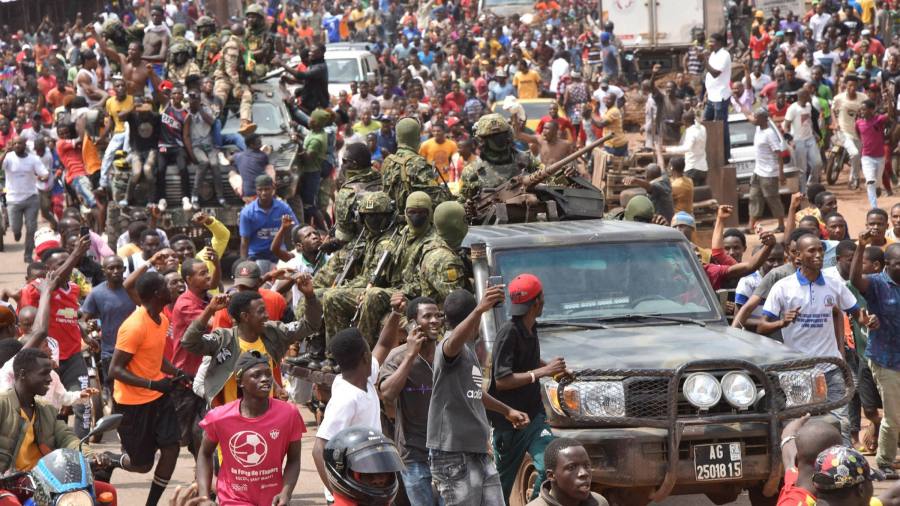 Sign up to myFT Daily Digest to be the first to know about African politics news.

In his first address as Guinea’s de facto leader, Colonel Mamady Doumbouya declared of his gun-enabled route to power: “If the people are crushed by their elites, it is up to the army to give the people their freedom.”

Africa’s experience with dictatorships suggests that little in the way of freedom is likely to come from the coup that overthrew Alpha Condé, the 83-year-old president, this weekend. If history is anything to go by, Guinea’s new military leaders will be a disaster both economically and politically. The African Union, regional bodies and the broader international community are quite right to condemn the coup and to demand a swift return to civilian rule.

But Condé, who was re-elected last year to a disputed third term, also bears responsibility for plunging Guinea back into dictatorship. By manipulating the constitution to extend his power, a practice that has become depressingly common in Africa, he undermined his democratic credentials in the eyes of millions of Guineans. His re-election was accompanied by violent protests in which dozens were killed. His overthrow brought hundreds onto the streets to celebrate his demise — a sorry end for a politician who once presented himself as an agent of change.

The coup has made an unwelcome comeback in Africa. After two decades in which democratic norms — if not always sound democratic practice — became entrenched, the putsch is returning. In recent months alone there has been a coup in Mali (the second in a year) and the installation of Mahamat Idriss Déby in Chad following the death of his father. In 2019 Sudan’s military toppled the 30-year-old dictatorship of Omar al-Bashir.

There are some functioning African democracies. Only last month, Zambia’s electorate ousted the incumbent. Yet all too often, leaders warp constitutions and exploit incumbency, including a monopoly on violence, to cling to power. For overstayers such as Uganda’s Yoweri Museveni (35 years in power) and Equatorial Guinea’s Teodoro Obiang Nguema (42 years), Guinea should be a cautionary tale.

Guinea holds another lesson: the urgent need for better governance in impoverished resource-rich nations. Guinea supplies about a quarter of the world’s bauxite, the key ingredient of aluminium, mostly to China and Russia. A big reason the coup made waves was because it pushed the price of the metal, used in construction, cars and tin cans, to 10-year highs.

For years, foreign companies have participated in an unedifying scramble for Guinea’s massive iron ore deposits, not an ounce of which has yet been exported. A glimpse into the corrupt cesspit was afforded when a Swiss court this year handed down a five-year sentence to billionaire businessman Beny Steinmetz for bribing the wife of a former Guinean dictator. Throughout it all, Guinea’s 13m people have benefited little if at all — a fact that helps explain the collective shrug with which they appear to have greeted Condé’s overthrow.

Guinea’s elites of course share the blame, as do those of other extractive economies such as Angola, the Democratic Republic of Congo and Nigeria. But so too do the multinationals willing to pay corrupt intermediaries to get their hands on assets and the tax havens that enable shell companies to hide bribes and illicit profits. The world — led by policymakers in western financial capitals, through which much of this trade passes — needs to devise a better system to police transactions that amount to near-robbery from some of the world’s poorest people.

Guinea’s new military leaders have assured international markets that supplies of bauxite will keep flowing. But where minerals are abundant, legitimacy is often in short supply.