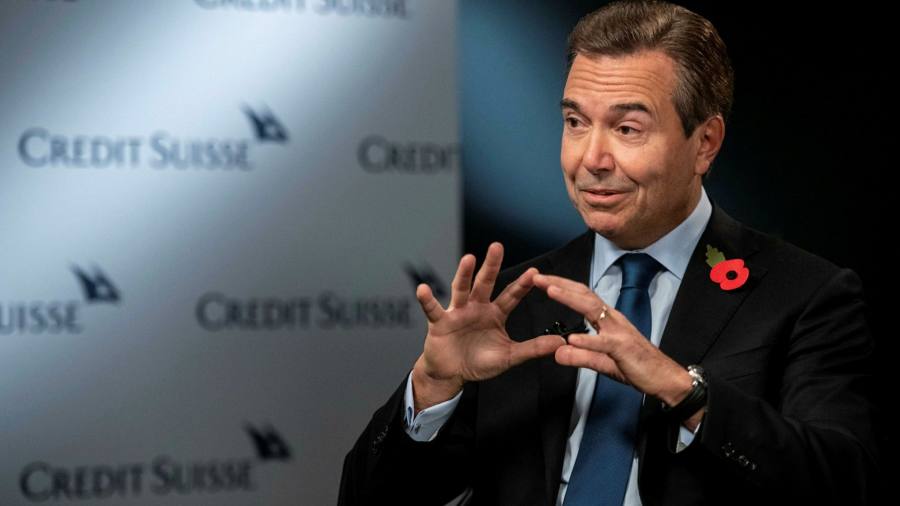 Call it the revenge of the rest of us.

Just after tennis star Novak Djokovic’s deportation from Australia over breaking Covid rules and revelations of lockdown-busting parties in Number 10 Downing Street, high-flying banker António Horta-Osório has resigned the chairmanship of Credit Suisse. His position became untenable after a board investigation found he broke quarantine twice, once each in Switzerland and the UK, including a visit to the finals of Wimbledon.

The revelations undercut his efforts to revamp the culture at the Swiss bank, which is trying to right itself after a long series of scandals ranging from corporate spying to failed risk management. They also underscore a far too common attitude among the world’s elite that rules are for other people.

This was true before Covid. Actor Johnny Depp tried to sneak his dogs into Australia on a private jet in 2015. A year later, former Barclays boss Jes Staley twice tried to uncover the identity of a whistleblower in the first of two regulatory scandals that ignominiously felled him last November.

And hundreds of supposedly green business executives and celebrities never seem to understand the hypocrisy of taking their fuel-guzzling yachts and private jets to climate change conferences.

But the pandemic has imposed so many painful restrictions on so many people that the privileges of the few stick out that much further.

At least JPMorgan Chase chief executive Jamie Dimon and actress Nicole Kidman received official permission to skip Hong Kong’s draconian isolation requirements. Horta-Osório apparently did not even do that. The Swiss newspaper Blick reported that before he flew in and out of the country within three days in November, in violation of a 10-day quarantine, he initially sought government exemptions but was told he would receive no special treatment.

Some defenders of Horta-Osório are painting the Portuguese banker’s departure as an example of the insular Swiss pushing out a foreigner who was making much needed changes. International insiders agree that the bank’s culture feels more Swiss than local rival UBS, and there is some history to support the argument. John Mack lasted just three years as chief executive, ending in 2004. Tidjane Thiam was ousted in 2020 and has described having to fight for acceptance as a French-Ivorian.

But that picture is incomplete. Credit Suisse’s board is international — eight directors are not Swiss, and three more have multiple passports. American Brady Dougan ran the bank for eight years in between Mack and Thiam. And investors and the board genuinely wanted reform after huge losses related to Greensill Capital and the Archegos family office underscored structural and risk management failings

Horta-Osório’s failure to win loyalty of the rank and file in his eight months as chair had more to do with his style than his citizenship. Flamboyant and outspoken, he became one of the UK’s best paid bankers as chief of Lloyds Banking Group, where the married executive caught public flak for meeting up with another woman while on a business trip.

His experience was in retail banking rather than investment banking and wealth management. And unlike in the US, where CEOs often head the board as well, Swiss chairs tend to set parameters for more hands on chiefs.

As chair, Horta-Osório hogged the limelight and lectured the executives. He imposed his own vision through a small team rather than asking Thomas Gottstein, the lower-key, Swiss chief executive for proposals. That contributed to a sense that he was imperious and self-satisfied, particularly after he was knighted over the summer for his work at Lloyds. Many at the bank were heartily sick of him even before the Covid revelations.

Credit Suisse’s shares are down more than 20 per cent over the past year. The bank did draw a line under the corporate espionage investigation and settled with regulators over a separate scandal involving Mozambique tuna bonds. It has more people with strong risk management credentials, including Axel Lehmann, who will be the new chair. But it is not clear that the new leaders can give Credit Suisse the restored international credibility it needs.

Horta-Osório has done the right thing by admitting his Covid violations and resigning. He was too tainted by the rule-breaking to force through a true cultural transformation. But what does it say about accountability that the chair of a Swiss bank has been held to a higher standard than the sitting UK prime minister?