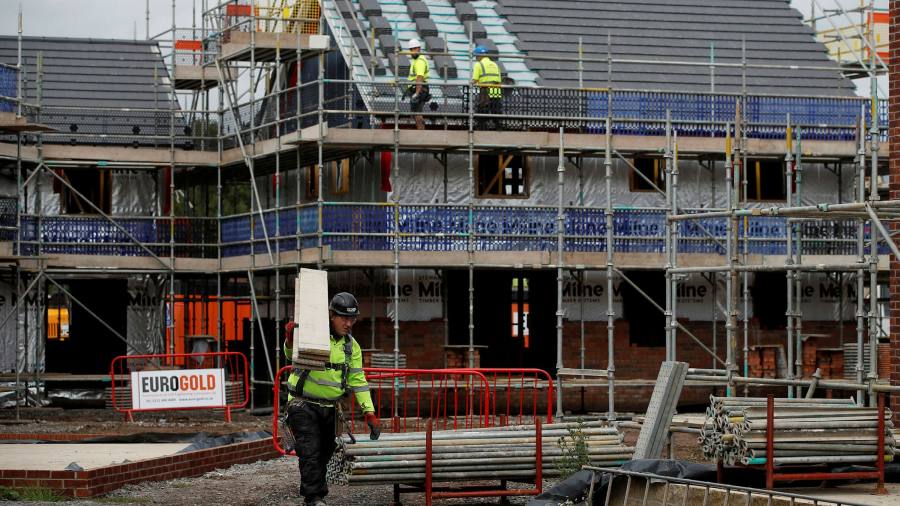 Slogan-chasing politicians want the UK economy to “build back better”. Housebuilders are way ahead of them. The housing boom means bricks and mortar are in record demand. Luxury home builder Berkeley said on Friday that materials posed its biggest inflationary pressure. Rival Barratt said costs would rise by as much as 5 per cent this year. Yet the builders are unlikely to suffer too much.

The benefits of pent-up demand, increased savings and cheap money still have the edge over cost increases. House prices are rising at double digit levels, up 11 per cent over the year to August, according to Nationwide. Builders are responding by breaking ground on more projects. New residential construction in England reached the highest level since the financial crisis in the first quarter of this year. Shortages in materials and labour simply serve to constrain supply and keep prices rising for buyers.

Imported material costs are on a steep trajectory thanks to the global building boom. Products made from steel, copper and timber were up to 60 per cent more expensive in July compared with last year. But these make up a relatively small proportion of building costs. Timber might be 5 per cent of the total, similar to electrical and plumbing components.

Wage inflation poses a bigger risk to housebuilders. It represents about half of all costs. However, this is less of a problem for large companies with employees instead of contractors. Even with the loss of about 100,000 EU workers, building companies are not yet reporting significant labour constraints.

House price rises, net of cost increases, added 90 basis points to Barratt’s operating margins in the year to June. They are now above 2019’s result. But gross margins for the entire sector are still expected to be 2 percentage points lower than they were in 2019, according to consensus. If the boom persists that should leave plenty of room for profit upgrades.