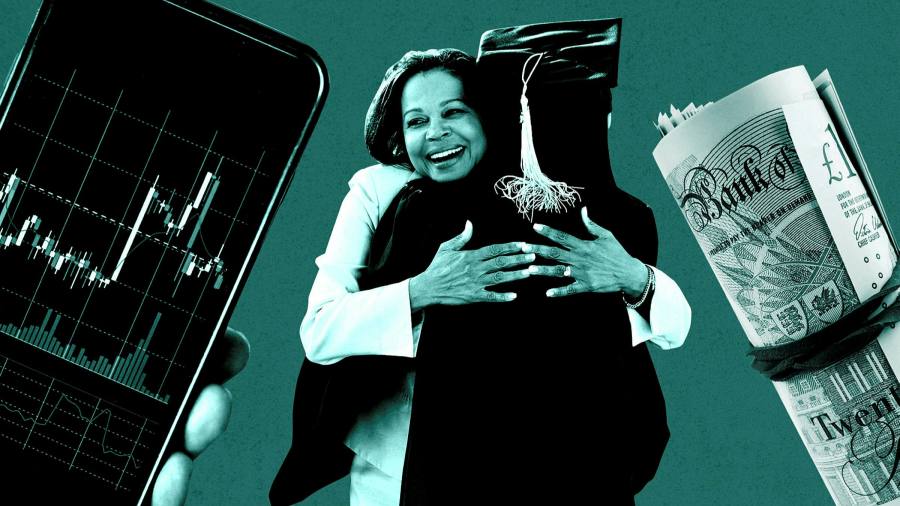 “Money may not buy happiness, but I’d rather cry in a Jaguar than on a bus,” said the French writer Françoise Sagan, a famed and profligate spender. It’s a snappy quote, but tempting as it may be to spend your hard-won bonus on a fancy car today, it could be the sure way to crying on the bus in your 60s. Sagan died leaving a worrying amount of debt.

It’s wonderful to earn a bumper reward and there is some sense in spending a little of a sum that you may feel lucky to receive during a pandemic on treating yourself.

But working out how to use your bonus in the smartest way entails taking account of your financial and life goals.

What’s your financial priority? If you don’t have one, it’s time to think about having one — and to talk about it with your partner, or your family. Your financial situation constantly changes and this bonus is simply the next change to consider.

And with the cost of living crisis seeing inflation climb to 5 per cent and energy bills soar you may be feeling more cautious — or less risk averse — than the last time you had this conversation.

Common savings and investment goals include saving for a deposit to buy a house, paying for private school fees or putting your children through university, planning for retirement or the trip of a lifetime.

All of these come with timescales. Short is less than five years, medium is five to 10 years away and more than 10 years is long term. The longer you have the more you can afford to put your money into higher-risk investments: stock market investments are deemed sensible for anything more than five years.

If you have credit card debts or high-interest loans, pay these off first. Using the windfall to pay off your mortgage is an option but will depend on your appetite for risk and the loan’s interest rate.

A smaller mortgage gives freedom and security. Investing the money could generate higher returns than the loan’s interest cost, but stock market investment comes with the risk of losses.

When investing a windfall, always consider holding it in one of the amazingly useful tax wrappers that stop you having to pay capital gains tax on profits or income tax investment income.

For short to medium-term goals, between five and 10 years away, a stocks and shares individual savings account (Isa) is a great option because it allows flexible withdrawals.

But the one thing the humble Isa can’t prevent is your bonus being taxed, when you receive it, in the same way as your salary. You pay income tax and national insurance, assuming you take it as cash.

It could feel unpalatable for younger investors to wave goodbye to the bonus for 30 years. But if you’re in your late forties or fifties and playing catch-up with retirement planning it’s a no-brainer

The prime way to avoid this is to switch your bonus into your pension.

While a pension contribution is the ultimate step in maximising your bonus if you don’t have a pressing financial goal, your money is locked away — maybe for longer than you expect. In 2028, the age at which you can draw a pension rises from 55 to 57, and younger investors can expect this to rise further.

It could feel unpalatable for younger investors to wave goodbye to the bonus for 30 years. But if you’re in your late forties or fifties and playing catch-up with retirement planning it’s a no-brainer.

Some wealthier or older FT readers may have already maxed out annual Isa and pension allowances (£20,000 and £40,000, respectively), or be close to the lifetime allowance for pensions contributions, currently £1,073,100.

For this group, venture capital trusts (VCTs) are a further tax-efficient option to consider.

VCTs are specialist, high-risk investments as they invest in small companies with shares that are illiquid and can be hard to sell. However, in addition to sheltering your money from tax on capital gains and income, you can claim income tax relief at the rate of 30 per cent of the investment, provided your shares are held for at least five years. So, if you invest £10,000 in a VCT, £3,000 can come off your income tax bill.

Of course, these are the available tax wrappers — and how to invest it is the next decision. The world of VCTs is relatively small. Wealth Club, a platform for experienced investors, recommends the Albion, Baronsmead, Draper Esprit, Northern, and Pembroke VCTs.

But outside VCT, there’s a vast array of direct shares and collective investments to choose from. And you’re probably asking: “Is now really a good time to invest?”

The stock market, as measured by the FTSE All-Share index delivered an 18.3 per cent return in 2021 and there has been plenty of speculation that a correction could be coming.

But let’s put it another way — if the market had just plummeted and you had a large sum to invest would you still be hesitating? Maybe you would be thinking it would fall further. It’s difficult to perfectly time the market.

If you have a lump sum, it’s possible to drip feed it into investments over a period of months to remove the risk of bad timing. However, the longer your timeframe, the less you need to worry about market timing — the important part is to get started.

Most long-term investors try to construct a diversified portfolio with a range of investments, from UK and international equities, with some fixed income and commercial property investments.

Check out the model portfolios from Interactive Investor and other platforms such as AJ Bell and Hargreaves Lansdown for ideas on how to mix 7-10 collective investments.

For smaller bonuses of, say, £10,000, the simplest choice is to feed money into a multi-asset fund such as the Vanguard LifeStrategy 60 per cent equity fund. Alternatively, try a relatively cautious multi-asset investment trust such as Capital Gearing, known for its defensive investment approach and high levels of diversification.

Moira O’Neill is head of personal finance at Interactive Investor. She has a holding in Capital Gearing