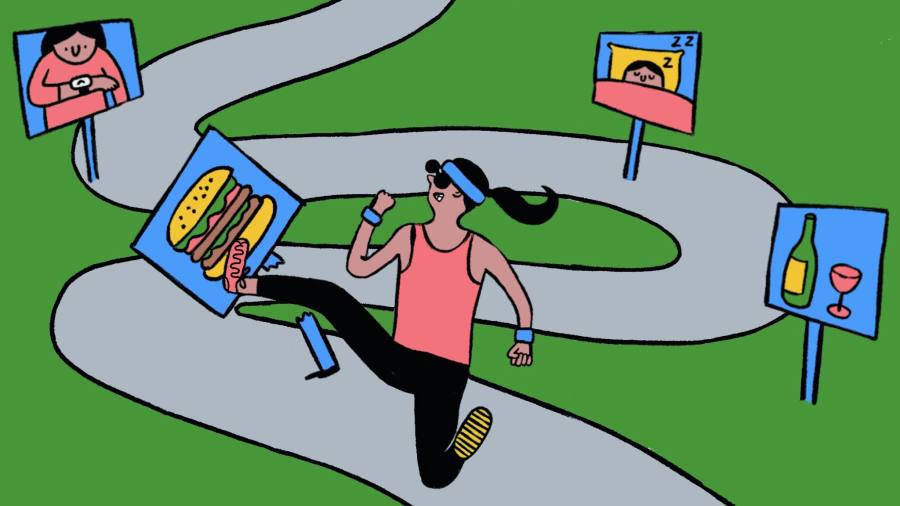 How are those New Year’s resolutions going? If you’re persisting, good for you. Many people do not.

I began musing on this problem in December when the writer David Epstein’s Range Widely newsletter asserted that “New Year’s Resolutions Actually Work Astoundingly Well”. Epstein pointed to the work of behavioural economist Katy Milkman, author of How to Change and co-discoverer of the “fresh start effect”.

The fresh start effect is a tendency to treat certain dates such as birthdays or New Year’s Day as a springboard for personal change. Many other dates can be framed as a fresh start. Milkman and her colleagues, Hengchen Dai and Jason Riis, invited research participants to sign up for email reminders that were designed to spur them towards their goals. Some were told that the reminder would be sent on “the third Thursday in March”. Others were told it would be sent on “the first day of spring”. In both cases it was sent on the twentieth of March, but the uptake was much greater for an email reminder on the first day of spring.

The study didn’t measure whether anyone actually achieved their goals or acquired lasting new habits; all it measured was interest in receiving an email. This is not evidence that New Year’s resolutions work, but an explanation as to why we make our resolutions on the first of January rather than, say, the ninth of October.

A fresh start is just a start. But it is better than nothing. As Milkman argues in her book, if 80 per cent of resolutions fail, that means 20 per cent succeed. Hurrah!

Still, given that the real challenge seems to be not making resolutions, but keeping them, I would like to understand more about that challenge. There is a revealing anecdote at the end of How to Change in which Milkman and her colleague Angela Duckworth discuss the success of a large experiment. This experiment was run with a national gym chain and aimed to get people exercising more. Had it been a success?

If you hope for persistent results, one possible answer is persistent persuasion. “Achieving transformative behaviour change is more like treating a chronic disease than curing a rash,” writes Milkman. You don’t just give someone with diabetes a 28-day supply of insulin, then walk away — and Milkman muses that forgetfulness, impatience and laziness are also chronic conditions, requiring endless vigilance.

There are other approaches. David Epstein, for example, had been struggling to quit his late-night snacking habit. When moving house, he simply decided that he would leave the old habit in the old house. This approach, he writes, was completely successful. This is a twist on the idea of the fresh start. New Year’s Day is over by January the second, but the day after you move house, you’re still in the new house. The fresh start stays fresh.

Epstein also made a clear plan, something that is often missing from resolutions. Your resolution is to exercise more? Great! Where and how will you exercise, and when will you do it? It is better to sign up for a particular exercise class than for a generic gym membership, because you’re forced to be specific about how you will achieve your goal.

Another idea that has stuck in my mind is that our actions are influenced both by impelling forces and by restraints — the accelerator and the brake, if you like. When we want to move, we instinctively stamp harder on the accelerator, but we often get better results from releasing the brake. (I heard this from Nobel laureate Daniel Kahneman, who credits the early 20th-century psychologist Kurt Lewin.) If you’re thinking of embracing a new resolution, ask yourself, “Why haven’t I been doing this already? What has been stopping me?” Answer those questions, and you might learn something that will help make your new resolution stick.

So look for a fresh start that will last, a change of routine or context to which a new habit can be pinned. Make a specific plan for how you will keep the resolution. And figure out what obstacles have been standing in your way.

There is some empirical backing for these ideas, but “how to continue?” seems less well-explored than “how to start?” That should not be surprising, in part because research into persistent behaviour change takes a lot longer than research into quick wins.