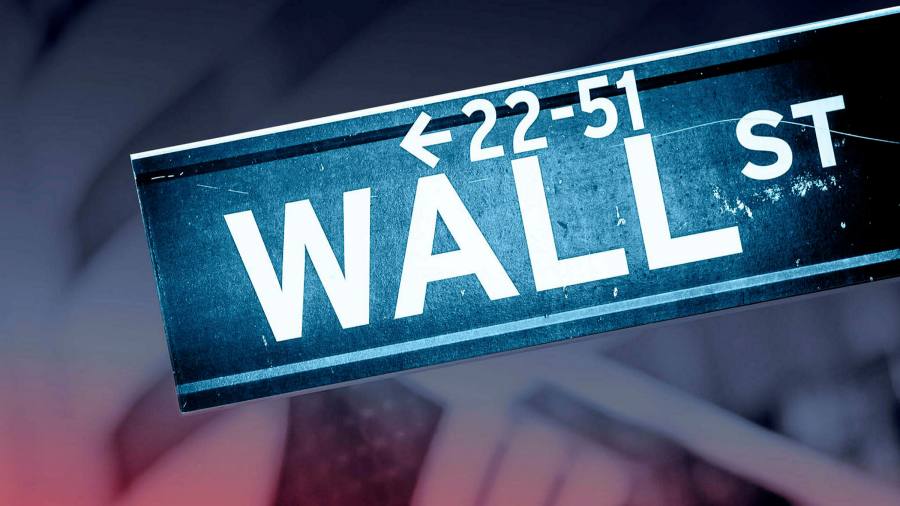 Good morning. The Nasdaq index rallied furiously to the close yesterday, just squeaking into positive territory, after several days of getting slapped around. Someone is buying the dip! The spirit of 2021 lives on!

In that optimistic spirit, we recommend the FT’s Road to Recovery newsletter, which covers how business and the economy have been transformed by the pandemic. Sign up here.

It will be very disappointing if this week’s December CPI report doesn’t give Wall Street and its associated punditocracy an excuse for some level of panic. Inflation is the monster that ate financial commentary, and in the absence of some sort of surprise tomorrow, it’s not clear what all of us will do to keep busy until the weekend.

With that in mind, a brief guide to what you should and should not hyperventilate about.

Everyone expects the numbers to be big — a headline year-over-year number of 7 per cent, according to a Reuters poll, up from 6.8 per cent in November. But it will be the ex-food and energy core number, expected to come in at 5.4 per cent, up from 4.9 per cent last month, that matters (the month-over-month change in the core measure is expected to come in at .49 per cent). Breaching the 5 per cent threshold for the first time since 1991 is one of those big round numbers that may not actually represent much of a change, but seems momentous all the same.

Do not panic if prices of goods continue to rise at a fast pace, or even accelerate here and there. Take deep breaths, in particular, about cars, which make up more than 8 per cent of the index. UBS, for example, estimates new and used car prices will have risen 1.3 and 2.8 per cent, respectively, just since November. But as any member of Team Transitory will tell you, the pandemic has brought both a massive shift in demand from services to goods, and some goods have experienced supply chain problems, autos most acutely. There is reason to hope high goods prices will not stick around for long. Ugly-looking numbers on the goods side, accordingly, seem unlikely to push the Fed into an even more hawkish position.

Panic moderately about shelter prices. Rent and owner’s equivalent rent have been going higher at a strong clip — above .4 per cent month-over-month in five of the last six months. These prices tend to be sticky and Covid-related supply problems (the price of lumber, say) have had minimal influence. Here is what Bob Michele, head of fixed income at JPMorgan Asset Management, said to me yesterday:

It has amazed us how much of the conversation has been about the supply bottlenecks and how they are a cause of a lot of inflation. We are looking at something else: shelter. We look at November, the third consecutive month primary and owners equivalent rent rose more than .4 per cent, so above five per cent annually. If that goes on, it changes the conversation . . . it will validate the newfound hawkishness coming out of the Fed

Why then only moderate panic? Because the CPI measures of shelter costs are lagging indicators. More timely survey measures, such as the rent indices kept by real estate websites, show that the spike in rents, especially for new leases, may have already passed. We have looked at the Apartment List rent index before, but the December numbers came out recently, and the index has turned negative on a month-over-month basis, falling back into its seasonal pattern:

The same message comes through in the Zillow national rent index, which is available through November. This is a UBS chart of that index, showing how it is reverting towards normal levels: Shelter prices are sticky, but there is reason to doubt that they are spiralling upwards.

High levels of panic will be appropriate if we see sharp acceleration in services prices, especially outside healthcare and transport (which are idiosyncratic). Much higher prices in there “other services” — everything from haircuts to lawn care to legal work — would “take people aback,” UBS economist Alan Detmeister suggested to me yesterday. This would indicate that the strong wage gains we have seen recently are spreading pervasively though the economy, in ways that could (in theory) scare everyone into thinking inflation is here to say, and trigger the dreaded wage-price spiral.

Want permission to panic about everything, regardless? Here is how you can talk yourself into that. Consider that the market is now anticipating that the Fed will raise rates four times in 2022. That gets us to a 1 per cent Fed funds rate. That is still a very negative short-term real interest rate. If the Fed gets to its target two per cent rate in 2023 — that still means negative short-term rates. And, as Michele put it to me, “that is not going to constrain the cost of financing anything”. While he acknowledged that inflation will come down as we move through 2022, he is betting it won’t come down to much less than 3 or 4 per cent, well above the official target. Why is he confident in this? From his team’s conversations with companies:

They are pushing through the cost increases they are seeing . . . in both the supplies and the labour costs. Whereas a year ago they were willing to absorb the increases, now they are not willing to. They say aggregate demand is strong enough and they can push prices up, and they will

On this view, the Fed might have to get much more hawkish than it is now, with heavy consequences for markets. Unhedged is not there yet, because we’re just not convinced demand will be strong for long, and the bond market supports our doubts. But Michele’s argument frightens us all the same.

Just how useless is bitcoin?

Bitcoin brushed below $40,000 on Monday. Bears think the cryptocurrency is losing its vim. Conversely, one bull we spoke with, Joel Kruger of LMAX Group, noted bitcoin rallied back to $42,000 even as stocks kept falling. Unhedged has no clue either way.

If bitcoin is indeed heading toward an extended, or permanent, period of sluggish prices, the popular idea that it is a store of value, akin to digital gold, could lose credibility. Nagging questions about what the cryptocurrency is good for will grow louder.

The FT’s resident monetary historian Brendan Greeley amplified these questions in an excellent column over the weekend. He noted that BTCS, a Nasdaq-listed crypto firm, is offering investors a “bividend” — a terrible portmanteau for “bitcoin dividend.” Greeley thinks there is an important point here about bitcoin versus other cryptocurrencies:

Behind the bividend is a bet that, if correct, could have much larger consequences. [BTCS CEO Charles] Allen is offering to pay investors in bitcoin in part because BTCS has 90 bitcoins sitting on its balance sheet that have value, but no productive purpose. Bitcoin, according to Allen, is an unproductive asset, “just literally sitting there”. It might appreciate. But it doesn’t generate revenue, which has historically been the purpose of a publicly listed company . . .

[BTCS’s $8.8m in] ethereum has a job. [Its $3.2m in] bitcoin does not. BTCS has begun staking — placing ethereum and some other cryptocurrencies in a kind of digital escrow, vying for a chance to verify a ledger of transactions. The more coins you have staked, the higher the likelihood you’ll get to verify the ledger. The reward is a fee of more coins.

BTCS makes money on ethereum staking, but can’t find anything better to do with bitcoin than return it to investors.

In principle, this distinction isn’t so binary. If BTCS was so inclined, it could transform its $3.2m in bitcoin into “wrapped” bitcoin — a kind of synthetic stand-in asset — on the ethereum blockchain, stake it there, earn a yield and convert the proceeds back to regular bitcoin.

In practice, this would likely incur steep fees and, worse, miff regulators. But even if earning yield on bitcoin is tricky now, it may get easier as technologists such as Square CEO Jack Dorsey pour resources into bitcoin-native decentralised finance. Bitcoin, in other words, need not be useless.

But even at its best, bitcoin is likely to fall short of ethereum or its newer rivals. Bitcoin is not really built to be useful. It is built to be trustless, decentralised, censorship-resistant and so on. Bitcoin’s years-long block-size war showed its community places decentralisation over usefulness. Attempting to compete with other cryptocurrencies on usability is likely a losing battle.

That is part of the reason why the currency-of-the-future story of bitcoin’s value has given way to the digital-gold story. The latter just needs the price to go up to appear true. It is far less ambitious.

The newer cryptocurrencies have the benefit of learning from bitcoin’s travails, and as such have chosen different design trade-offs. Many, like solana, have opted for usefulness over pure decentralisation. Bitcoiners complain such coins are DINOs: decentralised in name only. If that is the price of mass adoption, it strikes us as mighty cheap. (Ethan Wu)

If business news has seemed especially dour lately, The Economist has a lively piece on the wave of consumer-tech innovation under way in healthcare.