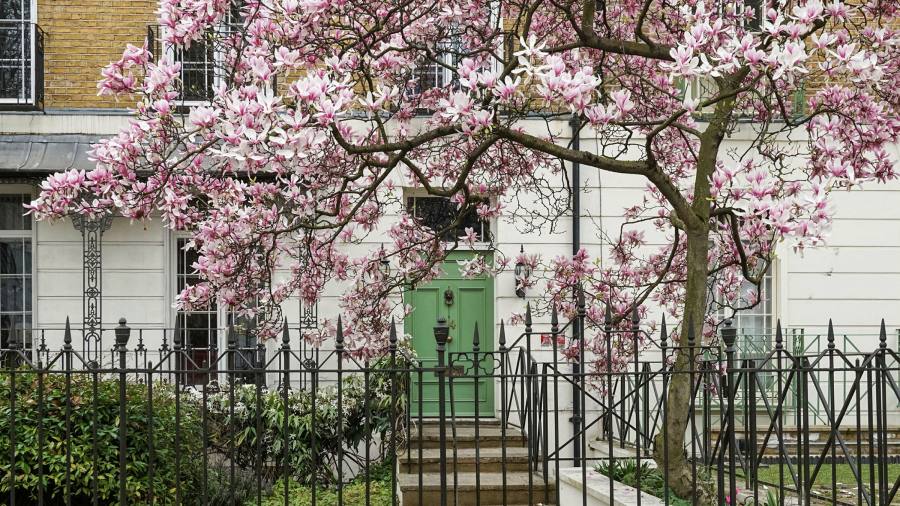 I am beginning this new year by looking forward while looking back. Historians often do so, but gardeners can gain from double vision too. Last year was an unusual one, the best for my gardens since the mid-1980s. Sun-lovers in Britain complained, but gardeners had so much to celebrate and store up for the future in a year when almost everything grew.

In Britain, of course, they were spared the forest fires that caused such havoc elsewhere, from California to Greece, and made gardening a charred memory. Here there was a heavenly combination of intermittent sun through broken clouds, cool temperatures and regular showers, seldom too stormy.

One abiding lesson of a great year is still evident in 2022. The season for that ever-changing entity, the English garden, now extends at least six weeks longer than in the early 1990s. Warmer winters, punctuated by oddly timed snow, seem to be its new framework. What used to end in mid to late October now continues into November and after a week of dullness, resumes with winter-flowering plants even before Christmas.

Some of them will persist till early spring, afforced by the hellebores that are an essential choice for any garden, even in shade under trees. The ones to check out here are the various hybrids of the Lenten rose, Helleborus orientalis. The Christmas rose, Helleborus niger, is not so easy nor long lasting. In 2021 I had hellebores by the dozen still flowering and fading gracefully in early April. Learn the lesson, especially if you are a recent convert to gardening.

Back the hellebores up with winter-flowering plants, especially near the house. Once again my winning tree is the winter-flowering cherry, now at its magnificent best, showing a haze of pale pink-white flowers that will repeat, frost permitting, until March.

About five years ago, our college undergraduates put on a medieval morality play in the college chapel and needed a tree of good and a tree of evil at short notice. Evil was easy, the Judas tree, or Cercis siliquastrum, which has lovely sharp pink flowers in late May and is linked, unfairly, with the tree on which treacherous Judas hanged himself and “burst asunder in the midst”. The branches are far too slender to support a swinging apostle.

Good was more of a problem, especially at two days’ notice. So, I bought my personal best, the winter-flowering Prunus subhirtella autumnalis, albeit in a pot, in May. Nobody had a use for it after the play, so I planted it, slender stemmed, in a prominent place by the college entrance, expecting it to struggle after nights under arc lights and a cramped existence in a container. It has gone from strength to strength and left the Judas tree far behind.

At maturity, winter cherries are not small trees. They need space eventually, up to 20ft high and wide, but their top growth never blocks out too much light and their canopy can be accommodated in smaller spaces.


Phlox David: ‘Perennial phloxes were having their best year in my lifetime’ © GAP Photos/Clive Nichols Lenten Rose hellebore: ‘I had hellebores by the dozen still flowering and fading gracefully in early April’ © GAP Photos/Mark Bolton

The first lockdowns in 2020 brought millions more people into gardening. Their first reaction was to order summer-flowering plants online and then to buy more as garden centres reopened. Last year showed how marvellously the big mainstays of English flower gardens respond to a warmer spring.

Camellias and magnolias were divine, especially in sheltered London. Lilacs and peonies followed on and irises had a great year. So did roses, seemingly unscathed by the one late frost in mid-April.

Meanwhile, the press and TV were giving ever more attention to non-gardening under slogans like “No Mow May” or “Make Your Own Meadow”, as if only “native” flowers will sustain insects and butterflies. Gardeners in the usual sense are supposedly spraying wildlife to death, poisoning birds (“jenny wrens”) by using minuscule amounts of slug bait, branded as organic, and occasionally spot-weeding ground elder with a targeted drop of Roundup.

Maybe your no-mow lawn will satisfy you still in August, rather than afflict you with flies and mosquitoes. In a small garden I think it looks a mess. Whatever your choice, do not let it crowd out that framework, magnolias, roses and so forth, that gives a garden global diversity, not a tangle of dull British nettles. In short, do not be ashamed of beauty. Start by planting its long-term framework, honouring 2021’s superstars.

July 2021 had another good lesson for new gardeners: Mother Nature is unpredictable. I loved July’s exceptionally cool weather, but annuals and dahlias did not, even if they were bought at the last minute, ready grown from garden stores. We all struggled to make them develop, so much so that my dahlias flowered well only from mid-September. The young plants made little progress beforehand and meanwhile were a lesson in the damage slugs do to them in wet weather.

I had mixed results with many annuals too, tall tobacco plants being hard to encourage to a decent height, but one winner was annual phlox, especially that low-growing blue charmer Moody Blues, whose colour is best in a cool day-temperature.

Meanwhile, perennial phloxes were having their best year in my lifetime, rivalling those that are usually so much better in Scotland and the cool north. An easy tall white phlox called David flowered on into late August, excelling all my others. I make perennial phloxes my plants of the year. My borders were slow to reach the summer peak they usually attain in early July, but once they came good, phloxes helped them to stay so for longer.

Expect Nature to throw her worst at you and never despair if plants die. Death in the garden is an opportunity

Autumn started well, even beginning to be rather dry, and its daisies prospered. However, Nature had a hard card up her sleeve: days of heavy rain in late September and October showed how vulnerable the flowers on many asters are to intense wet. They closed up and turned brown.

In their place my autumn winners were the fine Guernsey lilies, or nerines, easy bulbs for anyone to order in spring and to plant with the bulbs’ tips still showing in a bed beneath a warm wall. In 2021 they flowered on and on, even into early November. I will treasure the sight of pink nerines among red and white-flowered Salvia Hot Lips, below the climbing white potato vine, Solanum jasminoides album. Forty years ago the solanum would have been classed as marginally hardy and the flowers on the nerines would have shrivelled in frost in October.

Exploit the longer season for flowers; put the first-class framework into the garden first; look beyond our limited British flora; expect Nature to throw her worst at you and never despair if plants die. Death in the garden is an opportunity. My one concern is that replacements are becoming much more expensive. The surge in online ordering in 2020-21 led new gardeners to pay top prices for often-under-developed plants. Since then those prices have stuck.

The costs of fertilisers and heating have soared too and the discouragement of peat in garden composts will put up composts’ price, peat’s alternatives being pricier and heavier to transport. The garden’s price index is rising way above 6 per cent per annum. Pay up, newcomers: it is still worth it. 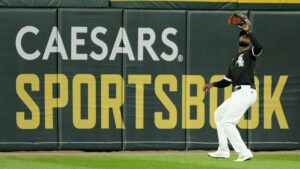