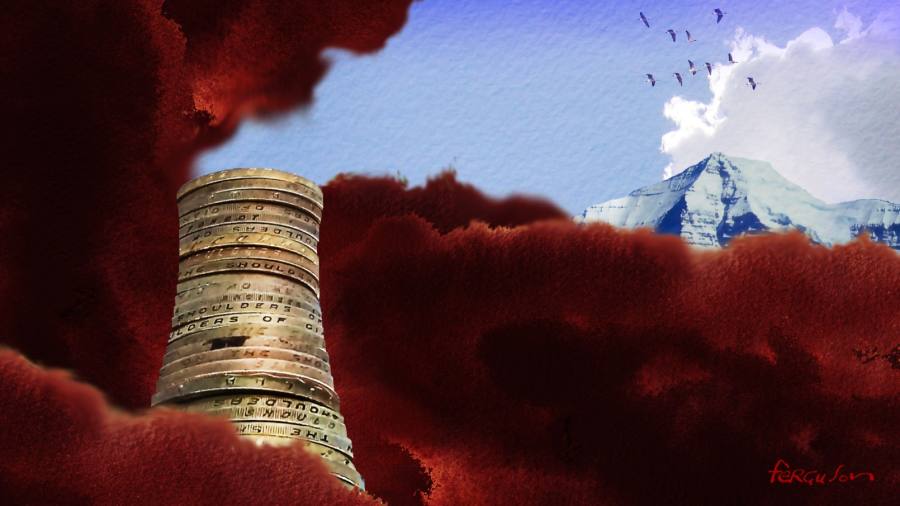 This year, each family of four in rural Saskatchewan will receive $1,100 as a refundable tax credit from the Canadian government. It corresponds roughly to the amount Ottawa collects in yearly carbon taxes on the province’s citizens — for most of whom the “Climate Action Incentive Payment” more than covers the additional costs they face because of the tax.

It is one of very few real-world cases of “carbon-tax-and-dividend”, a policy pioneered at a provincial level by British Columbia. Yet it is the most promising approach if countries are to overcome the biggest remaining hurdle on the path to decarbonisation.

We have come a long way along that path. Policies to green the economy, such as carbon taxes and emissions trading, are well understood, and getting to net zero is technologically and commercially feasible. But the biggest obstacle is still ahead of us: mobilising the political will and mass public support for solutions we know are needed but that are more radical and demanding than anything done so far.

Most politicians are nominally committed to net zero. Fewer are prepared to administer the shock that meaningful decarbonisation entails — carbon-intensive activities will become dramatically more costly or inconvenient for those who undertake them.

Climate change politics is in danger of being subsumed by the culture wars that have riven western societies. It is easy to cast these policies as simply intended to penalise the lifestyles of everyone but urban liberals. And many, from ill-intentioned states to carbon-reliant businesses, have an interest in surreptitiously fuelling climate scepticism.

Outright climate change denial grafted on to far-right anti-wokeism is not, however, the greatest problem. The real culture war threat is something more subtle.

A sociological study of France’s yellow vest activists shows that far from being climate sceptics, they are well aware of the threat of climate change and support containing it. What they object to are policies that put the burden on those already suffering most from economic change.

Similarly a report by the Tony Blair Institute finds that most people in the UK accept that climate change requires emissions cuts. Nevertheless, they are poorly informed about what exactly “net zero” involves, and particularly unconvinced that they themselves are the ones who need to do anything.

The final hurdle on the road to decarbonisation, then, is not to convince the public that climate change is real, but to overcome suspicions that any policy is dishonest, ineffective and places the burden on those who least deserve to bear it. (Note that this description of the politics of climate change within nations also captures the state of climate politics between countries.)

Calls for a “just transition” prove that politicians know this. But lip service is not enough. Those fearful of forceful climate change policies need to experience that these policies make them demonstrably better off.

That is what makes the Canadian experiment so important. The general idea of carbon-tax-and-dividend combines a steep tax on emissions with redistributing the revenue to individuals, on an equal lump sum basis or tilted in favour of the poor and those in less populated areas. Its backers range from US Republican grandees to Europe’s green parties, from German and French government economic advisers to James Hanson, the “godfather of climate science”.

Because the poor emit less absolute carbon than the rich, but more relative to their budget, the “dividend” part of the policy more than compensates a majority of the population — in outright payments — for the higher price of energy they face. It is a fair distribution of burdens, and the hope is that it is also seen to be fair.

Does it? In Canada it hasn’t had “a magical impact” in terms of increasing support for the carbon tax, according to Kathryn Harrison, a political-science professor at the University of British Columbia. But she suggests ensuring the benefit is more visible could make a difference. Cheques in the mail or monthly account payments, rather than a credit off annual tax bills; a name highlighting the link with the carbon tax; individual rather than household entitlements — all these could make the upside of the policy more salient in voters’ minds.

Already, it seems impossible to campaign on explicitly removing it without a replacement. In the current election, Canada’s Conservatives have given up their longstanding opposition to carbon pricing. And Harrison thinks that if the Liberal party retains power, its plan for carbon tax rises will soon mean the dividends loom much larger in voters’ minds. The $170/tonne carbon tax projected for 2030 could lead to annual payments up to $4,000 per family, according to government estimates.

Those amounts should convince many waverers that what is good for the planet is also good for them. Politicians serious about net zero should adopt the policy without delay.