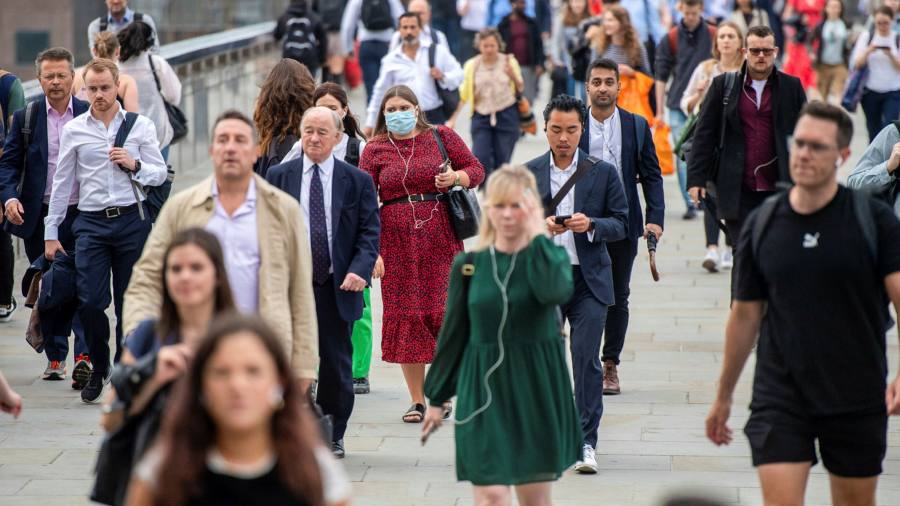 Sign up to myFT Daily Digest to be the first to know about UK Inequality news.

It’s not often you speak glowingly about accounting firms, but KPMG, despite other challenges, is now a beacon of hope when it comes to social class diversity. Its decision to set a target for the proportion of working-class staff is a well overdue first in British big corporate history and one other major companies can learn from.

As the country’s first professor of social mobility, I often get asked to advise employers who have pledged to attract, develop and celebrate people from a wide range of backgrounds. Tackling discrimination in employment practices has gone from marginal to mainstream, with multimillion-pound initiatives to improve diversity in terms of ethnicity, race and gender alongside an increasing list of other personal characteristics.

Yet social class is conspicuous for its absence in the glossy diversity and inclusion strategies. This is odd as we know socio-economic background profoundly affects people’s life chances. Research by Paul Ingram of Columbia Business School found that workers from lower social-class origins in the US were 32 per cent less likely to become managers than those from higher social-class origins. That represented a greater disadvantage than the one experienced by women compared with men (27 per cent) or black employees compared with those who are white (25 per cent).

Alongside the US, the UK shares the unenviable position of being at the bottom of the table for income mobility among developed countries. In Britain, who you are born to and where you come from still matters. Armed with the same university degree, someone from a poorer home will earn less on average than their equally educated but more privileged counterpart. The pandemic will make it harder to climb an already steep social ladder.

Some argue that this blind spot in business diversity is due to the puzzling omission of social class as a protected characteristic in the 2010 Equality Act. That certainly hasn’t helped. But it also derives from the confusion and uneasiness many Brits still feel about defining exactly who we are and where we come from. Old notions of class divides seem laughably outmoded in the more open society we apparently now live in. Yet only in Britain do members of the middle-class elite claim working-class identity when according to every socio-economic indicator they are anything but.

Social class is, and always will be, a contested concept. Economists distinguish us by our income and wealth; sociologists focus on our occupations and educational qualifications; other researchers argue it is attitudes, tastes and mindsets that make us who we are.

KPMG’s targets rely on one of the most tried and tested approaches, also adopted by the UK government: measuring class origins by the occupations of our parents when we were teenagers. These measures may not accord with popular perceptions of class, but they are powerful predictors of life outcomes.

KPMG, which hopes that 29 per cent of its partners and directors will come from lower class backgrounds by 2030, will encounter practical challenges in gathering this data. Some employees may find it hard to remember their parents’ jobs or choose not to share this information. But there is growing evidence that employees will complete staff questionnaires if they are anonymised and clearly explain why the information is being gathered and how it will be used.

Until class is given due consideration, existing diversity efforts will remain inadequate. Executive boards are thankfully becoming less white and male. Yet, for all we know, they may still be mostly middle-class. If you are a white male from a working-class background, current diversity drives have little to offer. And not only are we shunning a large swath of the population, we’re also missing an opportunity to reinforce existing diversity efforts: people from most ethnic minority backgrounds are more likely to come from working-class homes themselves.

The benefits of diverse workforces are well documented. They make for more effective businesses, whether measured by production, cost efficiency, employee engagement or mental health.

So let’s hope this is a watershed moment. To be serious about diversity and inclusion, employers have to embrace it for everybody.