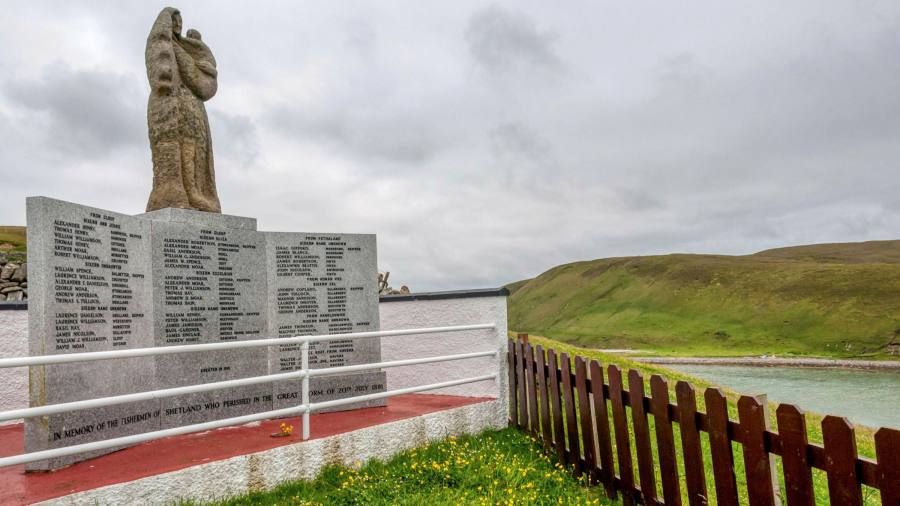 It didn’t go well. The number of fishing boats around the Shetland Islands had been steadily increasing — and, while a few decades earlier, all fishing took place within easy sight of land, the men now sometimes needed to head 40 miles out to get a good catch.

Too far for such small, hard-to-handle boats. On this occasion they were over 20 miles out when a surprise storm struck. Ten boats were lost in the extreme wind and high waves that followed: 58 men died, 34 widows were left behind.

You can, should your staycation take you to the island of Yell, visit the village and its miserable memorial to what has become known as the Gloup Disaster.

If you are an investor you may immediately see Gloup’s relevance. Easy pickings gone? Tick, the S&P 500 has doubled since its early pandemic lows. Taking more risk in pursuit of diminishing returns? Tick, valuations in many markets are touching historic highs.

Sustained inflation is usually driven by rising labour costs. And here there are danger signs aplenty

Putting yourself in a position in which one destabilising event could have devastating long-term implications? Tick, a genuine bear market (as opposed to the high-speed down and up of last March) will destroy the retirements of older investors.

What then might be the wave that takes down your investment portfolio? For me the one you should really watch is inflation. I last wrote about this in June, thinking it might be less transient than most economists did. So it proved. In the US, the consumer price index is running at an annual rate of 5.4 per cent. Here it is 2 per cent — but forecast by the Bank of England to hit 4 per cent by the end of the year.

There are various factors behind these rises — problems in supply chains, rising energy prices and so on. But sustained inflation is usually driven by rising labour costs. And here there are danger signs aplenty.

The latest ONS labour market statistics in the UK show 953,000 job vacancies in the three months from May to July, for example. That’s the highest recorded and 21 per cent higher than the pre-Covid number. Those predictions of the pandemic ending in mass unemployment? Not going to happen. Anyone who wants a job can have a job. Maybe two jobs.

No wonder then that annual growth in average weekly earnings is on the up — 8.8 per cent in June. Some of this is nothing more than a function of funny numbers. Job losses this time last year tended to be in low-wage sectors so while it makes sense for average wages to rise (you’ve taken out the low numbers) it does not follow that individual workers are seeing their wages rise.

Those coming off furlough will move from temporary lower pay to their old rates and that will also be reflected in the numbers. Look at it like that and perhaps momentum will soon be lost, particularly as some 4 per cent of the national workforce remains on at least partial furlough.

I’m not so sure. Even after significant trust-me-it’s-only-transitory fiddling, economists estimate the underlying number at anything up to 6.3 per cent, much higher than it has been for some time.

There is also more demand growth to come: hospitality output is 8 per cent below its levels of February 2020. That will change — and in an environment where there are already 73,000 vacancies in accommodation and food services and no one to fill them.

Thanks to a fall in migration and a possible shift in how much we value our leisure creating a “sizeable increase” in the economically-inactive population, the UK workforce isn’t as big as it was, notes Deutsche Bank. Overall, there are nearly 800,000 fewer employees in the UK than there were in February 2020.

The story is similar in the US, where some 27 per cent of businesses say they plan to raise worker pay (the highest since 1989) and desperate employers are bidding headhunter prices to record highs. If those businesses follow through, expect the “already well recognised effects on costs of higher commodity prices, freight charges, semiconductor shortages, and the like to soon be reinforced by rising wage costs,” says Professor Tim Congdon of Buckingham University.

Either way, not only do people now still have much of their pandemic savings cushion, but they also have more earned money in their pockets. Might they keep spending even as businesses need to push up prices to cover costs? Pent-up demand might keep meeting supply constraints which might make prices rise, which might then make workers become more organised in their demands for higher wages. Hello vicious circle.

All this could calm down of course (and to be clear rising wages and a shift to more employee power are not in themselves a bad thing).

But they also might not — and that means danger for stock markets. The past few decades have been brilliant for companies and for investors. Taxes, interest rate and most costs have been falling — and margins rising.

Costs now look to be on the up — and interest rates and taxes could easily follow, something that would suggest lower future profits and justify lower share prices.

It’s hard to imagine a catastrophic bear market in a money-printing world. But the way in which share prices fell hard this week on a mention from the US Federal Reserve that they might begin to think about a slightly less loose monetary policy should be a reminder that it is possible. And it’s a reminder to check your risk levels. It has after all been shown many times before that holding very expensive stocks at the end of a bubble is pretty much the financial equivalent of being 20 miles offshore in a sixareen when a storm hits. Best to stay within sight of land.