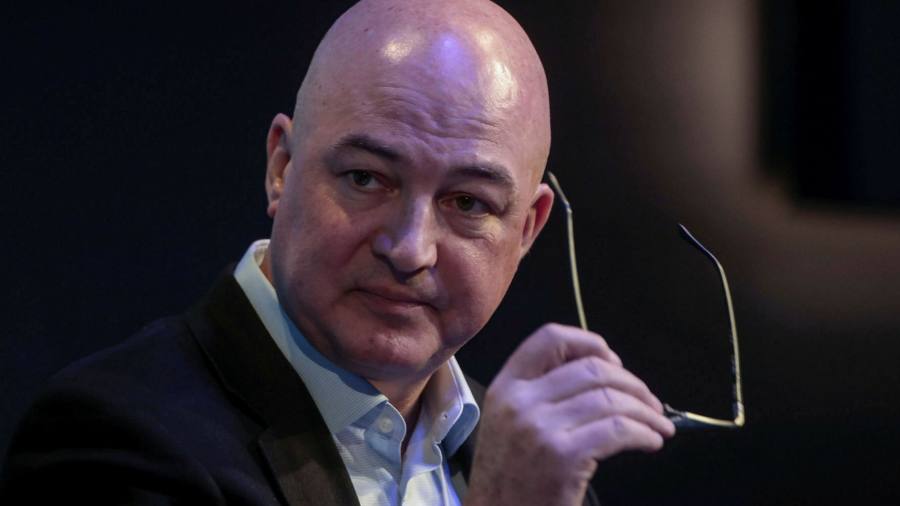 Sign up to myFT Daily Digest to be the first to know about Unilever PLC news.

The collective noun for analysts is a consensus. Few other professions can find such virtue in groupthink.

Take Unilever. As an investment, the group has been dead money since the arrival of Alan Jope as chief executive in 2019, and for nearly two years beforehand. Investor confidence has been eroded by Jope’s fondness for talking about purpose rather than profit, along with a badly bungled sales warning within his first year. Yet twice as many sellside analysts still rate the maker of Marmite and Dove soap a buy as a sell, just as they always have.

Unilever’s pandemic underperformance has made life increasingly uncomfortable for its fan club. Just one of 14 brokerages tracked by Refinitiv kept a “sell” rating through the early 2020 market trough, from which Unilever has rallied by just 7 per cent. That compares with a 36 per cent rebound for the FTSE 100, of which Unilever is the third biggest constituent. It also lags far behind competitors such as Nestlé (up 27 per cent) and Procter & Gamble (up 42 per cent).

In response, some analysts are calling to a higher power. A slew of recent notes identify investor activism as the quickest way to wrest Unilever from a two-decade low relative to its consumer staples peers.

The prayer is for a lightning bolt similar to Kraft Heinz’s hostile bid in 2017, which briefly focused the mind of Jope’s predecessor Paul Polman on shareholders rather than stakeholders. Activism is a question of when not if, Exane BNP Paribas told clients this week, because Unilever “is too good an asset to be left to continue to flounder”.

At the root of the recent speculation is the group’s India subsidiary Hindustan Unilever. Its majority stake in the £64bn valued division accounts for nearly half Unilever’s market value, up from a fifth a decade ago.

Hindustan is separately quoted, as are the Indonesian and Nigerian subsidiaries, so investors have a clear measure of how valuations diverged between developed and emerging markets: Barclays estimates that the sum-of-the-parts group discount has widened from 13 per cent at the time of Kraft’s bid to 25 per cent.

The traditional Unilever break-up theory involves splitting food from soap, which would require unpicking nearly two decades of work to integrate supply chains and offices. Dividing geographically might be less disruptive because management is already arranged that way. Exane estimates that if both sides of the group were valued in line with peers, even allowing for a few extra operational costs, the stock would be worth nearly double its current value at £78.10.

Separation alone would do little, however. Investors also need to regain confidence in a developed world business that last year provided more than 40 per cent of revenue, yet by some measures is valued at less than zero. Jope has to take at least some of the blame, having fudged margin guidance twice this year on top of the 2019 warning, yet consensus forecasts have hardly budged. Unilever’s weak share price belies an operational performance that has been no worse than the peer average; measured by market share it could be even be better.

Might an activist seek to remove Jope? Wanting a CEO sacked would be unusually aggressive, particularly for a mainstream fund capable of putting up the £3bn or thereabouts needed to gain leverage. It would also be a long shot: no board would want to jettison an ESG champion so soon after his appointment based on outside pressure alone.

Activists tend to favour easy wins. Elliott’s public campaign against GlaxoSmithKline and Third Point’s tilt at Prudential proposed nothing much that was outside the board’s previous thinking. An attack on Unilever would have more in common with ValueAct’s long and fruitless involvement with Rolls-Royce, whose perpetual restructuring made its efforts like pushing a blancmange.

Unilever’s recent problems have largely been around presentation. An unpopular CEO and a glacial transformation programme give activists an opportunity to create some headlines, but making real change will test any conventional investment horizon. For now, expectations of a break-up look like wishful thinking.