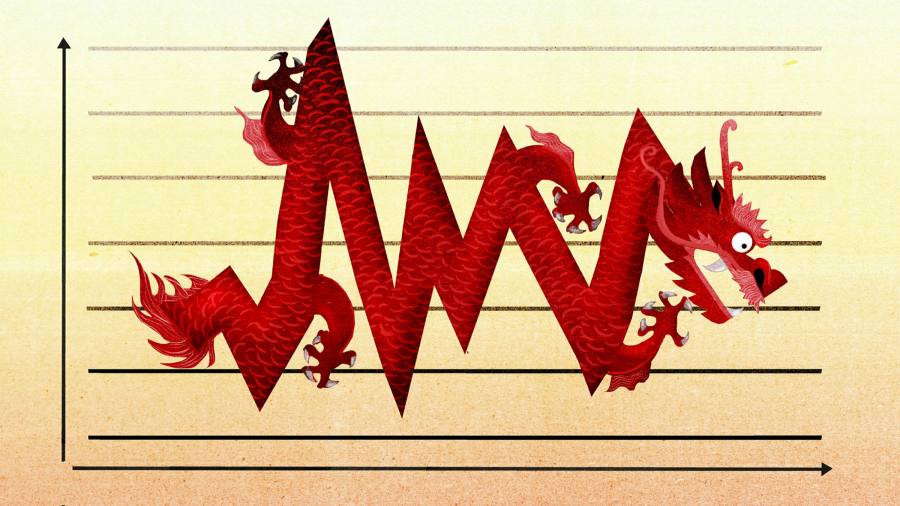 When Alibaba debuted on the New York Stock Exchange in 2014, the $25bn deal was the largest initial public offering ever, valuing the Chinese ecommerce company more highly than Facebook and Amazon.

Breathlessly described as a “coming of age” for Chinese tech, its success prompted hundreds of other overseas listings by some of the country’s most innovative companies. Since the start of 2014, 769 Chinese companies have listed on exchanges outside the mainland, mostly in the US or Hong Kong, according to Dealogic. They’ve raised a total of $250bn, more than the $236bn amassed from new domestic listings over the same period.

Overseas investors have flocked to these newly public companies at a time when interest in Chinese securities is at an all-time high. Beijing’s early successes in containing Covid-19 and the addition of renminbi assets to global stock and bond indices have led investors to boost their total holdings of Chinese stocks and bonds by 40 per cent in the past year to more than $800bn.

Chinese groups such as Xpeng and Li Auto raised a record $46bn on overseas exchanges in 2020 and once appeared to be set to break that record this year. Such IPOs often attract investors seeking to cash in on the growing Chinese economy without the bother of holding foreign shares. The structure can also lull the unwary into thinking that investing in China is no different than putting money in developed markets.

That is a terrible mistake. Shareholders in Chinese companies lack fundamental rights and are buying into an arbitrary system where the rules can and do change overnight. A continuing fight about the way US-listed Chinese companies are audited underscores the lack of investor protections and could ultimately force Chinese groups to delist from American exchanges.

Overseas investors have recently seen ample evidence of Beijing’s unpredictability. The first big warning came in November when financial regulators unexpectedly suspended the planned listing of Ant Financial just days before what would have been the world’s largest IPO in Hong Kong and Shanghai.

The halt was initially seen as an attack on Jack Ma, the company’s founder, but it has become clear that Chinese authorities are cracking down far more widely. In March, a sudden tightening of vaping rules drove down shares in e-cigarette maker RLX Technology only two months after its US IPO. Last month, China’s cyber security regulator began investigating Didi Chuxing and pulled it from domestic app stores just days after it became the largest US listing by a Chinese company since Alibaba. Authorities also launched a probe of recently floated logistics firm Full Truck Alliance, and warned that all US listings face tighter scrutiny.

A few weeks later, the $100bn tutoring sector found itself in the crosshairs as companies that teach school curriculum subjects were barred from making profits, accepting foreign investment and listing on worldwide stock exchanges. Shares in the three largest US-listed education groups have lost about 90 per cent of their value since the start of the year.

Class action lawyers are scrambling to file suits on behalf of aggrieved investors, but their chances of recovery are much lower than they would be with a western company. Not only are managers and assets based in China, where US corporate and securities laws are effectively unenforceable, but investors don’t really own the companies.

Foreign ownership is officially illegal in many Chinese sectors, so companies that want to tap overseas cash set up “variable interest entities”, a structure made famous by failed energy group Enron. Essentially, investors buy shares in a holding company, often domiciled in the Cayman Islands, that purport to give them a share of the economic benefits created by the Chinese company but not operational control. Chinese regulators have never officially blessed VIE structures, but they have largely allowed their use, one exception being a 2009 crackdown on online gaming groups. Still, the legal uncertainty gives Beijing a potent weapon that it can wield at any time, against any company.

Further complicating matters is a looming US clampdown on Chinese companies listed there. Congress passed a law last winter calling for companies to be delisted in three years if they fail to give American regulators access to their audited accounts, which Beijing currently prohibits. If that happens, overseas investors could be forced to sell back their shares at a loss.

With new US listings in effect frozen for the mainland tech sector, bankers are scrambling to redirect IPOs to Hong Kong. That does little to solve these problems. Beijing can still pull the rug out from under any sector or company that displeases it. Investors are rightly becoming wary. Just this week, the Chinese music streaming service Cloud Village yanked its Hong Kong IPO and SoftBank said it would cut back its investments in Chinese tech start-ups.

It is a truism that emerging markets are defined by their governance: successful investments align your interests with those of the government or a controlling shareholder. In China, that task is rapidly becoming harder. Many of the uncertainties were apparent even when Alibaba listed, but enthusiastic investors opted to discount them. Now they cannot be ignored.