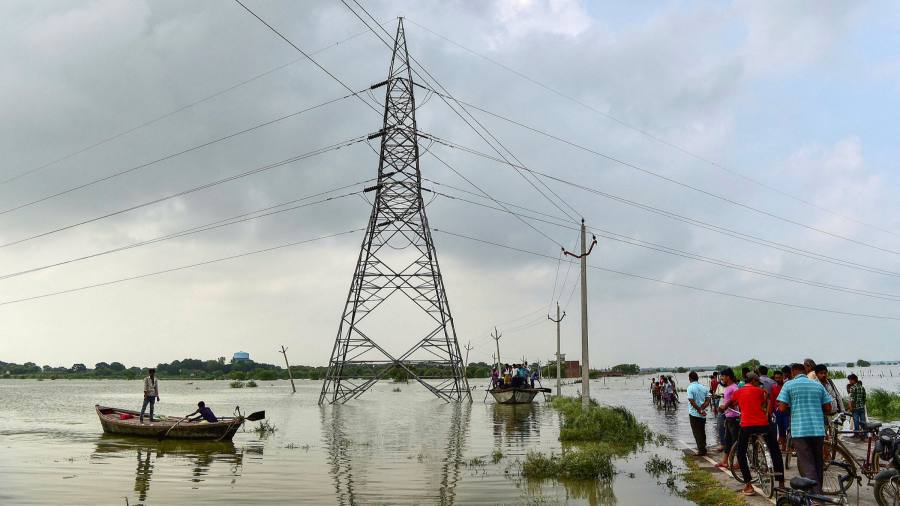 The message from the Intergovernmental Panel on Climate Change leaves no room for doubt, scepticism or denial: “Warming of the climate system is unequivocal, human influence on the climate system is clear, and limiting climate change will require substantial and sustained reductions of greenhouse gas emissions.”

That conclusion was reached not in 2021 but in 2013, in the IPCC’s fifth assessment report. The sixth and newest IPCC summary of the science, released on Monday, says much the same but lays out more stridently the data points of the man-made climate emergency: the past five years are the hottest on record since 1850; heatwaves have become more frequent and cold spells less chilly; glaciers are retreating at speed. All climate models suggest that by 2040, Earth will warm by 1.5C above pre-industrial levels, above the limit set by the Paris Agreement on irreversibly rising seas. “This is hell and highwater writ large,” says Edinburgh University climatologist Dave Reay of the report.

Given that the imperative to act today is no different from the imperative to act eight years ago, why the paralysis? The drive for certainty has always been the enemy of action. Previous IPCC reports have been qualified with carefully defined probabilities, to be expected from an analysis with potentially far-reaching implications which must be signed off by hundreds of specialists. In 2013, for example, the IPCC concluded it was “very likely”, meaning 90 per cent certain, that climate change would lead to longer and/or more intense heatwaves by the end of the century. That still left a peg of 10 per cent on which to hang Panglossian hopes that this would not come to pass.

Scientists responded by constructing ever better models, gradually shading in the black-and-white picture of long-term planetary change depicted in the earliest IPCC reports, dating back to the 1990s, and stacking up evidence of humanity’s hand in the heating process. The latest models, for example, include a more detailed breakdown of cloud microphysics, and a more localised examination of how sea level rises will threaten different regions.

Since the 2000s, the picture has become disturbingly high-definition: corals and other marine species dying in warming seas; island nations at risk of being submerged; increasingly common extreme weather events.

Pity those caught in deadly heatwaves, deluges and wildfires, who are now living the full, hellish 3D experience. The recent floods in China and Germany, the wildfires in Greece and the heat dome in North America all came too late to be captured in the peer-reviewed literature on which the IPCC report draws. Chillingly, according to Tim Palmer of Oxford university, the sweltering heat in British Columbia and torrential rainfall in Zhengzhou and the Rhineland lay outside the range of current models. Climate reality is here, and it is outrunning the simulations.

It is some relief, this week, to hear scientists making the link between climate change and extreme weather events more explicitly. Still, the spotlight needs to shift: away from academics, who have long proved the existence of the crisis beyond reasonable doubt, and on to our leaders who, for at least a decade, have failed to manage this potentially existential risk according to the weight of evidence laid out before them.

The planning and governance challenges of the climate crisis mirror those thrown up by the Covid-19 pandemic: a complex, global, hard-to-model threat that affects almost every aspect of society, including health and wealth; the requirement to act in a timely manner to protect lives and livelihoods; the perilous tendency towards optimism bias, magical thinking and hoping the worst won’t happen; the need for global co-operation; the grave and mounting cost of inaction, which necessitates more painful intervention as the clock runs down.

Leaders must unite at COP26 in Glasgow and act, swiftly and drastically, to decarbonise the world. As the global temperature creeps up, so does the risk that the planet will tip into an unstable realm characterised by extreme drought, flood and fire, sometimes simultaneously in “compound events” that amplify risk. The possibility of feedback loops, such as melting permafrost releasing previously stored carbon into the atmosphere to further accelerate warming, adds an element of Siberian roulette to the climate gamble.