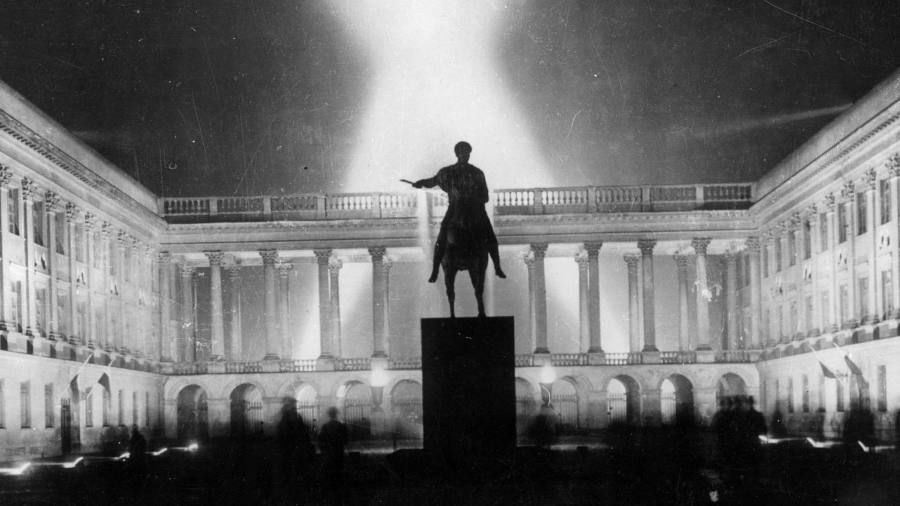 Sign up to myFT Daily Digest to be the first to know about Warsaw news.

As I criss-cross Warsaw between meetings, my path sometimes takes me over Pilsudski Square, a huge, open space in the heart of the capital, flanked by hotels, offices and the Saxon Garden.

Until 1944, the square’s western fringe was home to the Saxon Palace, an elegant building with two wings linked by a colonnade-topped arcade that was one of central Warsaw’s most striking architectural features.

The palace was blown up by the Nazis in the wake of the Warsaw Uprising. But now, after years of debate, Poland is poised to rebuild it. A bill, put forward by President Andrzej Duda, is working its way through parliament. Once approved, the Saxon Palace, the neighbouring Brühl Palace and some tenement houses on the adjoining Krolewska street will be rebuilt.

For supporters, the plan is laden with symbolism. “It’s the final step of the reconstruction of Warsaw after the second world war,” says Wojciech Kolarski, a senior aide to Duda. “[The Saxon Palace] was a building in the centre of Warsaw that was a silent witness to our history.”

More than 80 per cent of Warsaw was destroyed during the war, and its subsequent rise from the ashes is ingrained in the city’s identity. The Old Town was rebuilt, inspired in part by paintings of Bernardo Bellotto, an 18th-century Venetian artist. Polish citizens funded the reconstruction of the Royal Palace, which was finally completed in 1984.

When I canvass Varsovians on the Saxon Palace, however, I meet a range of opinions. Some are delighted. But others object to the PLN2.45bn ($636m) price tag, or the vagueness on how the palace will be used. Others worry about the impact the rebuilding will have on the Tomb of the Unknown Soldier. The monument is located in the only three arcades from the palace that survived the war and stands alone on the side of Pilsudski Square as a poignant memorial to the fallen.

Kolarski says that the reconstruction will leave the tomb untouched, with a small — but symbolic — gap between the new palace and the existing monument.

But others feel that the rebuilding will deprive the sheer emptiness of Pilsudski Square of its intense symbolism. “This place was meant to show the destruction of Warsaw and show the void, and give a sense of the emptiness and the feeling of loss from the war,” says Jan Spiewak, a city activist and sociologist.

“Warsaw develops in a very chaotic way, and this place is a place of order, of deeper thought. I’m afraid that when they rebuild it . . . it won’t have this unique vibe.”

Grzegorz Piatek, an architecture critic, argues that the restoration is too late. “[The Royal Castle] was the last big monument rebuilt by the generation who remembered prewar Warsaw, and who saved all those monuments during the war and after it,” he says. “Now almost no one remembers the Saxon Palace, and I think we should look to the future. If we want to solve urbanist problems, we should search for new solutions.”

But supporters say that one of the reasons that the Palace was not rebuilt sooner was that Poland’s communist authorities had neither the funds nor the inclination to rebuild a palace that could symbolise independent Poland, and that the country now has a chance redress this.

“Today we have economic growth, we have the means to rebuild it. We don’t know what the economic situation will look like in 10 or 20 years,” says Jan Kowalski of Niepodlega, a programme set up to mark the centenary of the restoration of Polish independence in 1918. “If we have a chance to do it now, we should take advantage of it.”

Similar debates have played out across Europe over the past half-century. Sir David Chipperfield, who led the reconstruction and recompletion of the Neues Museum in Berlin, said that old buildings gave a sense of reassurance and connection with the past, as streets became “a catalogue of styles and histories”. But he added that the urge to reconstruct destroyed buildings could also stifle the ability of new generations to embark on projects of their own.

“The important thing is to have a good debate,” he said. “If the debate is used well, it’s a good chance to have a discussion about history and what we think about it.”