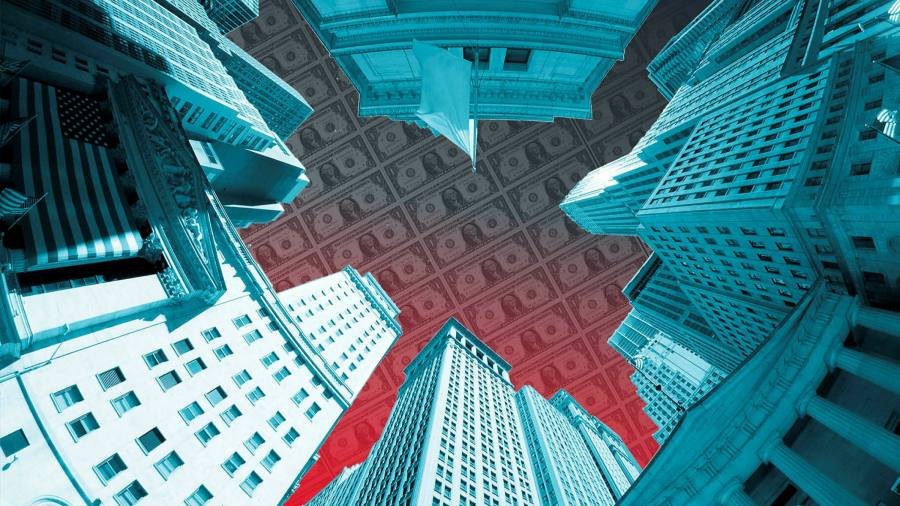 Good morning. I have more to say about yesterday’s topics — capital flows and private equity — but I’m still doing some reporting. Meanwhile, back to the biggest business and finance story in the world: President Xi Jinping’s attempt to transform of China’s economy. Email me: [email protected]

If you have not been following the political and financial tremors that have been shaking China in recent months, I recommend the twin reads by my colleagues Tom Mitchell, James Kynge and Sun Yu, detailing how Xi is “reinserting the party into the private sector and into family lives in a way that has not been seen since Deng launched the ‘reform and opening’ era in 1978”.

Investors will have heard about government interventions in the technology, education, alcohol, video game, real estate and entertainment sectors, and will be wondering which industry is next on the hit list. To me, however, it is the tone set by the party and its allies that is most unsettling. A taste:

“A monumental change is taking place in China. The economic, financial, cultural and political spheres are undergoing a profound revolution,” Li Guangman, the pen name of a prominent leftist commentator, wrote in a commentary that captured the zeitgeist. “It marks a return [of power] from capitalist cliques to the people . . . It is a return to the revolutionary spirit, to heroism, to courage and righteousness.”

This commentary was amplified by state media. When governments start transmitting messages about “capitalist cliques”, surely it is time for foreign investors to pack their bags?

Some are. Here is a chart of global equity funds’ collective China exposure, based on a sample of funds with more than $1tn in assets, compiled by Copley Fund research: 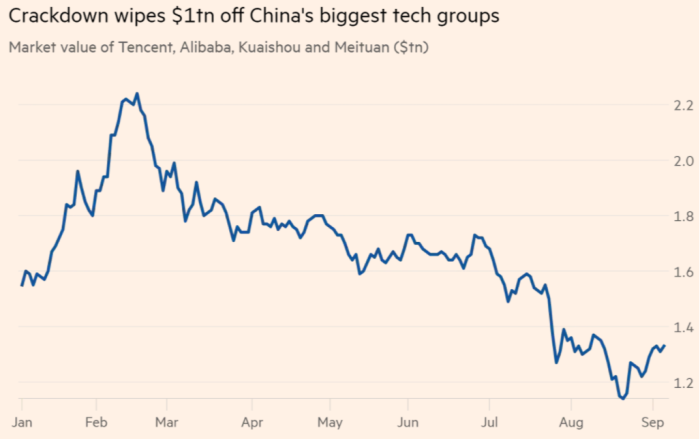 There is not a universal rush for the exits, however. Todd Sohn of Strategas Securities points out that the KraneShares CSI China Internet ETF received $1.5bn in inflows in August. While some of that may be down to demand for exchange traded fund shares for shorting, he says, most of the flow is likely to be from bargain hunters.

Looking at Chinese stock valuations, however, it is clear that we have not had a proper rout. Here are the forward price/earnings ratios of mainland Chinese stocks, Hong Kong shares and an index of US-listed Chinese groups, along with the 10-year average valuations of each (the dotted lines): 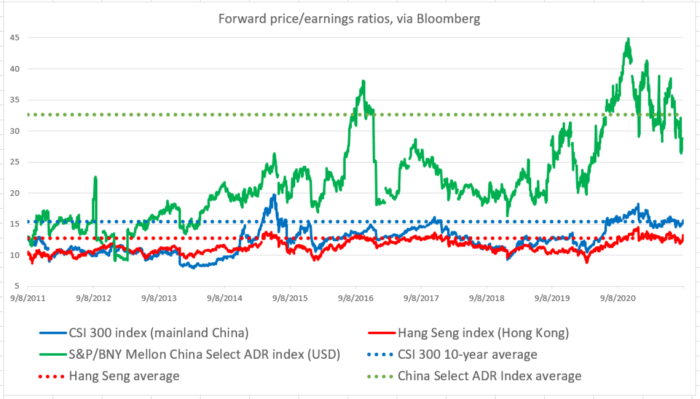 China stock valuations sit at their long-term averages, having only given up the premiums picked up in the past year and a half. Given the politics, is a foreign investor sticking their toe in this not particularly inexpensive water making a big mistake?

It would be useless for me to attempt to draw a gestalt image of Chinese political economy, and weigh the chances of various outcomes. I don’t know enough. But a clarifying question does occur to me: does the CCP care about what happens if foreign investors take flight? Do outcomes for foreign investors figure in the party’s political calculus? I put the question to three China experts.

George Magnus of Oxford University’s China Centre, who appears frequently in this space, thinks the answer is basically “no”:

“I don’t think the party does care that much if global investors are selling Chinese equities, especially if these are foreign listings. If a distrust of Chinese assets resulted in a fire sale of domestic equities and bonds in China and capital flight putting pressure on the reserves, then yes, I think they’d try to limit that damage.

“But you know what? The speed and scale of the initiatives that are being unrolled smacks of an ideological campaign to put backbone into citizens and the economy. It may not be a revolution as such, but there’s nothing random about it either. And because of that I suspect the leadership sees global investors as bits of capitalism that are of little relevance to them.

“ . . . I suspect real estate and healthcare are the next sectors in the regulatory crosshairs, maybe even finally, the introduction of a property or other tax on capital.

“Foreign investors need to factor in the risk they could get blamed for any market or economic volatility, and have restrictions imposed on access to dollars and more restrictions on outward capital movements. It’s that sort of climate.”

Another noted China watcher — who did not want to be named because they live in China and would prefer to continue doing so — noted that as long as the party aims to internationalise its currency, it has to consider the “prestige” brought by foreign investment in its capital markets. But the party has no economic need for foreign investment:

The problem the party has to solve is almost the opposite: investment is so high that much of the capital is malinvested. As a result, debt is growing faster than gross domestic product. The irrelevance of foreign investors to China key problems doesn’t mean Chinese stocks might not go up, “but you have to get both the valuations and the politics right, and that’s just really hard”.

Jörg Wuttke, president of the EU Chamber of Commerce in China said:

“Does the party care [about foreign investors in capital markets]? Of course not. We should not forget, they are Communists, what matters to them is the party, what the party hates most is volatility [which they see in open stock markets].

The party is fully aware they are a huge domestic economy, they only rely on a few things from the world market . . . they feel less vulnerable and more at ease becoming a more insular country. They care more about foreign manufacturers, because they substitute domestic supply chains for foreign ones. But if someone doesn’t buy stocks and bonds, who cares? Institutional investors? Nice to have, if they don’t ask to look at the books.

China may not be uninvestable. But the stock market as a whole is still expensive, given that the party is cracking down on the symbols and sources of wealth and inequality, and has little incentive to consider the fate of foreign investors.

Regular readers will know I have a side interest in the ancient world, and have tolerated my occasional references to it. This past weekend I came across this short essay by Simone Weil, first published almost 80 years ago. It’s the best thing I’ve ever read about the Iliad.