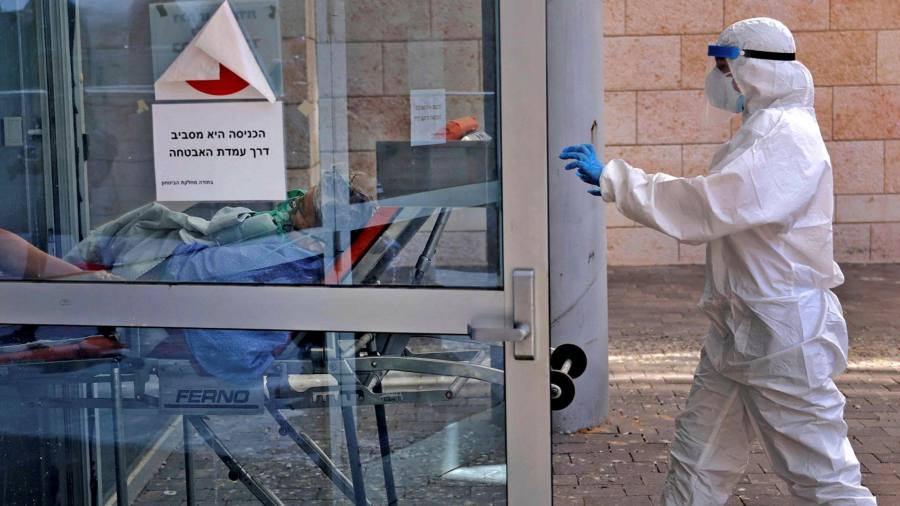 Sign up to myFT Daily Digest to be the first to know about Israel news.

Since late last year, Israel has been a laboratory for the world. After winning early access to BioNTech/Pfizer jab supplies in exchange for sharing data on its effects, Israel was the first country to celebrate fully reopening its entire economy after double-jabbing 70 per cent of its population by early April. Now, one of the world’s most-vaccinated nations is among the first to experience an alarming fourth wave of infections — and hospitalisations — and is rushing to give booster shots. The rest of the world should take notice.

New infections in Israel have surged to the highest in six months, with signs that protection against severe disease has fallen significantly for elderly people vaccinated early this year. The data has caveats, but the trend is clear: six to eight months after second jabs, immunity starts to wane. Most recently, the health ministry found that for over-65s who received a second shot in January, protection against severe illness from the now-dominant Delta variant had fallen as low as 55 per cent, though some analysts question this figure.

The government also estimated recently that the vaccine’s effectiveness in stopping new infections among everyone who received second jabs in January had dropped sharply. It remained 82 per cent effective, however, in preventing severe illness, and 86 per cent effective in stopping hospitalisations.

While the unjabbed remain five to six times as likely to end up seriously ill, 90 per cent of Israel’s new infections are among relatively highly-vaccinated over-50s. Health officials have warned that, at current rates, at least 5,000 people would need hospital beds by early September, half with severe medical needs — twice as many as Israel is equipped to handle. Israel has started offering over-60s, and soon over-50s, a third shot. If this proves ineffective, the government has warned that a new lockdown may be unavoidable.

Israel’s case may reflect a particular combination of factors, and may not be exactly replicated elsewhere. It used almost exclusively Pfizer’s mRNA vaccine, with three-week intervals between jabs. Immunity from the Oxford/AstraZeneca or Moderna jabs may prove longer-lasting. Several countries, like the UK, extended the gap between doses to 12 weeks — so second jabs were received later. Not all followed a strict policy of inoculating the eldest first.

But Israel’s experience still has implications. Until more is known about the durability of protection from different jabs, it suggests even highly-vaccinated countries should retain some preventive measures, such as mask-wearing in public places.

It also signals booster programmes, though long expected, may need to be relatively frequent and large-scale, unless the virus burns itself out. In the US, where the Delta variant has also surged in the past month, the Biden administration has decided to recommend booster shots eight months after a second shot — in part after looking at the Israeli data. It is preparing to offer them from next month.

This raises difficult questions about whether scarce vaccines should be used to extend immunity for rich populations, rather than directed to developing countries which remain largely unprotected. Yet it would be wrong to undermine all the costly progress made in the developed world, requiring new lockdowns and endangering the global economic recovery — which would have harmful knock-on effects for lower-income countries in other ways.

All this does add yet more urgency, however, to the need to step up production — including within the developing world. The biggest lesson of the vaccine rollout in Israel and elsewhere is that the world simply cannot have enough.