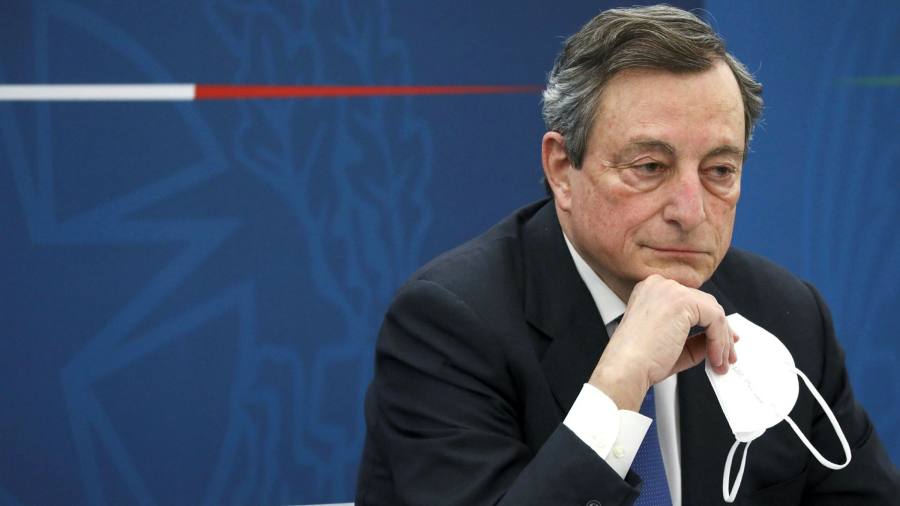 Sign up to myFT Daily Digest to be the first to know about Italy news.

“Italy is proud of you.” This is how Prime Minister Mario Draghi congratulated its Olympic 100m sprint champion, Lamont Marcell Jacobs. Understandable national pride over Italy’s Olympians has revived a debate about nationality itself: nearly 40 per cent of the athletics team were either foreign-born or have foreign parents, including Jacobs himself, born in Texas to an Italian mother. The interior minister, Luciana Lamorgese, is among those to call this summer for tough citizenship laws to be overhauled to promote integration. It is only fair that they are.

Italy has some of the most stringent citizenship laws in Europe. Children born in Italy to foreign parents cannot call themselves Italian and can only usually apply for citizenship once they turn 18; a bureaucratic process that can take as long as three years. About 1m children residing in Italy are currently without Italian citizenship, including those who go to school there and speak the language fluently. But foreigners who can trace paternal ancestry right back to the modern state’s formation in 1861 may apply for citizenship based on bloodline, or “ius sanguinis”, a concept that originates in Roman times. It is a system that purposefully favours the Italian diaspora — Argentines of Italian descent are a prime example — but also one that has essentially created citizenship based on ethnicity, and one that entrenches discrimination and questions of identity in Italy.

While countries such as the US grant citizenship to those born there — “ius soli” — no country in Europe does without other restrictions, such as residence requirements or citizenship of a parent. But Italy’s rules are unusually tough: France allows children of immigrants to apply for citizenship at 13, for instance. Italy’s system makes for awkwardness, even within the sporting arena. While US-born Jacobs is feted, Great Nnachi is not allowed to represent the national team despite breaking junior pole-vaulting records: as a 16-year-old born in Turin to Nigerian parents, she is not yet officially Italian.

The centre-left has called for a debate in September. If Draghi were to push through an overhaul of the laws, he would succeed where predecessors including Matteo Renzi and Paolo Gentiloni have failed. Several attempts at reform have stalled, with one debate in 2017 descending into a brawl between politicians. Before the pandemic, immigration was the touchstone issue in Italian politics. That means any reform must be gradual, perhaps by lowering the age at which citizenship can be sought rather than going for a complete pivot to ius soli.

In reality, there is little chance of the issue being a priority for Draghi, who must already walk a political tightrope as he tries to usher in an ambitious reform agenda while honouring pledges to salvage Italy’s economy from the ravages of the pandemic. In total, Italy is planning to spend €235bn, by far the largest amount in Europe, on its recovery. This arduous to-do list means managing the fractious rightwing parties within the grand coalition that Draghi heads. Lamorgese’s deputy, Nicola Molteni, of the anti-immigrant League party, has sworn ius soli will never happen. While each summer brings migrants to Italy’s shores from north Africa, prompting a predictable outcry from the right, this year concern is also being voiced over a potential wave of Afghan refugees arriving in Italy fleeing the Taliban.

This is Italy’s pity. While the glory of its athletes at the Tokyo Games underscored the positive contribution immigrants can make to Italy’s success on the world stage, citizenship should never come down to who wins medals.