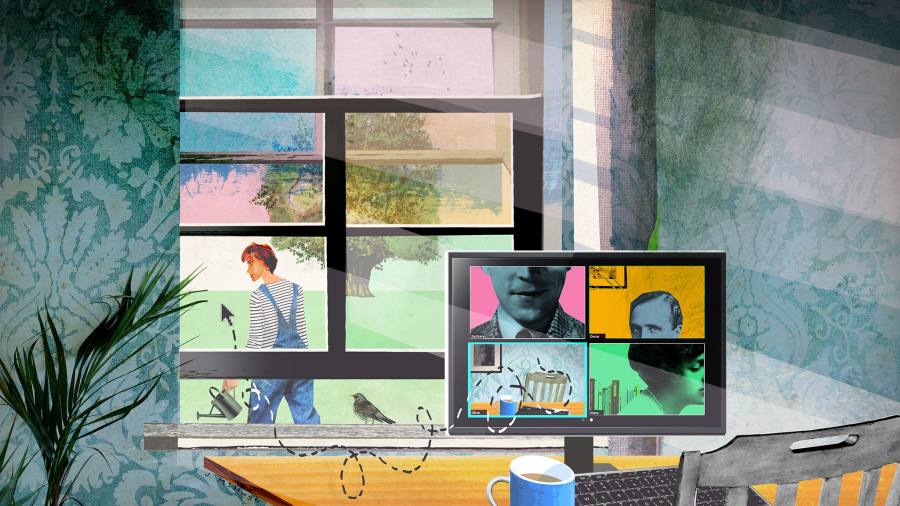 A few months ago I was giving a talk about the future of work. When I quoted some standard examples of how productivity has risen with remote working, a polite scepticism crossed several faces in the audience. Afterwards, some executives revealed their despair. “I love my staff,” said one. “But they’re taking far longer to get things done at home.”

This is not a fashionable view. Some corporate CEOs genuinely feel that greater flexibility makes everyone stronger — and many tech companies are happy to let coders, for example, dictate their own terms. Elsewhere, with various companies facing lawsuits for having had the temerity to ask staff to come back to the office two days a week, CEOs are tiptoeing around the question of return, trying to tempt staff back with cocktail hours. But as the race for talent sweeps all before it, they are perhaps setting unrealistic expectations.

After the talk, I looked again at the research on productivity. In the early days of Covid, working from home looked like a win-win. Studies of when people were logging on and off suggested that many were maintaining or even increasing hours. One 2020 survey of American office workers found respondents reporting that both managers and subordinates were more productive. But the picture has since become more nuanced. A study of 10,000 skilled professionals at a large Asian tech company found that the productivity of those working from home fell by up to a fifth: many were working longer hours, but output fell, partly because they were just having more meetings. Japan’s Research Institute of Economy, Trade and Industry suggests that working from home has reduced productivity by almost a third, in a nation which is not used to it. More recently, a small Cambridge study found that UK workers spent less time on paid work during the lockdowns.

The pandemic has spawned a huge literature focused on employee wellbeing, but rather less about the wellbeing of the customers and organisations they serve. In 1970s Britain, it was often said that nationalised industries such as British Rail were run for the benefit of their staff, not their customers. In parts of the public sector, it feels like we are back there again. This summer, half a million driving licences were delayed when staff went on strike after being asked to return to the office, and in September there were still 50,000 lorry and bus drivers awaiting licences that are critical to a functioning economy. Over at the Foreign Office, the whistleblower Raphael Marshall’s description of working in a largely empty building while trying to evacuate people from Afghanistan was a devastating critique of what he called the FCO’s “deliberate drive to prioritise ‘work-life balance’”.

In the private sector, polls continue to show that a majority of us want to keep working from home, at least part of the time. But what if it isn’t actually that good for us, or those we work for? Octavius Black, co-founder and CEO of MindGym, believes the Great Resignation is being driven partly by remote working, which has weakened workplace ties and made us forget what we liked about our jobs. Working from home is “dissipating the social capital that you need to be a successful, complex organisation” he says. “You have to build the right psychological contract.” Sir John Timpson, chair of the high street firm Timpson, believes that even if we think we want to stay at home, we are social animals who “flourish in the company of other people”. Firms that adopt hybrid models in which the office is an occasional meeting place will be at a “competitive disadvantage”, he warns.

That certainly chimes with me. My workplaces have always been crucial to my sense of belonging. According to Ashley Williams, an assistant professor at Harvard Business School, humans hunger for casual interactions — the hallway conversation, the chat with the barista — which let us vent anger or express gratitude. I have certainly found myself talking rather too animatedly to shop staff, taxi drivers and fellow queuers. Williams argues that remote working may end up undermining productivity, because “we’re overscheduling our calendar to compensate for the lack of social interaction”.

When employees protest that they are working their socks off, but bosses fear output is falling, who is right? Perhaps both. Studies have found that we are busier, having more meetings and seeing more internal emails, partly because remote work requires more co-ordination. But that doesn’t mean we are effective. Almost two years on from the first lockdowns, it wouldn’t be surprising if the initial dividends of working from home were fading. The world’s vast experiment in Zoom working was conducted at a time when most of us were already immersed in a corporate culture. But new hires will struggle to learn the nuances of the job if they can’t interact properly with senior people holed up in luxurious home offices. And leaders find it difficult to know what is really going on if they’re not having informal encounters with people outside the executive circle. You can learn a great deal from bumping into a junior person in a corridor and having a chat.

No one wants to return to presenteeism or exploitation. But I do wonder why we are so reluctant to acknowledge that productivity might be dented by homeworking. One company director I know was recently surprised, on trying to schedule a meeting with a junior employee, to be told that it clashed with his yoga session. A senior lawyer was livid at how few staff attended online seminars she and colleagues carefully hosted — on Fridays.