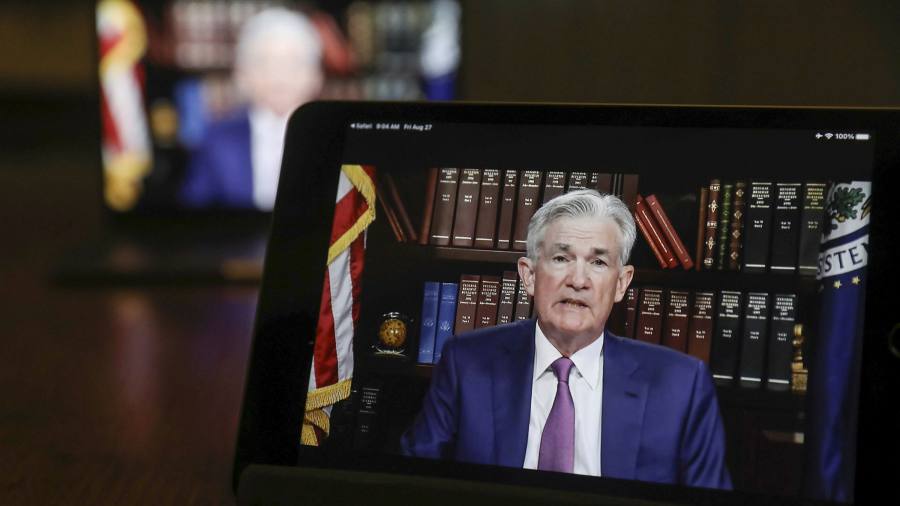 All year, or even longer, investors have had a big worry. What if the Fed does something silly?

Given that the US central bank is an august organisation stuffed with people who know what they are doing, what if it never gets that far, but someone does accidentally say something silly?

The annual central banker jamboree at Jackson Hole in Wyoming this weekend (think Davos without the politicians or hangers-on) was always likely to offer an opportunity for some banker to say something open to awkward interpretation.

This year’s virtual event provided a chance for Fed chief Jay Powell to drop a big hint that he might just twist off the gushing monetary stimulus taps.

“Silliness” is, of course, in the ear of the beholder. Reasonable people can dispute the merits and demerits of aggressive interest rate cuts and supersized monetary stimulus, and whether either make matters better or worse.

Even bankers — not generally the cuddliest of creatures — recognise that well-meaning central bank largesse could be exacerbating economic inequalities by pumping up the asset values of the rich.

But fund managers charged with managing other people’s money know that if the Federal Reserve — the world’s central bank in all but name — were to pull back hard and fast on the monetary support it has provided since the pandemic struck last year, that would upset the bond market. That change would surely have an impact on other asset values. For portfolio managers, at least, that seems a silly idea.

The memory of the “taper tantrum” shock when former Fed chief Ben Bernanke signalled an unexpected withdrawal of support in 2013 very much lives on. Notably, few investors ever suggest that too much easing is an error. Tightening up and hitting stock markets, on the other hand, is known in chin-stroking circles as a “policy mistake”.

The sense of anticipation for Powell’s speech was intense. Sure, in the dog days of August, while most sensible people in the northern hemisphere are on holiday rather than glued to financial data terminals, trading volumes are low anyway. At least for US and European stocks, they were well below average.

True to form, key US stocks barometers such as the S&P 500 and the Nasdaq have kept hitting record high after record high this year. Even so Jackson Hole had been looming over the market for months. It was a hurdle that those who fear tighter policy had to clear.

On Friday, the big day finally came. Powell, like the other attendees, spoke remotely. This event was shifted online just days before it kicked off. That did enough to dampen expectations of hints of a radical shift in policy. If the threat from the Delta variant could force an event like this online, went the thinking, then that concern would encourage some Fed caution about jacking up interest rates.

In the end, despite a chorus of other Fed officials discussing the virtues of stepping back from stimulus relatively quickly, Powell opted for a safe route. He painted a picture of an economy that is healing, and gave a strong hint that the Fed could start retracting its stimulus this year. But he also spoke diplomatically of the dangers of acting too soon.

Responding quickly “may do more harm than good”, he said. “The ill-timed policy move unnecessarily slows hiring and other economic activity and pushes inflation lower than desired. Today, with substantial slack remaining in the labour market and the pandemic continuing, such a mistake could be particularly harmful.” No wonder US share prices climbed in response.

He added enigmatically: “there is no substitute for a careful focus on incoming data and evolving risks”.

So where does this leave us? Likely back where we were before Powell spoke. This sense of insecurity, of going it alone, is one that investors have learned to live with, some more reluctantly than others.

Given the distorted nature of economic data, on inflation and everything else since the shock of the first pandemic lockdowns, Fed officials have learnt to be humble, says Salman Ahmed, global head of macro and strategic asset allocation at Fidelity International.

“The investment industry has hundreds of economists analysing data but ultimately, when the Fed creates a narrative, the market takes it seriously,” he says. “But now, the Fed is effectively saying ‘we’re in the same camp as you, watching the data. We have nothing special’.”

This will leave markets to the whim of ebbs and flows in the bond market for some time, and possibly, Ahmed says, for years. “At one point earlier this year, [bonds were falling and] it was all ‘inflation is coming, and it will destroy everything’. Two weeks later, everyone was talking about deflation. There’s no anchor narrative yet.”

Officials will continue to disagree with each other, generally politely, but sometimes perhaps in more barbed terms. Data releases will continue to build a case for less stimulus one day, and then for more the next. Powell did not spoon feed the market on Friday nor will the Fed spoon feed it again for some time.