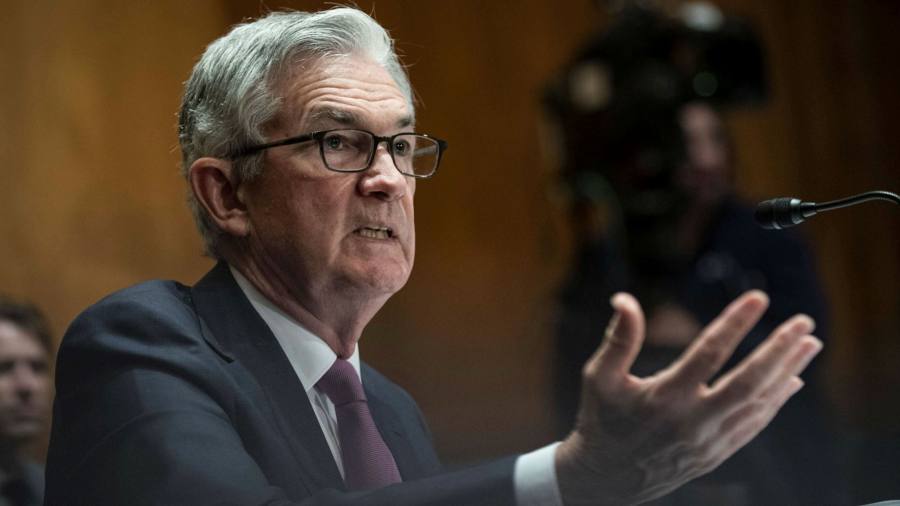 Even before the annual Jackson Hole central banking symposium begins, the economic effect of the Delta variant of coronavirus spreading throughout the US has already made itself felt. Health officials in the Wyoming county that is home to the resort switched the method for assessing the risk from the virus, placing Jackson Hole into the highest category and making an in-person meeting against the guidance. The conference, beginning on Thursday, will now be a solely virtual affair for the second year in a row.

Another wave of the virus will complicate what was already a challenging economic outlook facing the Federal Reserve. Total spending has strongly recovered from last year’s pandemic-induced collapse, thanks to a combination of vaccines and the extraordinary fiscal and monetary stimulus. At the same time, supply constraints ranging from labour shortages in hospitality to a global shortage of semiconductor chips for automakers have contributed to a rise in inflation.

The greatest question facing the Fed, and investors who must anticipate its decisions, is whether the increase in inflation is transitory or not. In the dovish argument, rising inflation reflects the difficulties of an economy emerging from deep freeze: labour shortages will ease as workers and jobs are gradually matched and supply constraints will disappear as production catches up with the rebound in spending. For hawks, however, the inflation spike reflects just the first signs of a sustained increase thanks to a complacent central bank, pursuing a monetary policy that is too loose, even as price pressures return.

Another wave, however, adds a new element to the debate. With the pace of vaccinations stalling in the US at a lower level than other countries and fewer of the most vulnerable having been jabbed, the Delta variant may now chill consumer spending. Many Americans are likely to stay away once again from crowded restaurants, shops and even workplaces — just as the Jackson Hole conference has moved online. Recent data from the US, as well as elsewhere, suggests the pace of recovery has already moderated: consumer confidence has collapsed and, last week, the volume of retail sales for July came in unexpectedly low.

The variant should therefore change the content of the keynote speeches, not just their method of delivery. Last week, markets fell after minutes from the Fed’s July meeting indicated a majority of the officials on the Fed’s monetary policy committee backed tapering its asset purchase programme this year. That small shift in the Fed’s ultra-loose monetary policy was enough to send markets down and lead to a sell-off in bonds. The Delta variant may now lead some officials to temper their enthusiasm for cutting back on stimulus and instead adopt a more wait-and-see approach. Jay Powell’s speech on Friday will be the most closely watched for any clarity on both the pace of the tightening and which data in particular the central bank’s officials will be keeping an eye on to measure the strength, or not, of the recovery.

Powell’s speech last year unveiled a dramatic shift in the Federal Reserve’s approach to monetary policy — the Fed chair said the central bank would now aim to limit shortfalls from full employment rather than seeing excess employment as a problem to be solved. It would tolerate more inflation, too. Powell’s speech this year may not be able to deliver such fireworks, but that does not make it less challenging. The Fed faces a very uncertain outlook but it can, at least, provide markets with a little more clarity.