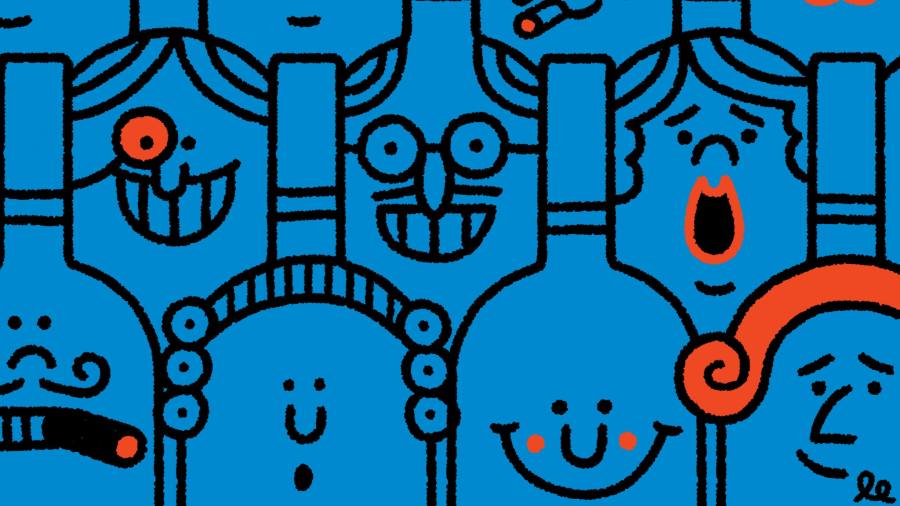 David Dugdale was a successful Yorkshire businessman who was mad about music. He also got the wine bug in a big way. He died in 2010 and left quite a legacy, a posthumous reward perhaps for Kate, his much younger widow, who made sure that he enjoyed outings to Glyndebourne, Wigmore Hall and the Royal Opera House during his later years just as he had done before being confined to a wheelchair.

Essentially, their house in Yorkshire was built to accommodate David’s burgeoning cellar, one famous throughout the wine trade for its size and depth. I remember having a meal with the Dugdales in London in the 1990s during which they told us they were currently drinking Chablis from the 1920s.

David started buying wine soon after the second world war. By the 1950s, he was financially supporting one of his favourite wine merchants, OW Loeb in London — not just through the volume of wine he bought, but with a substantial loan, which was topped up when he became a director in 1961. For him, wine was fun. It was also an excuse to tour France with Loeb’s managing director, Anthony Goldthorp, sniffing out the best restaurants as well as the finest producers to add to Loeb’s portfolio, which had started out being very German.

Four of the earliest additions to the Loeb list, resulting from these trips, were the legendary producers Ch Rayas of Châteauneuf-du-Pape, Armand Rousseau of Gevrey-Chambertin, Henri Gouges of Nuits-St-Georges and Louis Michel of Chablis. The equally starry Marquis d’Angerville of Volnay, Ramonet and Michel Niellon of Chassagne-Montrachet, Etienne Sauzet of Puligny-Montrachet, Paul Jaboulet Aîné of the northern Rhône and Faller of Alsace followed. The young Jacques Seysses’ Domaine Dujac, which is now another world-famous Burgundy producer, was added to this mouthwatering roster at the end of the 1960s.

The wines were great, management perhaps less so. In 1976, Dugdale bought OW Loeb outright when the devaluation of the pound meant selling wines for less than had been paid for them. Dugdale offset Loeb losses against his more prosaic gains in Yorkshire.

Small wonder then that his cellar was well stocked. Kate loves music as much as her husband did and has continued to support the arts. She has also been working her way slowly through their wine. Many a musician has been given a revered bottle from their birth year that had long been stored under Yorkshire turf. When Kate visits London, she is likely to be accompanied by bottles older than most of us can dream of, whose provenance is without question.

But she got a shock last spring. She sent me an email on April Fool’s Day that I knew was no joke: “I was having a sort out in the cellar and found loads of bottles of Yquem. Mostly quite old — we seem to have drunk the young ones . . . I’ll send you a list with the years.”

The email that followed listed 24 vintages of the greatest Sauternes of them all, Ch d’Yquem, from the glorious 1975 back to 1899, if you please, plus many more sweet white bordeaux from the best addresses, from the famous 1967 vintage back to 1916. Apparently, this treasure trove of what turned out to be at least 87 (mostly single) bottles in total had been hidden behind some metal boxes.

She decided that a day should be given to tasting some of these wines with friends and asked Tim Hart of Hambleton Hall, the “luxury country house hotel” on Rutland Water, if he would provide the setting. He set the date for a quiet Tuesday in early November. Now all that was needed was to decide on a guest list — a combination of musical and wino friends — and which wines to taste.

Fortunately, Nicholas Payne, the wine-loving director of Opera Europa, who qualified as a guest on both counts, took matters in hand. (His banker son Oliver and his brother Sebastian, Master of Wine and chief wine buyer of The Wine Society from 1985 until 2012, were also invited.) I suggested that we taste mainly in the morning, when our faculties would be at their freshest, before a light lunch, and then sample a few wines before dinner.

Accordingly, Payne marshalled 33 wines from the collection into three flights for 16 of us to enjoy on a sunny day at Hambleton. We began with a selection he titled “treasures from WW2 and its aftermath”, which went from a bracing Rieussec 1952 (the youngest Sauternes of the day) back to a 1943 Yquem, via completely glorious 1950 and 1945 Yquems.

His second flight was the biggest: 19 wines he described as “the golden post-WW1 decade, 1929 back to 1919 including the centenary 1921s”. One 1923 had suffered from cork taint and the other was oxidised. Yet we were able to wallow in no fewer than five Sauternes from the near-mythical 1921 vintage, of which Yquem was the star. Almost all the wines from the 1928 and 1929 vintages were also simply sumptuous, apart from a surprisingly disappointing bottle of 1928 Yquem. (The four 1922s in the Yorkshire cellar were held back from the Hambleton tasting so as to celebrate their centenary during another Sauternes-athon later this year.)

Three 1920s and three 1919s followed as Hart tried to hurry us up, conscious of a kitchen ready to serve lunch and the need to reconfigure his dining room from its current tasting room format.

Having tasted a total of 25 very sweet wines in less than two hours, you would think that we might all feel thoroughly sated, but the reverse was true. Because these wines were of such high quality, so fascinatingly complex, and with the sweetness beautifully counterbalanced by appetising acidity, they were uplifting rather than sickening. They left the palate beautifully stimulated and refreshed even if, admittedly, eager to enjoy Hambleton’s Michelin-starred menu of consommé (the perfect antidote to a wine tasting), a cleverly seasoned carrot terrine and halibut.

Our early evening tasting of “seriously old school” wines took place in a much less formal setting, the cosy bar rather than the airy dining room, which meant that we were perched rather incongruously on sofas. Yet the wines were so astounding that I wouldn’t have minded tasting them in the car park.

Perhaps I shouldn’t worry that today’s wine drinkers are generally unmoved by sweet wines. They will last long enough to entrance many a future generation.

I scored all of these at least 18 points out of 20 and in some cases more.