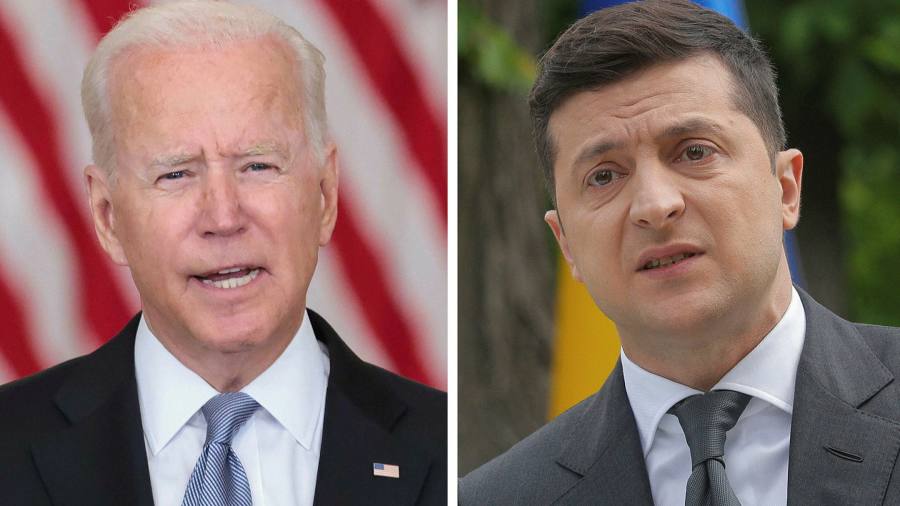 In April 2014, two months after Ukraine’s pro-western revolution and a month after Russia annexed Crimea in retaliation, the then US vice-president Joe Biden flew into Kyiv. He pledged US support to Ukraine as “your partner and your friend” in resisting Russian aggression and pushing through pro-democracy reforms. Seven years on, today’s government in Kyiv has watched the Biden White House’s foreign policy unfold with mounting alarm. After America’s humiliation in Afghanistan, the US president’s meeting on Wednesday with his Ukrainian counterpart Volodymyr Zelensky provides a litmus test of Washington’s commitment to other US allies.

Kyiv had particular reason for relief at Biden’s election. Donald Trump had disparaged Ukraine and cosied up to Russia’s Vladimir Putin. Biden, by contrast, had been Barack Obama’s point man on Kyiv, whose leaders saw him as someone who “got” Ukraine. Two events have dented their faith.

One was Biden’s deal with Germany’s Angela Merkel in July to allow completion of Russia’s Nord Stream 2 gas pipeline under the Baltic Sea to Germany — seen in Kyiv as a sellout. The project frees Moscow from relying on a Ukrainian pipeline for its lucrative gas exports to Europe. That jeopardises billions of dollars of transit fees to Kyiv, and removes a key constraint on further Russian military incursions in Ukraine.

The other was America’s mishandled pullout from Afghanistan — another country Washington had backed, on a far larger scale, to carry out liberal reforms and prevent a return to domination by anti-democratic forces. A common thread appeared to be a desire by the Biden White House to set aside long-running foreign headaches to allow a focus on China. If the US was ready to see the Taliban once again overrun Afghanistan as part of its preoccupation with Beijing, Kyiv frets, how much sleep would it lose over Russia restoring hegemony over Ukraine?

Some officials suspect the US president is also wary of showing Kyiv favour, after the Trump circle tried to use a false narrative about Biden’s ties to Ukraine — where his son Hunter was on the board of an energy company — against him before the 2020 election. Such caution is counter-productive. If Washington shows any sign of compromise over Putin’s territorial ambitions towards Ukraine, Beijing will hardly take seriously the idea of US support for Taiwan — which president Xi Jinping has pledged to reunify with China.

Biden is right to stress to Kyiv the central importance of battling corruption, in which Zelensky, like Petro Poroshenko before him, has made halting progress. Public disgust over graft in Afghanistan — fuelled by US money — aided the Taliban’s return. Financial aid to Ukraine should be conditioned as ever on measurable reform progress.

But Biden should use his meeting to reaffirm support in three ways. First, he should spell out consequences for Moscow if Russia uses Nord Stream 2 to undermine Ukraine. Second, the US should provide further economic backing. With foreign investment still deterred by the Russian-fomented conflict in Donbass, Kyiv is looking for US-guaranteed bond issues to finance infrastructure and other projects.

Washington should also commit to provide additional deterrent military technology, raising the cost to Russia of further aggression in Ukraine. Moscow massed troops on the borders in April before withdrawing them — but leaving much of the hardware in place.

Coming so soon after the Afghan debacle, Biden should seize on the Zelensky meeting as an opportunity to start rebuilding America’s reputation as an ally that keeps its pledges.