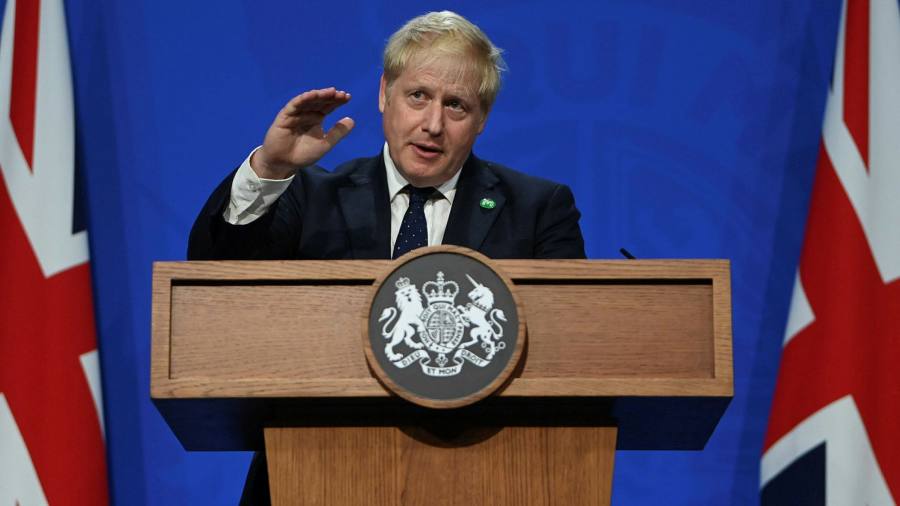 The self-spawned cliché about Boris Johnson is that he is pro-having cake and pro-eating it. This week marked a moment in British politics when the prime minister was forced to choose.

In breaking his election pledge not to raise National Insurance to forestall catastrophic NHS backlogs and address long-term issues around social care, Johnson took decisive action and faced down doubters in his party.

That is the good news, even if conservatives worry that he may have picked the wrong fight. They fear he has created a “read my lips” moment and also chose the wrong tax vehicle to raise the money. Not only is this a tax on workers but also a tax on employers.

The bad news for Johnson is that this is just the first of a number of challenges all underpinned by the fact that this government is borrowing and taxing far more heavily than it wishes. The public finances may offer more headroom than predicted at the last budget but the Chancellor will not stomach further borrowing; the party is nervous of spending cuts and its voters do not want higher taxes. While the tax burden is not especially onerous by European standards it is at a 70 year UK high. Business leaders are asking why a conservative government seems to view costs on commerce as a victimless crime rather than a brake on economic prosperity.

The most pressing question is over the looming end of the £20 a week temporary increase in universal credit. Ministers may use some of the £6bn saving to improve the payment in other ways. But at a time when they have raised taxes on working people to safeguard the inheritances of those with property, cutting welfare is not a good look.

The October budget and spending review is likely to be a tough one. Even as the government ploughs more funds into the NHS, it is facing comparable demands for more money for schools to tackle the lost class time and more money to ease the backlogs in the criminal justice system. Local government provision has been starved of resources.

The new levy will do little to address the chronic underfunding of social care. In the first three years only £5.4bn of the £36bn raised will go into improving the sector. Ministers pledge that the number will rise after the health backlog is eased but few think the commitment to take money away from the ever-popular health service is credible. Many Tories question, too, whether there is any plan to speed these extra sums in a way that will produce improve NHS efficiency.

There are other political headwinds — rising energy bills, the cost of net zero commitments, supply chain and labour shortages and the continued attritional costs of Brexit.

The government is buoyed only by the opposition’s weakness. If Johnson is to come through the hard political and economic storms ahead, he will need to address fundamental failings in his government, including a cabinet packed with underperforming ministers.

Too many of Johnson’s core missions from the green industrial revolution to levelling up remain blank pages. A more competent cabinet will have to drive public service reform and turn slogans and headline initiatives into detailed delivery. When money is tight, it must be made to count.

For most of Johnson’s career the prime minister has managed to outrun the consequences of his actions. If this week marked a readiness to address unpleasant choices and attend to the hard graft of governing, it will mark a welcome new phase of his administration.