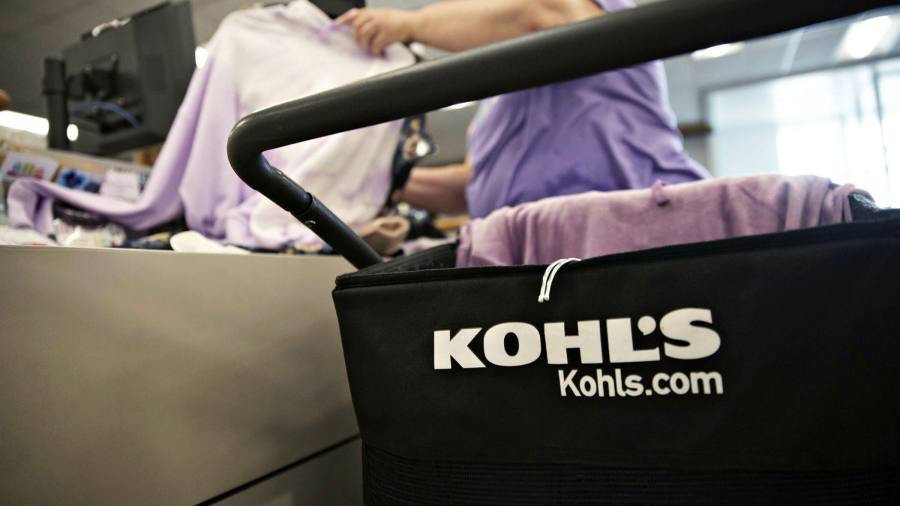 Private equity should know better than to tempt fate again by investing in retailers. But mid-tier US department store chain Kohl’s is simply too tantalising. On Monday, the company, which has an enterprise value of $11bn, confirmed that it had received informal approaches. News reports pegged the potential bids at a near 40 per cent premium to Kohl’s trading price.

The Wisconsin-based company is already under siege from a group of activist investors — notably Macellum Capital Management. Among other things, the gadflies believe that aggressive financial engineering should be deployed to boost returns to shareholders.

The hedge funds believe Kohl’s could perhaps shake out $4bn by selling its properties and then leasing them back again. Company management, however, has been focused on an operational turnround. In the most recent quarter, sales jumped 16 per cent and its operating margin hit a record. Those are promising numbers. But Kohl’s shares are still down a quarter from their 2021 peak.

The disconnect is notable. Private ownership could mean higher balance sheet leverage and extracting cash flow more readily, something trickier to do in public markets. But financial carnage has often resulted when private equity has stepped in mistakenly believing physical retailers had already adapted to new consumer habits such as online shopping.

Cheapness is the clearest reason that financial sponsor firms are circling Kohl’s. The rumoured bids for the company still value the store chain at under 10 times earnings per share. Public investors are worried that strong results for 2021 were mostly the result of middle-class Americans returning to stores to spend their share of stimulus cash.

In contrast, the company attributes the turnround to its skill in selling aspirational brands — Sephora, Nike or Calvin Klein — at affordable prices.

Public shareholders, including hedge funds, now have a chance to pass operational risks on to an all-cash buyer. For now, management hopes to wait until the valuation snaps back of its own accord. But with deep-pocketed buyers abroad, time is not on the side of Kohl’s bosses.