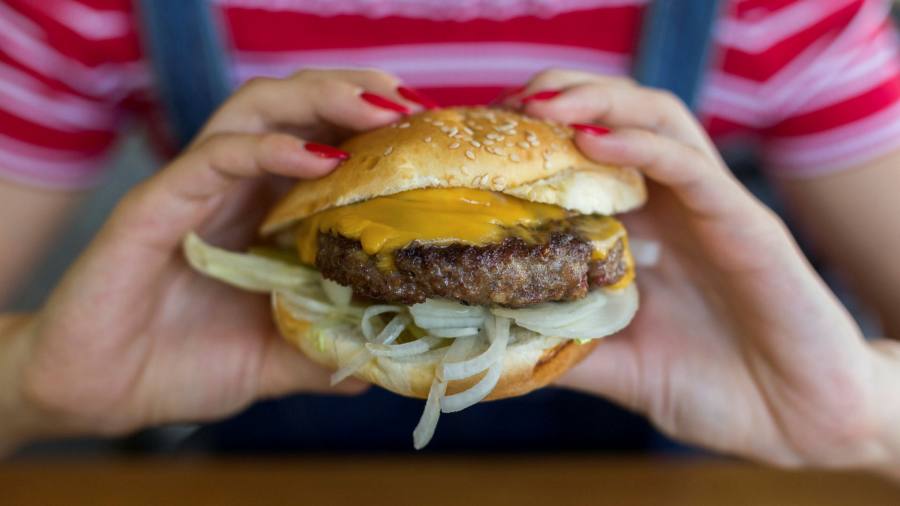 Sign up to myFT Daily Digest to be the first to know about Food & Beverage news.

The writer is the FT’s restaurant critic

It started a few years ago, talking to a couple of food journalists online. “Are you getting a load of PR contact around lab-grown meat?” We definitely had, but had we actually seen any of the stuff? Tasted it? Nope. Promising samples were mentioned, in a locked-down lab somewhere, but no, “at this time” we couldn’t actually see it.

This was all very strange. When you write about food, you’re used to cheery PRs wanting you to sample a bit of artisanal gin, to be nice about a restaurant, to think about what sort of biscuits you’ll be recommending at Christmas. Usually, there’s something to taste, a package to look at. It’s about a product that actually exists. But this was different; big international PR firms wanting us to excite our readers about something that hadn’t actually happened yet.

Since the beginning of the 20th century, there have been plenty of patents on food and drink. J Harvey Kellogg was in constant battle with other producers of rival breakfast cereals, Coca-Cola waxed fat on a ‘secret recipe’ for its delicious carbonated beverage, McDonald’s devised and defended the Big Mac, but these were single products, discretionary purchases.

Other sectors worked their Intellectual Property even harder. You can agree or disagree with the patenting of life saving drugs or vaccines. You can aver that patents fund the research, or you can protest that the funding should be public and the results freely available in the public domain. Either way, you can’t deny that ‘Big Pharma’ is big because of IP. You can believe that a patented combination of sterile genetically modified plants, fertiliser and pesticides is going to be a vital part of feeding the world but you can’t deny that the agrochemical heavyweights are so vast because of their IP.

Currently, there’s not a lot of IP in the meat industry. Some selective breeding perhaps, but nobody owns the patent on a Friesian. Meat is big business — huge and arguably damaging to the planet — but not monolithic. There are millions of people worldwide, breeding, caring for animals, slaughtering and processing them, transporting, butchering and retailing meat, they just don’t work for the same company and most importantly, they’re dealing with ‘meat’ . . . not ‘Meat (TM)’.

This is why the companies currently promoting lab-grown meat as part of a more sustainable future are not, at present, too worried about retailing their product. They’d like the public to become intrigued by the idea . . . maybe to think of it as something that’s important to the future of the planet, but let’s not kid ourselves that sustainability is the main driver here. The first company to produce and patent a workable lab-grown ‘beef’ patty or ‘chicken’ nugget will immediately sell it to fast food operations and simply take a little boost every time a till bleeps in your home town.

Saving animal lives, preventing the clear-cutting of rainforest, even the reduction of methane farts don’t excite investors — those changes can’t translate to profit. The holy grail is replacing the meat we consume with a proprietary product, owning the IP on meat. Coca-Cola and McDonald’s managed to grow patented food products into two of the top food companies on the globe by market cap, but a patent on animal-free ‘meat’ could entirely dwarf their achievements.

And the expensive PR push, the not-so-gentle steering of the discourse towards part-time veganism as a lifestyle statement, a non-specific promoter of ‘wellbeing’, rather than anything to do with morals, ethics, politics or animal welfare? That is about preparing the vast market for the miracle ‘meats’ when they eventually arrive.

Please don’t get me wrong. I fully applaud anyone who wants to be vegan, vegetarian, to cut down on their meat intake or move towards a plant-based diet. For the record, I eat decently reared, sustainable meat, and much less of it than I used to. I believe most of the current discussion about the place of meat in our diet is intelligent, measured and good for us all — but I’m not naive enough to believe that lab-grown meat plays any part of that story.

Go ahead, give up meat and eat plants, but the lab-grown product is all about replacing an addiction to meat with something that’s just easier to patent. ‘Meathadone’, if you will. Just think for a second about the business imperative here. Once food companies can “manufacture meat”, they won’t want you to eat less of it, quite the contrary.

Ultimately, lab grown meat — alongside the fish, milk, and eggs currently being prototyped — is not about sustainability, it’s not about saving the planet, it’s not really even about food. It’s about IP. The prize of vat-grown protein has the potential to create something even more financially significant than Coke or McDonald’s and every one of us, every vegan, every steak lover, health freak and foodie alike, should understand that.