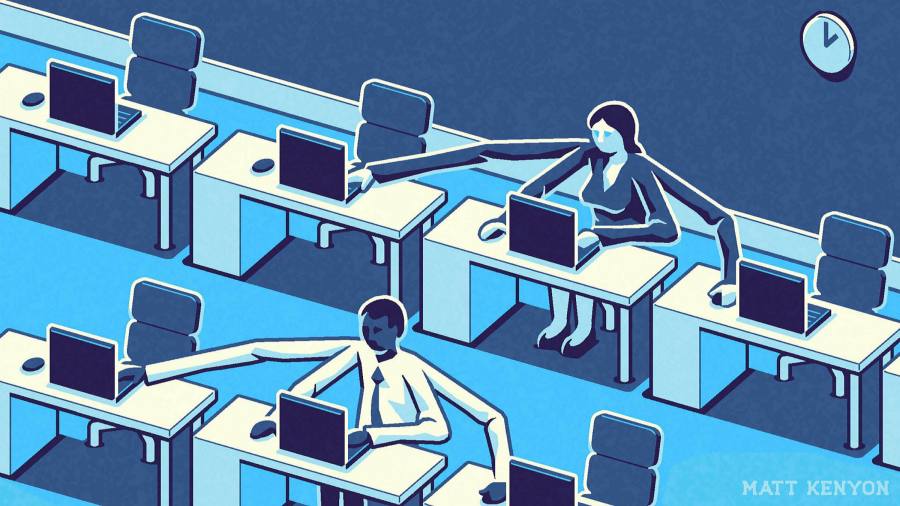 The pandemic devastated rich countries’ economies. But there are signs that a productivity boom could be emerging from the wasteland.

Economists at The Conference Board, a US think-tank, suggest this is the case. Ataman Ozyildirim and Klaas de Vries forecast that after the downturn in 2020, the US economy will rack up total factor productivity growth of more than 2 per cent in 2021. TFP is measured by growth in output over and above that which can be attributed simply to putting more labour and capital to work in the post-lockdown recovery.

A 2 per cent rate, if realised, would more than make up for a slight loss of TFP in 2020 — a natural consequence of leaving capital such as machinery idle — and constitute a vast improvement on the roughly zero rate of yearly US TFP growth in the pre-pandemic decade.

The US is not alone in showing signs of healthy productivity performance. According to OECD forecasts, the pandemic has accelerated labour productivity growth in most high-income countries.

The same acceleration is forecast for all the G7 countries. Japan is projected to increase labour productivity by 2 per cent in the three years to the end of 2022 — after it fell in the preceding three years. Germany goes from a three-year growth rate of 1.1 to 2.6 per cent, France from 1.8 to 2.5, the UK from 0.6 to 3.7, and Italy from zero to 1.4. Of the nine biggest rich economies, only South Korea sees a slowdown in productivity growth in this period — and that is to a still respectable rate of 4 per cent.

These forecasts could be wrong. But given the vigour of the recovery under way, they seem plausible. This would be a very pleasant surprise. Remember that in 2019, economists were worried about the post-financial crisis expansion losing steam fast and with it the worsening of already lacklustre productivity growth.

Why is this seeming productivity boom happening? It cannot be explained as an arithmetical artefact. Measured productivity can increase if output falls by more than working hours and if the lowest-productivity workers disproportionately lose their jobs. While this did indeed boost measured productivity in the US, which shed labour dramatically in the spring of 2020, other rich countries saw output per hour worked fall off a cliff before recovering when economies reopened.

In any case, by the end of 2022 employment should have returned close enough to pre-pandemic levels that mere arithmetic cannot fully account for measured productivity increases. Some of the improvement — if it is realised — must reflect a real change in how productively that labour is employed.

If so, two questions are paramount. Why is productivity accelerating? And what should be done to stabilise it at a permanently higher rate?

Higher productivity is about doing more with less, and there are two obvious ways in which high-income economies have been doing so since last year. As Ozyildirim and de Vries say, “increased adoption of digital technologies could lead to a productivity revival . . . Slow labour supply growth and labour shortages could spur companies to focus more on innovation through accelerating automation and digital transformation.”

It is easy to see how technology boosts productivity, from the travel and commuting time saved by remote working to the jump in online sales and digital payments in retail. Governments can encourage businesses to maintain their gains — not pushing for a return to the status quo ante in terms of office occupation, for example.

It is more counterintuitive that labour shortages could be a good thing for the economy. Hardly a day goes by without headlines about managers complaining they cannot find more staff and have to stand in for missing waiters or cleaners. In other words, having to do more with less, or being more productive.

Economic history and common sense suggest that when demand outstrips supply, businesses up their game by increasing productivity. If wages rise, they have no alternative — or they will lose their workers to more productive competitors.

Productivity growth is likely to benefit from a combination of three things: demand that is expected to stay strong, affordable capital and technology, and training that constantly improves workers’ skills. Consistently achieving this combination means keeping employers on their toes to compete for workers.

The word “shortage” conceals this fact behind employers’ (perfectly understandable) complaints. But an economy where there is more than enough demand for everyone’s contribution is an economy that thrives: one where workers enjoy opportunities, where markets reward productivity improvements, and where the outlook warrants investment in expansion.

Maintaining a permanent degree of strong demand pressure, so that labour is always a little hard to come by, should be seen not as a danger but as a mark of economic success. As we hopefully beat back the virus, we should learn to live with labour shortages.