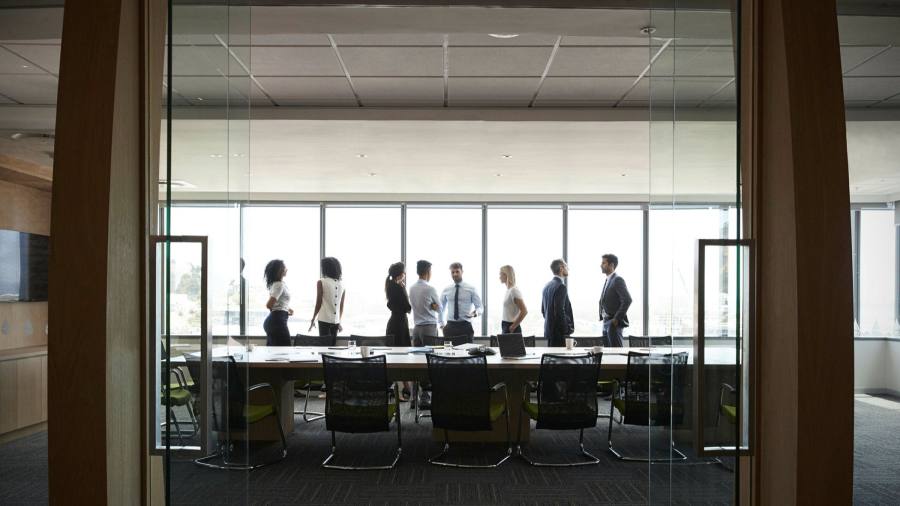 Sign up to myFT Daily Digest to be the first to know about Women in business news.

Celebrations over corporate Britain’s moderate success at increasing gender diversity in the boardroom have been premature. Members of the FTSE 350 index — which includes smaller, more domestically-focused mid-caps alongside the members of the larger, more internationally-orientated FTSE 100 — may have beaten a target for 30 per cent of board appointments to be women. But data on the gender pay gap for board members, revealed by the Financial Times on Monday, show significant progress still needs to be made.

On its own, the 40 per cent pay gap for FTSE 100 corporate boards shown by the figures would be concerning enough. The data show that the difference in earnings between men and women is the widest at the very top; the difference in median pay is about 15.5 per cent for the economy as a whole. That provides statistical evidence of the effect of a “glass ceiling” that stops women from advancing.

The causes of the discrepancy, however, reflect deep problems with increasing gender equality in UK boardrooms. Much of the gap is because women who make it to the boardroom are far more likely to be lower paid non-executives than among the ranks of the higher paid executives: about 90 per cent of female board members are non-executives. Even within the groups, though, there are significant pay differentials. For executive board members, the average pay for men was £2.5m while for women it was £1.5m. Among non-executives, men earned £170,400 compared to £104,800 for women.

One obstacle is the slow advance of women who are still less likely to occupy the most senior positions on the board, such as chair, which come with higher salaries. For non-executive directors, who are paid a flat rate, gaps emerge partly because men more often serve on internal committees, which comes with additional pay — and are, in turn, more likely to occupy leadership positions on them.

Problems in the boardroom are therefore similar to the stumbling blocks facing women in the rest of corporate Britain. While there is less of a gender pay gap among lower paid workers, and for younger women compared with their male peers, the gap opens up as women miss out on the best opportunities to reach the very top.

The modest success of Britain’s voluntary approach to increasing the number of women on boards — the five-year, business-led Hampton-Alexander review wrapped up this year after the 30 per cent target was reached — suggests that quotas are not necessary. The latest pay gap figures, however, show that reaching a numerical target is not enough. As the government plans a follow-up review urging businesses to reach a 40 per cent target, an approach that goes beyond increasing female appointments is needed.

The Financial Conduct Authority’s proposal that listed companies should have to “comply or explain” why they miss targets for gender and ethnic diversity on boards could be extended to pay gaps as well. Boards will need to look beyond traditional lists of retired former executives as well as reaching out to candidates from outside the UK to ensure a more diverse pool of talent.

They should also press businesses to invest in a broader pipeline of candidates and not allow women’s careers to be stuck down the corporate ladder. For UK boards to be truly representative of the society in which they operate, they will need to go beyond ensuring women are in the room when important decisions are being made. Instead, more women must be among those actually making them.