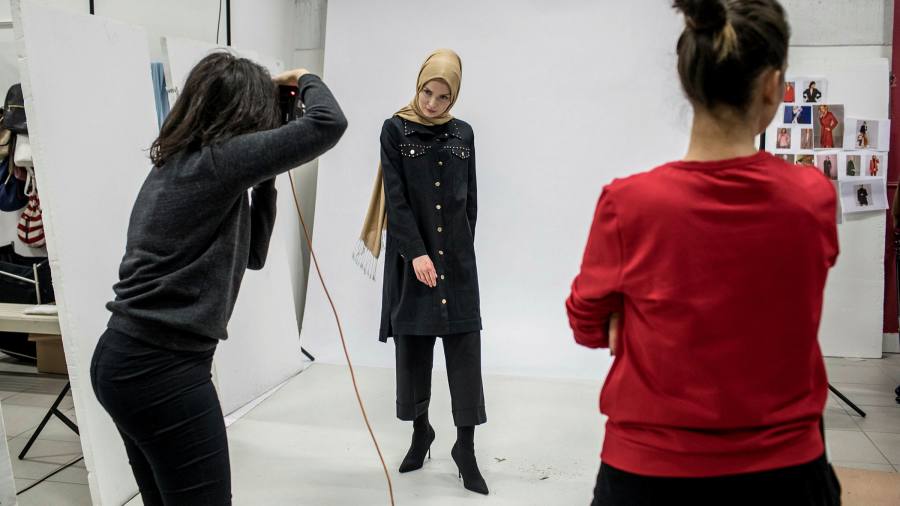 Sign up to myFT Daily Digest to be the first to know about Retail sector news.

Far from being an oxymoron, modest fashion has attracted investors such as Goldman Sachs and high street retailers such as Zara. It is a youthful industry and one that comes with all of the trappings of every other trend: influencers, YouTube shopping hauls and fast-growing start-ups.

The industry is underpinned by women – many of them Muslim – whose beliefs mean they wish to cover up. But looser waistbands, longer hems and arm holes that gape less are finding wardrobe space elsewhere. Older women and the working from home crowd are buyers. Fashion trends are embracing longer hemlines anyway : searches for maxi and midi dresses are up four to fivefold this year on John Lewis’s website. BIAH, a UK purveyor of abayas and other modest wear, carries a “curve conscious” range. The sun-shy welcome high necklines.

Early entrants into the market include Modanisa, a Turkish ecommerce platform that has won plaudits from wearers and capital from Goldman Sachs and the European Bank for Reconstruction and Development. Aab — the name comes from the Persian for water — is another, beginning with the germ of an idea in 2009. It is now sold in that home of middle England, John Lewis.

This is one trend no purveyor of fashion wants to ignore. High street retailers such as H&M, ecommerce site Asos and even sportswear manufacturers target the Muslim pound. Nike launched its swimming hijab in 2017. Speedo has boyleg swimsuits and other modest versions. Malaysia’s Innovacia bought Capsters, the self-proclaimed maker of the original sports hijab, in 2019.

To be sure, this is an industry far removed from the giddy popularity of tech. Venture capital raisings and M&A usually involve amounts too tiny to even disclose. Growth rates are nothing spectacular. DinarStandard, in its latest state of the global Islamic economy report, projects a five-year compound annual growth rate of just 2.4 per cent.

That is roughly one-third of the rate projected for the broader global fast-fashion market, based on the Business Research Company’s forecasts, and even further below the expected growth for the broader apparel market.

Still, niche brands do make waves. Privately owned Aab’s sales are up a fifth this year so far compared with the same period in 2019. More competition — and consolidation — looks inevitable.