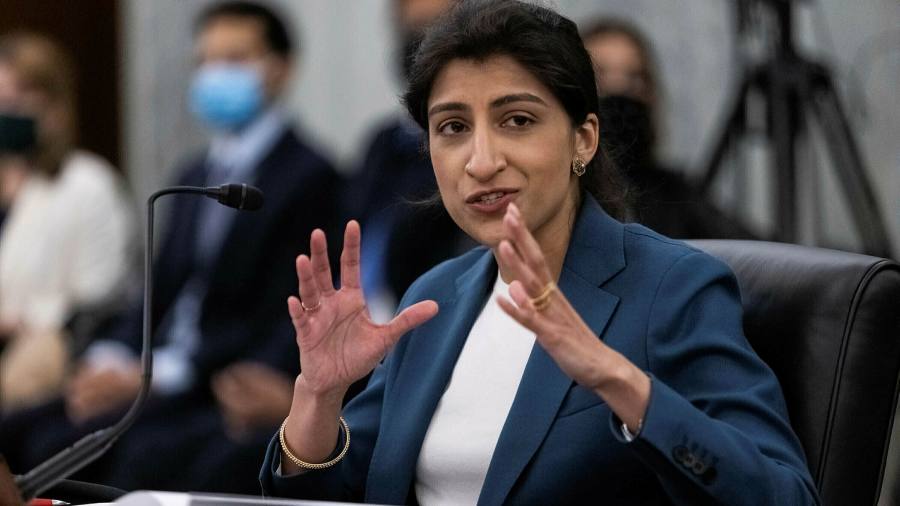 Are there votes to be won by taking on some of the world’s most popular consumer companies? That difficult choice could soon fall to the Biden White House as, in a midterm election year, the US edges closer to passing sweeping new restrictions on the biggest tech companies.

After years of the techlash and many months of political posturing and public hearings, things are finally coming to a head. The US Senate took up the case on Thursday, laying the groundwork for moving ahead with two new laws. The House of Representatives already considered the same issues last year, setting the stage for a final push for legislation.

One clear sign that the showdown is at hand has been the way some of the biggest tech companies have broken cover to take on their congressional critics directly. Until now, they’ve been wary of throwing their weight around: It might only underline how powerful they have become.

One of the proposed laws would force Apple and Google to end restrictions that have, to varying degrees, forced app makers to rely on their app stores to reach smartphone users. But it is the other one — the American Innovation and Choice Online Act, put forward by Democratic senator Amy Klobuchar and Republican Chuck Grassley — that would have the most sweeping impact.

The law’s backers say it is designed to prevent the biggest tech companies using their platforms unfairly to favour their own services. The tech companies, on the other hand, say it would threaten some of the everyday online experiences that hundreds of millions of users have come to depend on.

In Google’s words, the law would “break” some of its most widely used online services, for instance preventing it from showing directions in Google Maps in response to a search query. Amazon said it would hamper other sellers from reaching customers through its marketplace. Apple, meanwhile, claimed that breaking its App Store would undermine the company’s efforts to give iPhone users more control over how their personal data is collected and used.

Rivals say this is disingenuous, and that it would be perfectly possible to operate open platforms that give users a wider choice of services without jeopardising the user experience.

A more fruitful avenue for the tech companies may be playing up the potential conflict between regulators’ efforts to open up their platforms on the one hand, and guarding the privacy and security of users on the other. Google joined Apple in playing this card, warning that it would not be able to “bake security and privacy protections into our services” if it could no longer integrate the protections automatically.

The proposed laws have been brought forward with some Republican backing. But reaching bipartisan agreement will not be easy in an election year when almost any significant piece of legislation could be held hostage to wider party interests. Congressional Republicans have shown an eagerness in the past to use any tech-related legislation to challenge what they claim is pervasive anti-right wing bias on the part of the tech companies.

There are also more fundamental questions. Turning tech platforms into quasi-utilities would be a big step for a country that celebrates business success. In addition, Silicon Valley continues to play the National Champion card, with Google warning the bills would “harm America’s technology leadership”.

Until recently, the tech companies made much of the looming global competition from Chinese counterparts like Alibaba and Tencent, playing on escalating fears in Washington about the country’s rise as a technology power. Those warnings have become muted in recent months, as China has directly challenged the power of its own tech companies.

Speaking in an interview on CNBC this week, Lina Khan, head of the US Federal Trade Commission, said the Chinese action was a sign of what could happen when governments feared private companies were coming to rival the power of the state itself.

All that makes this year’s showdown in Washington a seminal moment for the tech industry. Given the fractious climate and the Biden administration’s need to pick its battles carefully after recent political setbacks, the odds still look stacked against sweeping legislation. But if congressional leaders in both parties decide there is political capital in challenging the power of Big Tech, it will be quite a fight.