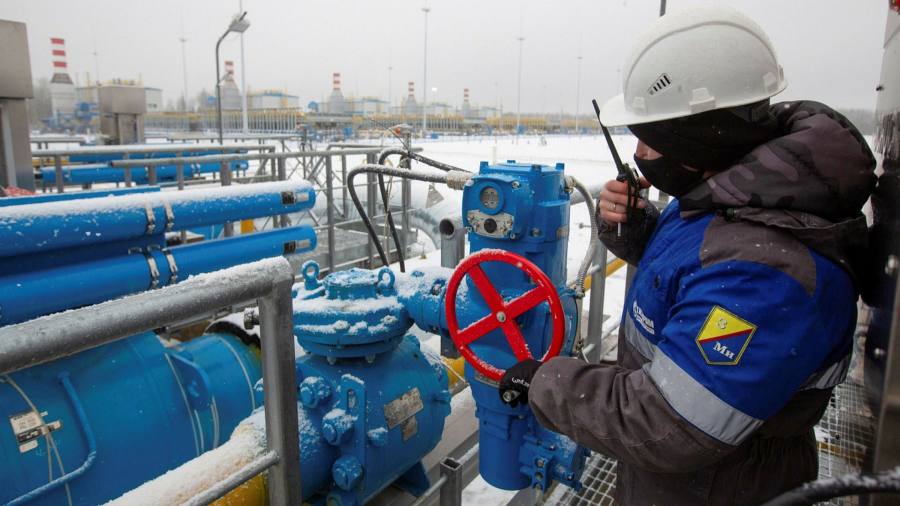 Europe is already experiencing the worst energy crisis since the Arab oil embargoes of the 1970s. Record natural gas prices are stoking a cost-of-living crisis from London to Warsaw. If Russia invades Ukraine, it could get much worse.

The EU relies on Russia for around 40 per cent of its gas in normal years. A steep decline in exports from the country in recent months has served — most likely by Kremlin-approved design — as a reminder of Europe’s huge strategic weakness when it comes to energy.

While few observers think Moscow would look to sever gas flows to Europe entirely if tensions escalate further, any additional restrictions on exports in the depths of winter would be likely to send gas prices to new heights.

Analysts at Citi warned this week that with a complete loss of Russian supplies Europe would face widespread industrial disruption and “rationing [of] electricity, potentially including rolling blackouts”. At best, with co-ordinated government action and significantly higher prices, Europe could replace two-thirds of Russian gas with seaborne LNG cargoes, Citi estimates.

“Given the likely widespread economic and societal impact in Europe, and likely punitive responses, we think Russian policymakers are unlikely to carry out such a threat,” Citi said. “[But] even reducing supply a bit, without a complete cut-off, could have sizeable impacts on prices and industrial production in Europe.”

Russian president Vladimir Putin, who has demonstrated in his public comments a solid understanding of how commodity markets function, knows you do not need to cut supplies to zero to have huge influence over markets. In the fourth quarter, Russian exports to north-west Europe were down between 20 and 25 per cent, according to the head of the International Energy Agency.

Moscow argues that it is meeting all its long-term contracts to European buyers. But heavily restricting spot sales with little prior warning and draining the storage facilities of Russia’s Gazprom in Europe has left the market desperately tight. Putin has repeatedly tied higher supplies to the approval of the Nord Stream 2 pipeline, which would bypass Ukraine to carry gas direct to Germany.

If Europe and the US retaliate to any further action from Russia in Ukraine by imposing sanctions, there are second-order risks. US president Joe Biden has indicated that Russian banks could be cut off from using US dollars in the event of a full-scale invasion. If western banks become wary of dealing with Russian entities, even in euros or other currencies, the risk of disruption increases — even if that was not the primary aim.

And while Moscow may be cautious about retaliating by cutting gas sales completely, given that it would have a galvanising effect in European countries, it would be foolish to rule out the possibility.

Europe is arguably already experiencing a form of economic warfare from Russia, designed to remind it of its weakness when it comes to energy.

Even if the current crises blow over, Gazprom has made clear it does not see Europe as its future, with plans to send the continent headlong into competition with China for its wares. Russia understandably views China’s energy-hungry economy as a huge opportunity and Europe’s aim to reduce fossil fuel consumption as a risk. But to date, Gazprom’s pipeline exports to China have only come from newly developed gasfields in the east of the country that do not supply Europe.

Plans are being studied, however, to connect up the western Siberian fields that supply Europe to China via a pipeline running through Mongolia, potentially by the end of this decade. Cold winters 10 years from now could land households in Europe in a bidding war with state-backed Chinese utilities for the gas they need.

Today’s intertwined crises in gas prices and Ukraine should finally force action from Europe to reduce its reliance on Russian gas as quickly as possible. That it has not done so already represents a huge failure by European policymakers, leaving a strategic weakness at the heart of the continent.

The heart of the EU’s actions should be to accelerate the move towards renewables and investing substantially in energy efficiency. But Europe also needs to act aggressively on gas supplies today, as it will take years for wind and hydrogen to have a significant effect.

While domestic gas production should not be discouraged, politicians should be sceptical of claims that Europe can drill its way out of this mess. But securing alternative gas supplies through seaborne LNG contracts, potentially with co-ordinated government support and investment in projects, could at least reduce reliance on Russia in the coming years. To fail to do that now would only encourage Putin.