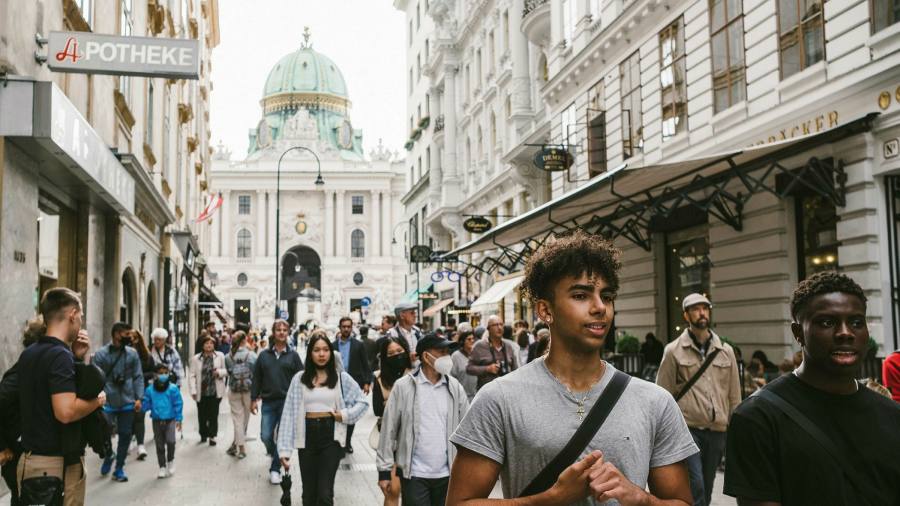 Sign up to myFT Daily Digest to be the first to know about Vienna news.

Few European cities — outside the continent’s former communist half — have changed as much as Vienna over the past 30 years.

On visits to the Austrian capital, I barely recognise the city of faded glories and elegant decline that I lived in during the 1980s. Thanks to Europe’s geopolitical transformation, and an intelligent long-term effort at urban renewal, Vienna is nowadays one of the most pleasant cities in the world to live.

The Vienna of two or three generations ago was an outpost of the democratic western world, perched on the edge of Soviet-controlled eastern Europe. It was a hive of international espionage and intrigue, famously captured in Carol Reed’s 1949 film, The Third Man. Parts of the city centre were dark and eerily quiet.

When I walked at night from my office in the old stock exchange building at Schottenring to my tiny studio apartment on Tiefer Graben, an alley in the First District, my footsteps echoed on the cobblestone streets.

Vienna had, and still has, its distinctive landmarks such as the Hofburg palace, St Stephen’s cathedral and the Ferris wheel at the Prater amusement park. But the city rarely hit the world headlines. When it did, it was sometimes because of grim events such as the 1975 hostage-taking at an Opec meeting, or the terrorist attack on Vienna airport in 1985.

Vienna today exudes a bustling confidence about itself and its future that was close to unthinkable during the cold war. The capital has achieved the impressive triple feat of expanding in terms of population, growing in prosperity and becoming a socially inclusive, financially affordable and environmentally sustainable city. Moreover, it is a far more international place than in the era when Viennese German was the most commonly spoken language and a cornerstone of the city’s identity.

About 1.94m people live in Vienna, an increase of 400,000 or so since the 1980s. According to city officials, 31.5 per cent are foreign nationals and 37.1 per cent were born abroad. Take a ride on a tram or the metro, and you will hear Arabic, the languages of the Balkans, English, Polish, Russian, Turkish and German as spoken in Germany.

Over recent decades the rising numbers of foreigners, coupled with the arrival in 2015-16 of thousands of refugees and migrants from Afghanistan, Iraq and Syria, drove up support for the far-right Freedom party. But, in last year’s municipal elections, the far-right vote collapsed — to the benefit of the Social Democrats, traditionally dominant in Vienna, as well as the conservative Austrian People’s party and the Greens.

Social tensions are generally low because the city authorities place a strong emphasis on affordable housing for everyone. The municipal government owns about 220,000 apartments, rented out to low- and medium-income residents. Limited-profit housing associations also provide co-operative dwelling units whose rents the city subsidises, as Eugen Antalovsky and Jana Löw, two specialists on urban innovation, point out.

At the top end of the market, property prices are booming. House prices in Vienna rose by almost 11 per cent in the year to March 31, the highest growth in eight years. In the First District, the centre of the luxury and secondary home market, apartments typically cost between €11,000 and €13,000 (£9,000 — £11,000) per square metre.

Demand is high because buyers, both Austrian and international, value the quality of life in Vienna and the city’s excellent location as an air, motorway and train link to other parts of Europe, especially to the east, and the wider world. Austria’s entry into the EU in 1995 was decisive in developing these networks.

About half of Vienna consists of green spaces, such as the delightful Kurpark Oberlaa, Schweizergarten and Türkenschanzpark. The city’s air is clean, the drinking water is of exceptionally high quality and noise levels are low. Between 1990 and 2010, carbon emissions fell by 21 per cent in per capita terms and by 10 per cent in absolute terms, city planners estimate. 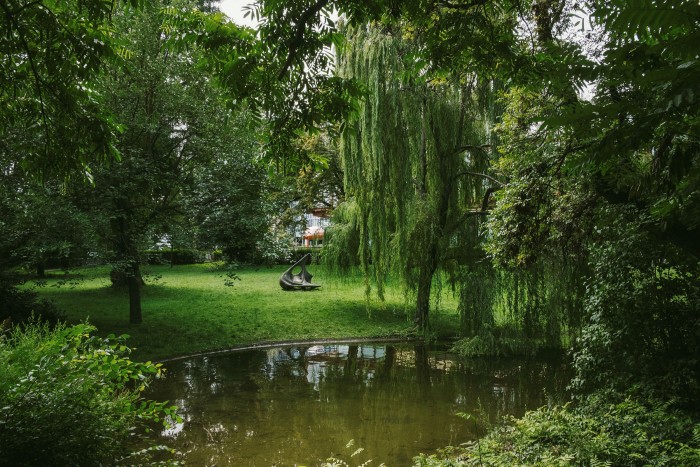 Part of this is down to the declining use of private cars, the rising popularity of bicycles and an expansion of public transport, which is efficient, rarely crowded and relatively cheap. A weekly travel pass, valid for unlimited travel in Vienna, costs €17.10.

Finally, there is the city’s inimitable café culture. At the ornate Café Central on Herrengasse, there must be something in the coffee that makes you half-expect Sigmund Freud or Stefan Zweig to walk in and take a seat, as they did in the Vienna of times gone by.

But my personal favourite is Café Ritter on Mariahilfer Strasse, a 19th-century coffee house with high windows and dark wooden panelling in Vienna’s Sixth District. Its atmosphere of peace and repose is as comforting as in the 1980s — a reminder that tranquillity and tradition flourish in Vienna despite the ever changing conditions outside.

Tony Barber is European Affairs Columnist at the Financial Times