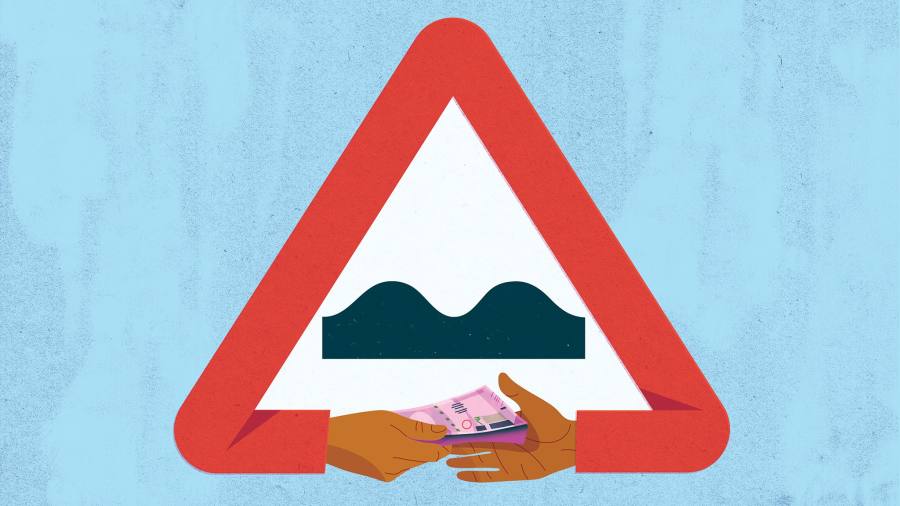 When India went into lockdown last year, I started driving for the first time since I began living here to avoid exposure and because there were no taxis on the road. As a member of the press, I was permitted to move around. But at the many police checkpoints, officers would sometimes question my Canadian licence. I thought it would make my life easier to get an Indian one.

So I began an almost year-long journey that revealed the messy reality of India’s digital transformation. Maybe I wouldn’t have gone for it had I known from the start that the test would take place at one of the new automated centres in New Delhi where computers judge your driving skills. We’ll get to that later.

Years ago, Top Gear’s Jeremy Clarkson made fun of India for having one of the easiest driving tests in the world because you could essentially pay a bribe and get a licence. Moving everything online was supposed to cut out bribes and middlemen, while standardising the process, resulting in better drivers.

My first step was registering online for a learner’s licence on a website so glitchy it kept crashing. This is common with government sites. Taxpayers, for example, have been wrestling with an income tax portal rolled out in June by Indian outsourcing giant Infosys. “There are various issues, sometimes data isn’t available, sometimes we’re not able to file returns,” says one accountant. “It takes extra time and it’s unpredictable.” The same goes for booking coronavirus-related vaccine appointments and filing visa applications.

Upon passing the five-minute test you are free to enter New Delhi’s congested roads, where the traffic includes cars, trucks, cows and dogs

I needed a middleman. Luckily, I had one within walking distance. Sanjiv — not his real name — worked in a small but immaculately kept office that barely fitted one desk and two chairs. In response to my problem, he said, “I’ll get it done from the transport department itself” and picked up the phone to call the transport office, where someone with access to the system booked the test directly. That cost me Rs200, about £2. I would have to pay Sanjiv to help me almost every step of the way.

Shortly after, I took the learner driver’s test: 10 questions on a computer, all in Hindi. I scraped through answering six out of 10 correctly to move on to the next phase: the track. In a driving test bearing scant relevance to actual conditions, Indian motorists are asked to perform manoeuvres such as a “reverse S-curve”, parallel parking and a figure of eight (while using indicator lights). At the few new, high-tech centres such as this one, the timed test is judged by cameras and sensors.

Upon passing the five-minute test you are free to enter New Delhi’s congested roads, where the traffic includes but is not limited to cars, trucks, cows, dogs, horses, rickshaws and pedestrians.

I showed up to the test feeling confident. A group of about 20 of us were taken on a walk-through of the course. I thought it looked pretty easy, but within seconds of starting, things went horribly wrong.

I failed the reverse S-curve not once but twice. “This is the hardest test in all of north India,” said one applicant in commiseration. At least I wasn’t alone. The first day that automated tests were rolled out in 2019, 90 per cent of applicants failed, according to local press. I wondered what Clarkson would make of India’s driving test now.

On the third try, I finally passed. But it seems most people don’t stick around that long. They just pay a bribe to take the test in a centre without a track or go to another state with less stringent testing. That may sound like a pain, but I can vouch for it being easier than struggling with a dysfunctional website.

Jayanth Kolla at consultancy Convergence Catalyst explains that there is a chasm between public and private technology services in India. “The issue lies in the acceptance or admission of a problem,” says Kolla.

Attracting tech talent to work in government is also difficult: “The most talented folk don’t instinctively gravitate towards the public sector, the machinery is so bureaucratic.”

There is no doubt that India is leapfrogging other nations when it comes to technology. With inexpensive data, Indians are some of the most voracious online content consumers in the world. QR codes for mobile payments are everywhere and splashy tech companies are promising to revolutionise all sectors from food delivery to education.

But if my driver’s licence experience taught me anything, it is that until the kinks get ironed out, it is probably still a good idea to keep some workarounds in mind.