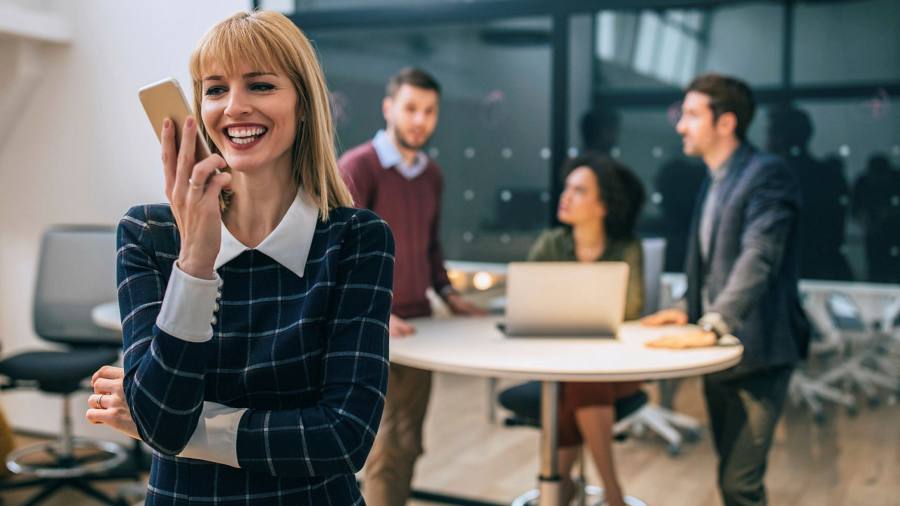 Sign up to myFT Daily Digest to be the first to know about Office life news.

One of my favourite stories about life at the Financial Times concerns a very grand man with a very loud voice.

Each day, he would arrive at his desk in London, pick up the phone, lean back in his chair and proceed to drive all within earshot berserk.

He had the sort of booming voice that was impossible to ignore, and sat with a small team of people in open plan desks in a nook where escape was impossible.

No one else could concentrate. Some could barely make out what was being said on their phones because of the racket he made on his. Gentle efforts to see if he might pipe down went nowhere so finally, his colleagues acted.

One day, before he got to work, they unplugged his computer and moved it, along with all his stuff, into a corner where he had to face the wall. When he arrived, no one said a word. Astonishingly, neither did he. Instead, he sat down, logged on and started work. “He was still quite loud,” one of the computer-movers told me later. “But it was an improvement.”

This happened so long ago that everyone involved has now left the FT, but the scourge of noisy colleagues has by no means gone. If anything, it is about to feel considerably worse for the pandemic home workers being summoned back to the office from relatively tranquil homes.

It is tempting to think this is a particular problem in Britain, where people are said to have a tireless propensity for politeness and might therefore find it harder to tackle clamorous colleagues directly.

Having spent years in offices in Australia, the US and UK, I doubt it.

In fact, a majority of workers in all three countries told researchers in a 2019 survey that office noise caused stress and anxiety, and the chief culprit was other people talking.

I have come across endless examples of workers who have struggled to deal with unshut-uppable colleagues. Some have clamped luridly coloured industrial headphones to their skulls. Others have bought £250 AirPods or shifted desks. Nothing worked.

There is plenty of advice about what to do. Victims are told they should politely raise their misery with the perpetrator, or a manager or, in extremis, HR. Or find a quiet spot in the office, or knock down cubicle walls that give a false sense of privacy that encourages people to be louder than they otherwise might.

Yet if these ideas were effective, the problem would have vanished long ago. It has not because, like overflowing email inboxes and other workplace woes, office noise is largely a structural problem that individuals cannot hope to solve by themselves.

A lone worker cannot magically create a quiet zone or, better yet, an office with a closing door. Nor can they stem the spread of a prime offender in the noise wars: cheaper but noisier open plan offices. A 2018 study of office workers from China to India, Europe and the US, found that just 1 per cent said they could easily block out distractions and concentrate, down from 20 per cent in 2015.

Workers continue to be told privacy-killing, productivity-sapping, flu-spreading open-plan designs foster collaboration and creative spark, yet studies suggest they do the opposite.

A shift to open plan led people to withdraw from colleagues and resort to more emails and instant messaging, while the amount of face-to-face contact dropped about 70 per cent, one 2018 paper found.

So could things change post-pandemic? Poorly planned open offices were bad enough before Covid, but they make no sense at a time when employers are scrambling to retain or hire staff amid a so-called great resignation wave of uncertain endurance. A lack of quiet spaces for people to work uninterrupted leaves the wholly accurate impression that staff are not hugely valued.

With luck, the past 18 months will have at least curbed the open plan curse of presenteeism, and keep sniffling stalwarts who coughed through the work day in bed where they belong.

I would like to think anyone afflicted by a loud office neighbour will soon find similar solace. Meanwhile, it might not hurt to leave a copy of this column on their chair.