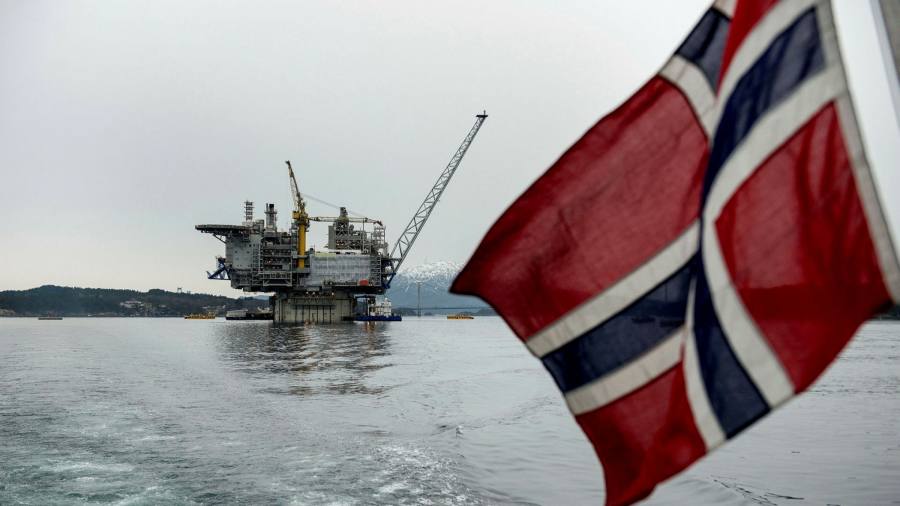 Sign up to myFT Daily Digest to be the first to know about Norway’s Oil Fund news.

Norway’s $1.4tn oil fund tests the logic and limits of some of the hype around responsible investing.

Can an investor funded entirely from oil and gas revenues take a credible stance against climate change? Can a fund ultimately controlled by Norway’s parliament and government make decisions on what to invest in — and, more crucially, what not to — and not be thought of as acting politically?

These questions and more have come to enliven a tepid national election campaign that looks set to see a return of the centre-left to power after eight unprecedented years of centre-right rule in Oslo. The oil fund, now run by a high-profile former hedge fund manager, is the world’s largest sovereign wealth fund, owning on average 1.4 per cent of every listed company in the world.

Ever since its inception 25 years ago, Norwegian politicians have intoned ad nauseam that the fund is purely a financial investor, and is not a tool for foreign policy (or anything else) for whatever party holds power in Oslo.

But that belies the reality of the fund’s sway on capital markets. So quickly did the fund grow — thanks both to surging markets and petroleum revenues that boosted its assets fourfold in the past decade and 20-fold since 2001 — that its initial insistence on only being a financial investor had to be jettisoned for the mantra of being a “responsible owner”.

Various policies were formulated by the fund’s manager — Norges Bank Investment Management, an arm of the central bank — on everything from executive pay and board diversity to sustainability reporting and different share classes, all based on international standards rather than a particular Norwegian view.

But alongside that are a number of product bans taken by the Norwegian parliament as a sign of what the people — the ultimate owners — are unwilling to hold. The original exclusions of tobacco and nuclear weapon producers have been added to over the years by parliament to include companies too dependent on coal and pure oil exploration and production groups.

It was against this backdrop that Jonas Gahr Store, leader of the Labour party and favourite to become prime minister after the elections on September 13, said in late 2019 that “we have to get used to saying that the oil fund is a political tool”. His comments caused a storm, with both the central bank governor and the current centre-right government intoning that the fund must never be used for political purposes. Many on the left though welcomed the stance as they are keen to use the fund to push green change.

But for many his comments merely reflected the reality of the fund and its growing heft. As Karin Thorburn, a professor at NHH Norwegian School of Economics and a recent member of a government-appointed committee that looked at climate risk for the oil fund, says about the fund’s tens of thousands of votes at annual meetings: “There’s no such thing as non-political. To some extent, every decision is political.”

The expert panel she was part of hinted that the oil fund, once seen as world-leading in ethical or responsible investing issues, had been surpassed by other funds. Its mandate should be changed to include climate risk and a long-term goal that companies in its investment portfolio should have net zero emissions, the panel recommended. Companies that fail to set a timetable for net zero could be barred. “Before, it has never been explicit in the mandate: what does it mean to be a responsible investor?” asks Thorburn.

She argues this is less about any financial impact such a push would have and more about securing popular support for the fund. “It’s really about legitimacy. You really need political legitimacy for the fund to operate in Norway,” she says.

Perhaps unsurprisingly, reaction to the report was split on party political lines. Gahr Store promised to implement the recommendations if he came to power, while the populist rightwing Progress party argued that it would be “unwise to politicise the oil fund”.

All this is probably a taster of what is to come for one of the rare sovereign wealth funds in a democracy as Norway grapples with its own questions around climate change and having the biggest petroleum industry in western Europe. The fund is now about four times larger than Norway’s annual GDP, its annual payments represent a quarter of the state budget, and it is worth more than the oil and gas left in the ground for Norway. Questions about the political use of the fund are only starting.