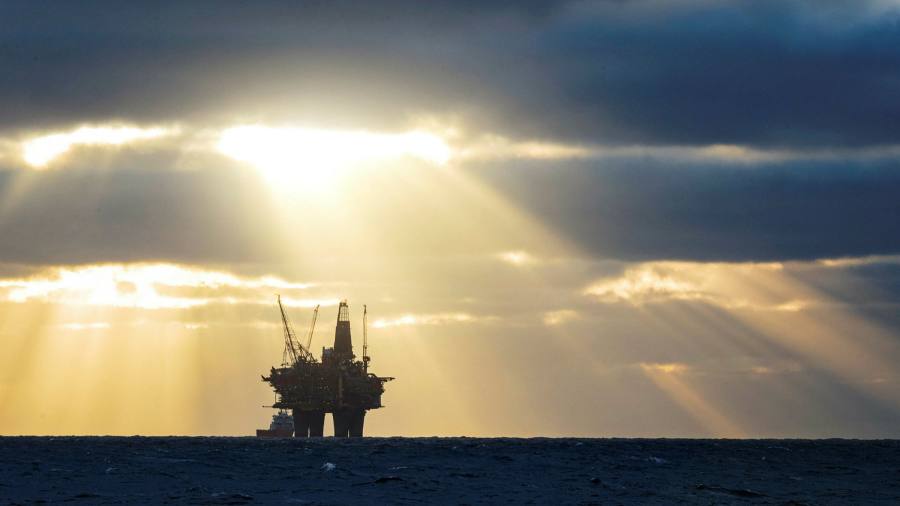 Sign up to myFT Daily Digest to be the first to know about Norway news.

When Norwegians vote in their general election on Monday, opinion polls suggest that a Labour party-led coalition will replace the centre-right government that has ruled the country for the past eight years. That will do nothing, however, to settle the political divisions that have been exposed during the campaign, cutting across traditional camps.

Ostensibly fought on who should form the country’s next government, the election could reasonably have been expected to hinge on the current government’s handling of the pandemic; good by European standards. Instead, the campaign was turned into a climate election when the UN this summer declared its latest scientific findings “a code red for humanity”.

This laid bare deep splits over climate between the putative coalition partners both on the left — where greens, socialists and a hard-left party line up against more industry-friendly Labour and Centre parties — and on the right, where the ruling Conservative party is pulled in opposite directions by climate-conscious liberals and populists embracing the oil industry.

Outsiders may be forgiven for thinking Norway’s wealth makes it easier for it than any other country to navigate the green transition: it leads the world in electric vehicle adoption, for example, thanks to generous tax advantages. In fact, the political conflicts around climate policy in other countries are as relevant in Norway, if not more so. The country’s outsize wealth does, after all, derive from the sale of hydrocarbons.

Fear of what phasing out oil and gas production (as the climate-campaigning parties want) would cost in tighter public finances and lost jobs in regions servicing the North Sea echo some countries’ resistance to abandon cheap fossil power generation.

Meanwhile, the eagerness with which many Norwegians embrace decarbonisation, from the ubiquitous electric vehicles and bicycles to clamours for better railways and less meat, is overlaid with the same cultural suspicion and redistributive conflicts between rural and urban places, and between peripheries and elites, as we see elsewhere.

These conflicts play out in recognisable ways. Like elsewhere in northern Europe, the parties with aggressive climate policy ambitions may rack up some 20 per cent of the vote. A large majority still vote for the Labour and Conservative parties, whose need to straddle disparate groups of traditional supporters damps any impulse towards radicalism, or for special-interest parties appealing to voters with other concerns.

But in electoral systems based on proportional representation, such as those in Norway and much of Europe, 15 to 20 per cent makes a big difference to whether viable coalitions can be formed. That forces all parties to take climate change policy seriously, whether it is to keep enough voters on side or to agree a programme for government. Climate-conscious parties’ greatest influence lies not in how much of the electoral spectrum they control but in how they make the whole spectrum greener. This election shows that Norway is no different.

Thanks to its wealth, industrial experience and high level of trust, Norway is well equipped to make a success of decarbonisation. But the lesson of the election campaign now drawing to a close is that this does not make the politics of climate change any less fraught.

Whoever is declared the winner after the polls close on Monday night will find that winning the policy peace is harder than winning the electoral war — even when you have public finances other governments can only dream of.