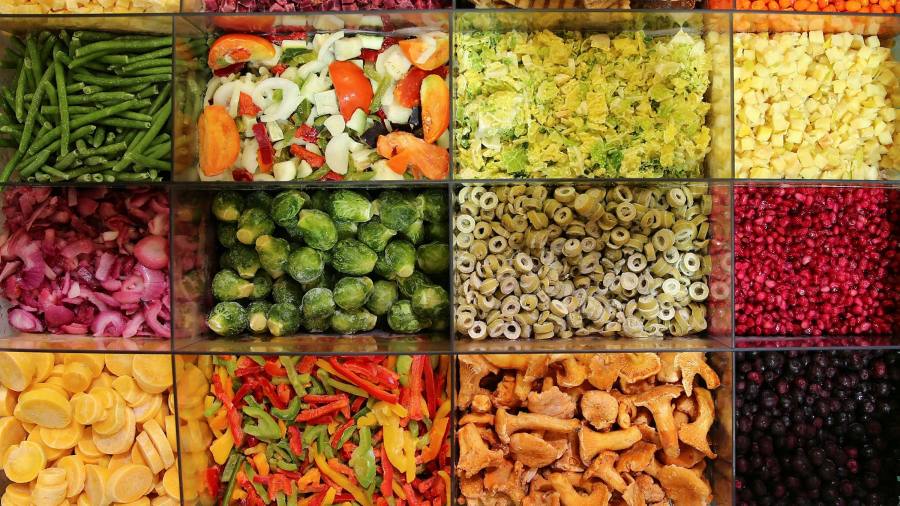 Sign up to myFT Daily Digest to be the first to know about Food & Beverage news.

It’s Good Food Box Friday and you could have amazing produce like this by next week if you order by 4pm today!

OK so yes, today is technically not Good Food Friday — that was last week — and you can’t actually currently buy a Dismantling White Supremacy Food Box from the FoodShare website because IT’S SO POPULAR IT’S SOLD OUT, but we felt we would share this with you anyway.

So what, prey tell, is a Dismantling White Supremacy Food Box, we hear you ask? We’ll let FoodShare — a Toronto-based non-profit — explain (with our emphasis):

Food justice underpins much of FoodShare’s work and our Food Justice Statement speaks of our work towards dismantling the systemic forms of oppression that exist in the food movement and beyond. From that understanding, the Dismantling White Supremacy Box was designed.

Black, Indigenous and racialized communities experience higher rates of food insecurity in Toronto and remain under-represented and under-supported in farming. That’s why our Dismantling White Supremacy Box is packed full of local, organic produce grown by farms that are led, run or owned by racialized folks. Help us advance food justice by purchasing this box . . .

Now we don’t mean to be too cynical — and we are sure that FoodShare has good intentions — but . . . say what now? We can really advance food justice and dismantle systemic forms of oppression and white supremacy by simply purchasing a box? Buying a food box can literally do away with the unhinged belief in people’s minds that white people are superior to others? Why didn’t someone tell us this earlier?

Also if you are wondering who these “racialized folks” they refer to are, well it turns out that in Canada, “racialized” is the word used to describe everyone who is non-white, apart from Aboriginal people (we don’t understand either; you can find an explanation of this here though if you are interested). The Canadian government’s website says of the term:

We use this term to mean persons, other than Aboriginal peoples, who are non-Caucasian in race or non-white in colour. In this bulletin, the term “racialized persons” refers to those people who self-described as a visible minority on the 2006 Census. For more information about terminology, refer to the Methodology section at the end of the bulletin.

So now you know.

FoodShare is not alone in offering punters the chance to wash away their white guilt by spending money, however. The Sunday Times had a story back in June on the $5,000 “racism suppers” offered by an initiative called “Race2Dinner”, that are being hosted for white women. From the piece (with our emphasis again):

They must be prepared to “set aside your white woman tears” and “smash your white fragility” if they want to join the evening organised by Race2Dinner, an initiative created by Regina Jackson, who is black, and Saira Rao, who is Indian American.

The dinners are intended to propel virtue-signalling white women towards tangible action. Each supper costs $5,000 (£3,544), split between eight people — but “people pay more than that for a Chanel bag”, says Jackson.

You’ve got to acknowledge that you’re a problem, that you have all this extremely toxic behaviour inside of you, and you need to deconstruct your whiteness and start being in community with each other around this,” says Rao, a former Wall Street lawyer, over a video call from her home in Denver, Colorado.

Clearly, there is lots of money to be made by charging people to wash away their guilt. The great thing is the buyers don’t actually have to change their behaviour or do anything at all really other than perhaps turn up to a supper party; just pay some money to the right place and all will be well. We reckon this will be a rapidly growing space in the coming years — in fact the ESG investing boom is a part of the same thing, we would suggest. Kind of like having your cake and eating it, but paying for it too so that you don’t get any horrid cake-guilt. Everyone’s a winner.

We are keeping comments off for this one because, quite frankly, what is there to say.