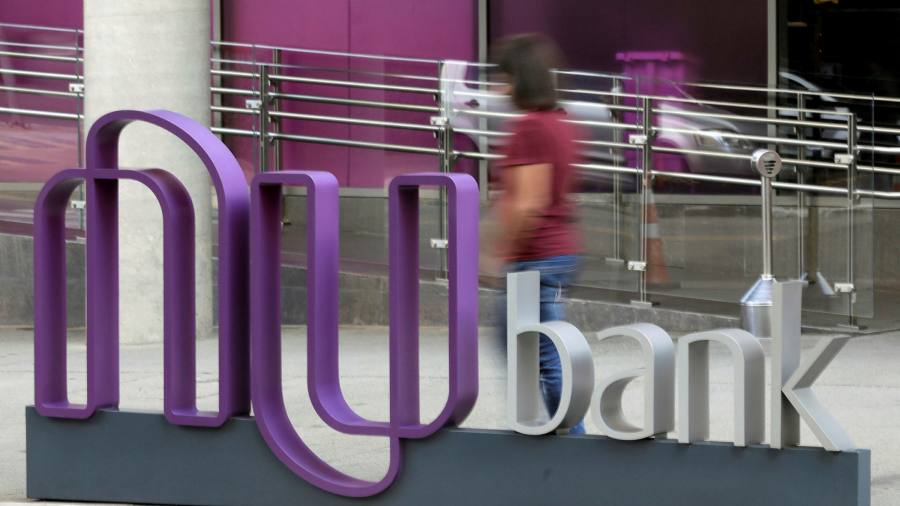 Sign up to myFT Daily Digest to be the first to know about Fintech news.

Brazil’s banking system is a good case study for disruption. The industry, dominated by a handful of traditional lenders, is synonymous with exorbitant fees, bureaucracy and long lines at bricks-and-mortar branches.

Nubank, a homegrown fintech, is among those leading the charge for change. The eight-year old start-up received a big vote of confidence in June when it secured a $500m investment from Warren Buffett’s Berkshire Hathaway at a $30bn valuation. Now it is reportedly considering an initial public offering that could value it at more than $55bn.

That would make Nubank more valuable than the country’s top lender, Itaú Unibanco. It would also imply some extreme earnings expectations. Although Nubank boasts 40m customers, it still ended 2020 with a loss of R$230m ($44m) and a loan book of roughly R$18bn, according to Brazilian central bank data cited by Reuters.

Growth potential is there. Brazil’s banking industry is one of the world’s most lucrative. Returns on equity topped 17 per cent in 2019, according to S&P Global. That compares with 10.6 per cent in the US, 8.8 per cent in Asia-Pacific and 5.8 per cent in Europe.

Some 60m people in Brazil — out of a population of 216m — remain unbanked, according to Nubank. Across Latin America the figure is close to 300m.

Targeting these underserved customers with digital offerings makes sense. Over half of Brazilians now own a smartphone. New customers can apply for a credit card through their mobile, with Nubank checking their creditworthiness online. The company has branched out into other products such as life insurance and mobile payment products.

Macro conditions are in Nubank’s favour — for now. The erratic Brazilian economy is expected to grow more than 5 per cent this year and 2 per cent next year. Loan delinquencies have remained stable at 2.3 per cent.

Growth stocks are pricey. Nubank is no cheaper than US and Asian fintechs. But for those interested in the sector it does at least offer a new form of geographic diversification.