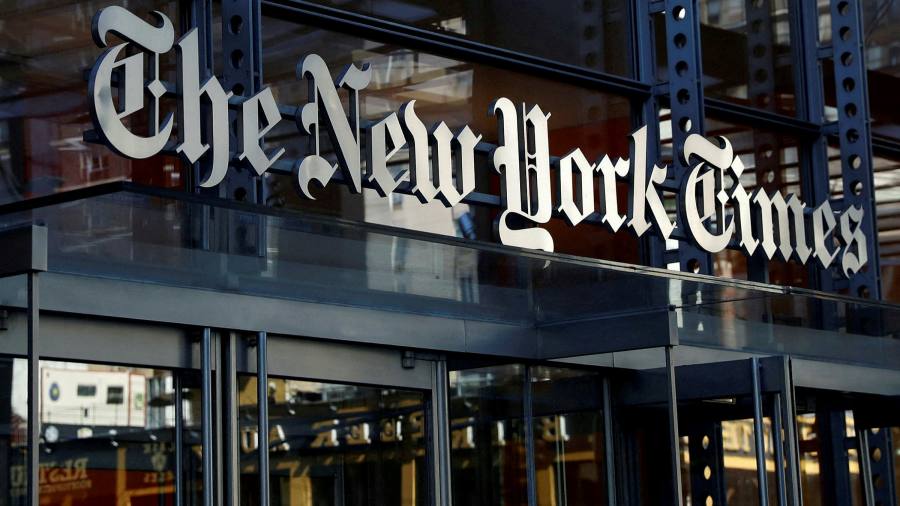 Promising but unproven free agents are expensive to sign. On Thursday, the New York Times announced that it would purchase The Athletic, a venture capital-backed sports news website, for $550m. Talks had been under way for months, amid speculation about how the newspaper would reach its goal of 10m subscribers — up from 8m today.

Privately held, The Athletic had not regularly disclosed its financial results but on Thursday NYT management said the website had lost $55m in 2021 on just $65m of revenue. It had spent heavily on journalists and promotions to attract its current 1.2m subscribers.

The NYT has been a journalistic success story in recent years; its enterprise value has surged to $6.5bn. But its shareholders are wondering what its next trick will be. The Athletic pushes the NYT into a new subject area where it believes it can wring out growth, particularly from selling digital advertising. But the deal, for now, is just a reminder of the challenging economics of the news business.

The Athletic was founded in 2016 on the premise that a digital-only website could snap up local sports reporters when legacy newspapers were going under. Its most recent funding round, two years ago, valued it at $530m, according to PitchBook.

The company relies on subscribers paying for its respected journalism. Based on the numbers shared on Thursday, each reporter is worth roughly $150,000 in annual revenue. By contrast, the 1,700 members of the New York Times newsroom bring in almost $1m a year on average. That figure includes subscription and advertising revenue across print and digital products.

The cash deal will chew up half of the NYT’s existing cash balance and The Athletic’s losses are expected to persist for at least a few years. But the NYT believes that its commercial chops and ability to appeal to marketers will allow it to build a prosperous advertising business on top of The Athletic’s existing subscription model.

The NYT has made other smaller acquisitions in recent years but The Athletic is the largest and most focused on pure journalism. The deal offers few cost savings and its success depends on achieving substantial revenue growth that damps the heavy cost of highly paid writers. Developing talent in-house is always cheaper whether in sports or in the news media that covers the games.