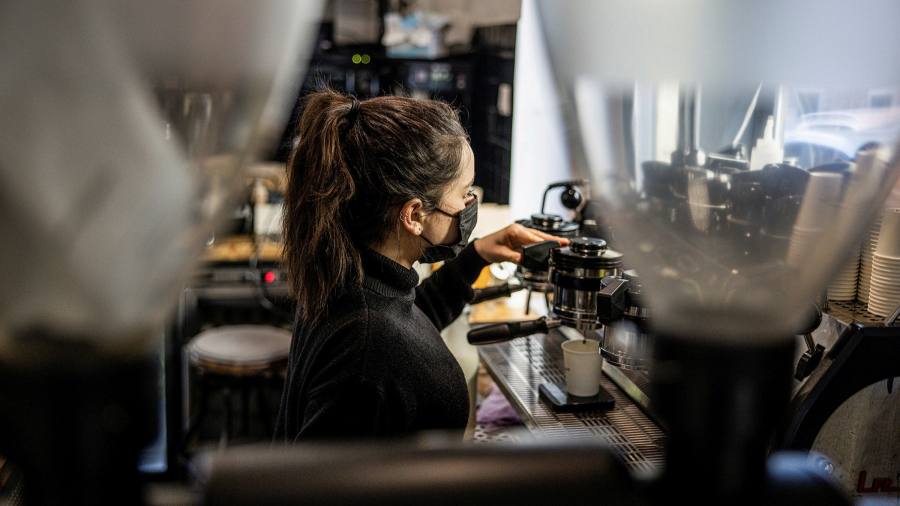 Sign up to myFT Daily Digest to be the first to know about Macroeconomics news.

This article is an on-site version of Martin Sandbu’s Free Lunch newsletter. Sign up here to get the newsletter sent straight to your inbox every Thursday

Welcome back! I hope all Free Lunch readers have had a good holiday or are enjoying some well-earned rest at the moment.

In my last piece before the break, I used my experience of Covid-19 testing in different countries to illustrate my long-term theme that higher wages can drive higher productivity. The simple but powerful idea is that where wages are high, businesses have stronger incentives to use labour more efficiently — and this is as visible to customers of Covid testing as of those in my well-worn example of the car wash.

Many readers emailed me with productivity examples of their own. Many thanks, and keep them coming. I devote this “back to school” issue of Free Lunch to sharing some of the exchanges I have had with you over the past few weeks.

Here is a reaction from Mike:

“I live in Australia now, but lived in Switzerland for 7 years. A good Swiss friend is the member of his community (Gemeinde) council responsible for road repairs. When he came to stay with us here, we drove past some resurfacing, and he commented how slow it was: 4 people taking a whole day to do what would be done by 1 person in a few hours in suburban Zurich, and to a lower standard of finish.

“Another example is the Australian penchant for having a human being — before Covid, usually a working holiday visa holder, one of Aus’s sources of cheap immigrant labour — holding a ‘Stop/Slow’ sign instead of the traffic being controlled by temporary lights. Unheard of back home in the UK for decades.”

Another reader, who prefers to remain unnamed (readers, you can write to me without fear!) compared the use of security guards in Malawi versus South Africa. In Malawi, every affluent resident will have live-in security guards whose main concrete job, in fact, is to pull open the car gates at the honk of the horn. In contrast, this reader wrote, South Africa is richer with higher salaries but its security situation is without comparison worse, yet most will opt for automated gates and on-call security for emergencies.

“In the UK very common. In Canada virtually non existent. Maybe they can’t be explained in the same way as your car wash example?”

My initial reaction was that Tony is right; Canada’s lack of take-up of this technology cannot be blamed on having a bigger low-wage labour market segment than the UK, I thought. OECD data show that Canadian wages are on average higher than British ones and income inequality somewhat lower. In our exchange, we wondered if cultural resistance to labour-saving capital could be higher, so that it may be too soon to see full take-up of this new-ish technology.

But the OECD also has data on the “incidence of low pay”, which measures the share of workers making less than two-thirds of median earnings. It turns out this share is quite a bit higher in Canada, at 20.7 per cent, than the UK’s 18.1 per cent (see chart below). So maybe this does fit with the general pattern after all. What do other readers think — especially those with experience from Canada? Another thought-provoking counterexample came from Hugh, whose comments I repeat at length:

“I had a similar observation driving back from continental Europe to the UK (2 years ago, sadly). Stopping at motorway service areas for a coffee, all the way through Germany, Belgium and France there was no choice but to use a self-service coffee machine. At the first stop after coming out of the tunnel in England, there was a counter with a friendly barista (central European, of course, pre-Brexit) to make the coffee. This illustrates your point about the different economic models.

“But there is also a point about quality. The hand-made coffee in England was a lot better than the machine made coffee on the continent. And it was nice to exchange a friendly word with the barista while it was impossible to speak to the bored cashiers at the continental service areas. I would say the same about car washes: I’m sure one reason why in Britain teams of people have replaced mechanical car washes is that they do a better job: they will deal with that particularly recalcitrant bit of bird poo and they don’t break radio aerials (and they vacuum inside).

“The real objective should be to use improved technology to raise quality as well as efficiency. The barista makes good coffee and has time to talk because she has a sophisticated espresso machine (not just a kettle). The car washers do a good job and pay attention to detail because they have high-pressure hoses (not just rags). That surely is the best of both models.”

As Hugh points out, quality requires capital investment (the espresso machine, the high-pressure hoses). But also, the labour typically has to be skilled — in the broad sense that includes the social and language skills to engage with clients as well as in the narrow sense. A real top-quality coffee requires quite a bit of training and knowledge: about the brewing process, the operation of sophisticated machines, and the origins and flavours of the coffee to share with customers. And that takes investment too — in training — and will command a higher wage, and hence a more expensive service. Pre-Brexit UK was a bit of an exceptional situation in that it was temporarily possible to pay under the odds for highly qualified labour. Native high-skilled baristas are, in my impression, few and far between — and more likely to be found in the most affluent areas that can pay what it takes.

Similar points can be made about cleaning very expensive cars — whose owners would not let any random car wash worker loose on them with a high-pressure hose or vacuum cleaner! It would require knowledge about how to clean expensive materials, say.

But as Hugh suggests, a focus on quality hints at a way for high-income economies to give a productive role to everyone and rebuild what I like to call an economy of belonging. Here is my last comment to Hugh:

“All that being said, quality is surely what rich countries should aim for. A shift away from commodified services that compete on price to bespoke, high-quality services that double as pleasant experiences. That requires a cultural willingness to spend on quality, sufficient and widely shared purchasing power to do so, and the ability for everyone to cultivate the relevant skills and knowledge. To simplify it a bit, turn every waiter into an oenologist.”

I would love to hear what readers think. I finish by referring you to my column from this week, in which I argue that class conflict is back, with workers seemingly getting the upper hand. On the assumption that higher-quality work is more rewarding, could the shifting power balance in labour markets itself be a driver of quality, courtesy of workers’ desire for meaningful tasks? The Lex Newsletter — Catch up with a letter from Lex’s centres around the world each Wednesday, and a review of the week’s best commentary every Friday. Sign up here