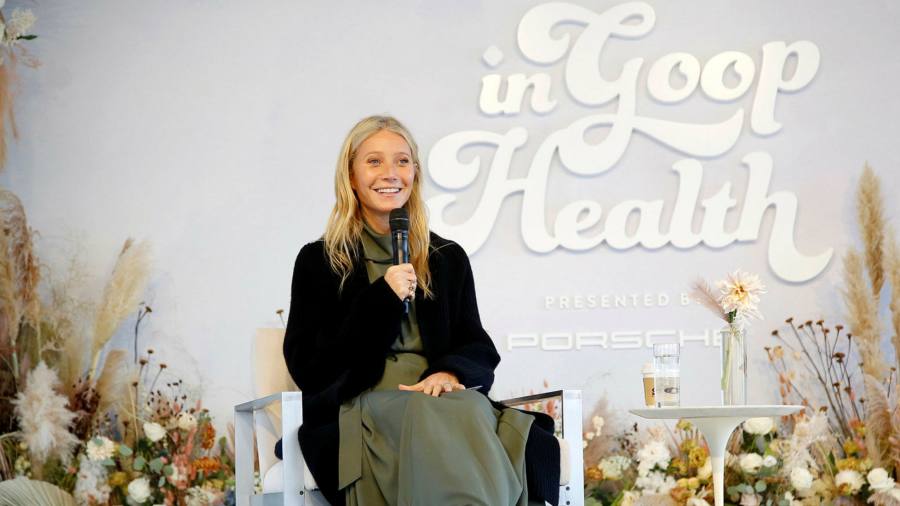 The writer is author of ‘I’ll Have What She’s Having: My Adventures in Celebrity Dieting’

Every year, in the first week of January, the new year cleanses hit the internet. They pop up temptingly, just when you have gained five pounds and found that you don’t even like ricotta egg biscuits any more. The idea is to purge yourself of the cream-laden holiday foods you have enjoyed with a “detox”. In practice this is usually a severe diet, which people pretend is about ridding the body of poison to lend it some emotional resonance.

Some regimes are more elaborate than others: a “cleanse” can mean subsisting only on water spiked with lemon, grade B maple syrup and cayenne pepper for 12 days (Beyoncé actually did that. It’s called the master cleanse. Don’t try it). But the one that gets the most attention from fans and haters alike is the annual Goop detox — Gwyneth Paltrow’s effort.

This is a true confession: I have done every single Goop detox since the brand was started by Gwyneth at her marble-topped kitchen table in 2008. In those simpler times, detoxing was easy; you made the recipes, ate the food and hoped for clear eyes and a less swollen physique. And you have to give credit to Gwyneth, which I do every day: she made it fun. She varied her menus and made you reconsider preconceived notions. There was the time when she suggested warm smoothies are better than cold smoothies (they aren’t). One year the whole thing was based on a rotisserie chicken.

But since then Goop has been standardised and commercialised and the quirky genius of Gwyneth’s culinary modus operandi has been slowly wrung out of it by people who want to sell sunglasses and vibrators. Gone are her sterling recommendations, her obscene hatred of nitrates, her love of miso almond butter sauce. Now Goop is essentially just a lifestyle brand that wants to you to buy things — part of a wellness industry juggernaut that is predicted to be worth $7tn by 2025.

Detoxing is no longer solely about recipes. This year’s Goop cleanse is a case in point — it offers a G-TOX add-on kit for sale containing a cereal, a smoothie powder, a “wellness” powder and a dry brush for lymphatic drainage. It costs $195. I hope there are other things in the kit but I don’t know for sure because I am on the waiting list to buy one. In 2022, you actually have to get on to a waiting list to go on a detox.

I have been on so many celebrity diets (I wrote a book about them) that I can, with some authority, trace their evolution through time. I tried the diet of America’s fattest president, William Howard Taft: a Victorian nightmare of glutinous biscuits and the sniping memoirs of his best friend and mortal enemy Major Archibald Butt. I tried the brewers yeast and molasses of Greta Garbo’s 1930s diet, the raw eggs and hot fudge sundaes of Marilyn Monroe’s 1950s barbiturate diet, the strange tuna grapefruit combination in Liz Taylor’s 1980s political experiment diet. All these experiments led me to the conclusion that most diets, detoxes and cleanses are horribly draconian, a concerted effort to make food taste worse.

The possible exception is the diets of the 1990s, the decade of excess, as Vogue magazine reminded us this week, when it republished a cleanse Nigella Lawson wrote as part of her regular food column back in 1996. This is an incredibly unusual moment in the history of dieting. Written like a Kingsley Amis novel, it features a recipe for crab pasta and a vegetarian curry that includes optional naan bread to go with it. The only sin, it appears, is self-denial.

According to Nigella, “self-denial is one of the more charmless of the virtues”. One should prefer a “streamlined voluptuousness — in food and, as it happens, forme”. Sure, that sounds appealing but the problem with voluptuousness is that it sells itself as moderation but is in fact very difficult for the average mortal to achieve: somewhat flat up top and somewhat square on the bottom. It makes the more mundane goal of a healthier you seem like a relief.

Nigella’s cleanse is so elaborate, delicious and sophisticated that it seems only a professional chef could achieve it. She wants you to blister a “tangle” of peppers and keep them on “standby”, mixed with anchovies that have previously been soaked in milk. You can fill sandwiches with that, apparently. She suggests making a mushroom risotto when your “girlfriend” comes over for “lunch” instead of ordering a takeout salad and two of those calorie-free iced teas. To me, making risotto for lunch is more aspirational than knowing exactly which restaurant will serve you a brown rice pasta on the Amalfi coast.

Perhaps Goop has gone too far with the 2022 detox. I don’t know. What I do know is that, while being thin has always been something of a competitive sport, it has been eclipsed by a grim, relentless imperative to spend money getting “well”. You don’t need to be on the G-TOX wait list to see that.