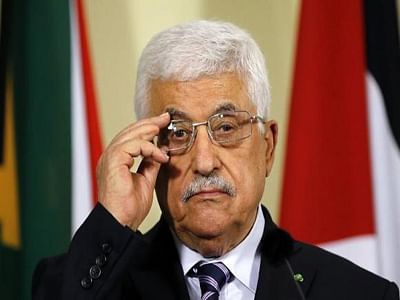 Israel unveiled a package of “confidence-building measures” for the occupied West Bank on Wednesday, after defence minister Benny Gantz hosted talks with Palestinian president Mahmud Abbas on his first visit in years.

Abbas, leading a high-ranking delegation on his first visit to Israel for an official meeting since 2010, held talks with Gantz at his home in the central town of Rosh HaAyin, according to Israeli sources and media.

“We discussed the implementation of economic and civilian measures, and emphasised the importance of deepening security coordination and preventing terror and violence — for the well-being of both Israelis and Palestinians,” Gantz said after the meeting on Tuesday evening.

These included a $32 million (100 million shekel) advance payment to the PA in taxes collected on its behalf by Israel, and the granting of 600 extra permits allowing Palestinian businessmen to cross into Israel.

It also announced the regularisation of 6,000 more Palestinians living in the occupied West Bank, which has been under Israeli control since the Six-Day War of 1967.

Israel had already announced in October — for the first time since 2009 — the regularisation of the status of 4,000 Palestinians living in the large swathe of the West Bank known as Area C, where Israel exercises civilian as well as military control.

“The meeting dealt with the importance of creating a political horizon that leads to a political solution, in accordance with international resolutions,” Palestinian civil affairs minister Hussein al-Sheikh said Wednesday.

The talks also covered “the tense conditions on the ground due to the practices of settlers” as well as “many security, economic and humanitarian issues”, Hussein al-Sheikh added.

After Israel’s coalition government led by prime minister Naftali Bennett was formed in June, Gantz had visited the PA’s headquarters in the West Bank city of Ramallah in August for talks with Abbas, the first official meeting at such a level for several years.

But after those talks, hawkish Bennett, the former head of a settler lobby group who opposes Palestinian statehood, underlined that there was no peace process under way with the Palestinians, “and there won’t be one”.

Right-winger Bennett leads a motley coalition of parties ranging from the Jewish nationalist right to the left and centre.

Israel’s right-wing opposition Likud party condemned the latest meeting, saying that “concessions dangerous for Israel’s security are only a matter of time”.

The party added a dismissive reference to Bennett’s governing coalition, which includes an Israeli Arab party for the first time.

“The Israeli-Palestinian government has put the Palestinians and Abbas back on the agenda… it is dangerous for Israel,” the Likud said.

Gantz’s meeting with Abbas follows a recent visit to the region by US National Security Adviser Jake Sullivan, with the administration of president Joe Biden seeking to reboot relations with the Palestinians that were broken under Donald Trump.

It went against the “national spirit of our Palestinian people”, a Hamas statement said.

An 11-day conflict in May between Israel and Palestinian militants in the Gaza Strip marked the worst hostilities in the area since 2014, and unrest has persisted despite an Egypt-brokered ceasefire.

Qassem was alluding to Gulf Arab states Bahrain and the United Arab Emirates, as well as Morocco and Sudan, which signed US-brokered normalisation deals with Israel during the presidency of Trump.