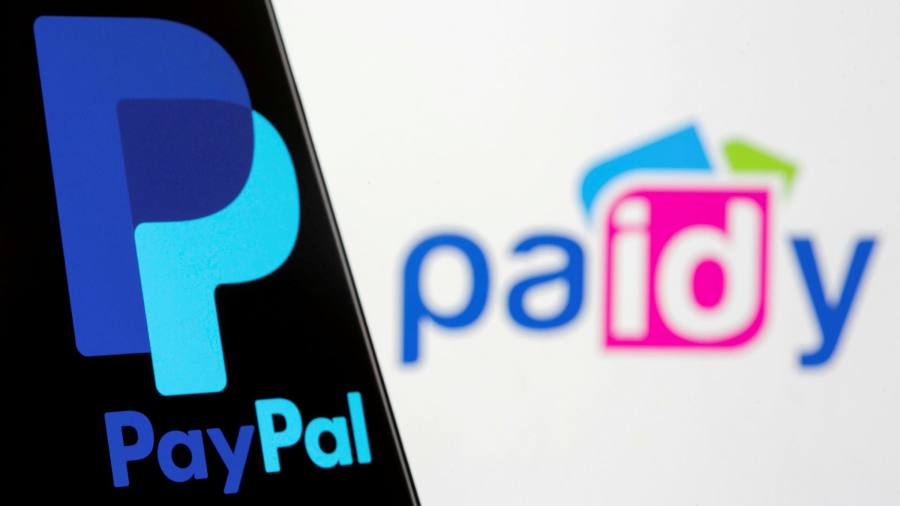 Sign up to myFT Daily Digest to be the first to know about PayPal Inc news.

The rise of “buy now, pay later” services has made it easier for millennials and Gen Z consumers to satisfy their hunger for the latest gadgets and fashion.

But a business that lets shoppers pay for purchases, often with interest-free instalments, also happens to be quite crowded in the US. Competition includes Sweden’s Klarna, Silicon Valley-based Affirm and Square, following its $29bn all-stock deal for Australia’s Afterpay last month. Even Apple has explored entering the market.

No surprise then that PayPal has cast a wider net. The US online payment heavyweight is buying Paidy, a privately held BNPL group in Japan, for ¥300bn ($2.7bn).

The offer price is a big jump from Paidy’s $1.3bn last valuation in March. But priced against forward gross merchandise value, PayPal will pay only 1.8 times, less than the 2.4 times recently-listed Affirm trades on.

For PayPal, which launched its own pay later service last year, buying Paidy allows it to deepen its push into both the BNPL sector and Japan itself.

Japan is home to the world’s third-largest market for online shopping. Yet it remains one of the few developed markets where cash remains king. Despite its reputation as a futuristic and innovative nation, 70 per cent of all purchases in the country occur in cash, according to PayPal.

Having a fast-ageing population, reluctant to embrace e-payments, has not helped. But change is afoot. Online transaction volume should grow by nearly 60 per cent to ¥30.2tn ($273.7bn) by 2024, says Yano Research Institute.

Paidy, whose 6m-plus account holders are projected to make $1.5bn in purchases this year, looks well placed to cash in on this shift. PayPal will hope to tap into Paidy’s user base to cross sell its other services.

A pandemic-fuelled boom in online shopping and digital transactions has been good for PayPal. With a market value of $344bn and a projected $5.6bn in net income this year, it can afford to add Paidy to its checkout cart.